The Knife Explore New Sonic Territory on Shaking the Habitual

Somehow, they keep making it work. 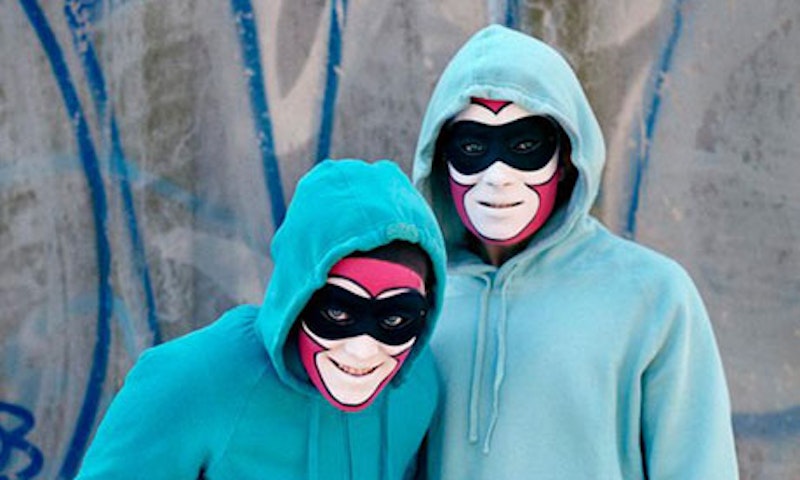 Until 2006, Swedish duo The Knife were hardly known outside of Europe. That year, Mute records released the band's first two albums in America. Far from embarking on any double album press odyssey, the siblings played it low key. By 2009's Silent Shout, their sound had evolved far beyond off-kilter synth pop. Four years might as well be a millennium in electronic music, but the combination of operatic chord progressions and icy techno of still holds up.

Fans looking for a concise album may be a bit confused by their latest release, Shaking the Habitual. The album delves, extensively at times, into sound design. Take the twenty minute "Old Dreams Waiting to Be Realized," in which a sine tone floats amidst a synth drone. Halfway in, a snippet of a synth melody wanders in and exits after about twenty seconds. That's all there is as far as familiar sonic territory. The Knife have moved away from electronic music as dance anthem fodder and embraced it as sound collage, à la Can. "A Cherry on Top" recalls the most uncomfortable psychedelic moments of Can's Tago Mago sessions—a bass swells in a bog of warped samples for what feels like an eternity.

Indulgent progressive music is not always an enjoyable listening experience, so The Knife add some more visceral tracks to the album. The elastic rhythms and keyboard loops of "Full of Fire" sound like they are being bent well beyond where they want to go. It is what you'd imagine David Lynch wanted the electronic tracks on Crazy Clown Time to sound like. The most immediately gripping track, "Without You My Life Would Be Boring," is an unlikely candidate for catchiest Knife song of all time but something about it has staying power. Maybe its the staccato manner in which Karin Andersson shouts her lines. Or maybe its the pleasure of hearing recorders being played amateurishly over frantic African drum sequences.

Habitual's greatest triumph is its ability to avoid sounding like repetitive electronic music. A lot of that can be chalked up to its obsession with swung Tropicalia beats. On "Tooth For an Eye" you can hear the turning of resonance and filter knobs amidst the din of tin drums and twinkling arpeggios. Andersson's vocals keep the music from sounding emotionally detached. On "Wrap Your Arms Around Me," Andersson places a different emphasis and articulation on every single word. It really brings to life the drama of what already sounds like the soundtrack to an interstellar rover landing. Overall Habitual is a bit of a sonic gamble by the band, but one that I believe will hold up for years to come.