The Desecration of Patsy Cline 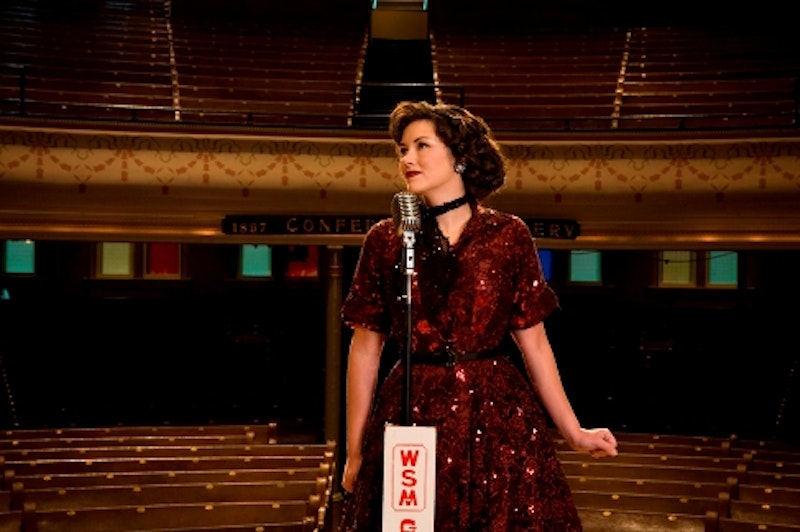 I was watching the Red Sox/Orioles game on Thursday night, which was tense enough, but nothing compared to the instant headache visited upon me during a commercial spot for Snyder’s Pretzels that used Patsy Cline’s still-heartbreaking 1961 hit “I Fall to Pieces” as the theme song. Like most people, aside from the purest of the pure, I’ve long acquiesced to the licensing of rock/soul/country hits for commerce; I think that battle was lost in ‘87 when The Beatles’ “Revolution” first hit the airwaves in support of Nike Sneakers. (The three surviving Beatles filed a lawsuit—apparently it was, big shock, Yoko’s doing—that was ultimately settled out of court.)

Besides, in this modern world, when Martin Scorsese insists upon including the Stones’ “Gimme Shelter” in almost every movie he makes, the ubiquity of “classic rock” in film and commercials just washes over me. But Patsy Cline? No doubt her estate profited from the deal with Snyder’s, yet it strikes me as borderline disgraceful to use “I Fall to Pieces” to hawk fucking pretzels. What’s next, Hank Williams’ mournful 1949 “Lost Highway” (the song was written by Leon Payne, but Williams’ cover is the one that rocketed it to, if not fame, widespread influence for future singers like Bob Dylan) for some sleazy car commercial? Maybe it’s happened already and I blocked it out.

On a related note, I was also a bit taken aback when UK sensation Jake Bugg’s smash hit “Lightning Bolt” (just currently charting in the U.S.) started appearing on TV spots promoting Gatorade. Bugg, just 19, is a potential folk/rockabilly star if he doesn’t get caught up in the glitter, and money, that has come his way so suddenly. It has to be heady stuff for a poor kid from a council estate in Nottingham. He’s appeared on most of the late-night shows here, and has received toast after toast in his native England, and as a fan I hope he’s not getting bamboozled by some manager. Remember the Romantics’ 1980 hit “What I Like About You”? Catchy song, so catchy that several years later it seemed as if hundreds of companies tagged it to spotlight whatever product they were selling. The Romantics also sued for copyright infringement, but that’s beside the point: to this day, I just can’t listen to that song anymore; and the Romantics are now a forgotten band.

It’s one thing for rock grandpas like The Stones, Dylan and The Who to lard their coffers with even more royalties; after all, they made their reputations more than 40 years ago. (Although I’ve never heard the great Stones song “All Sold Out” used in a commercial.) But for new acts, like Bugg (whose “Lightning Bolt” is now in the rotation at the Baltimore Orioles’ Camden Yards), it could prove too much of a distraction and hamper his ability to do what he dreamed of: write literate songs that become popular without the aid of an energy drink.