The DEFs of Interviewing Musicians

The ABCs were just the beginning. 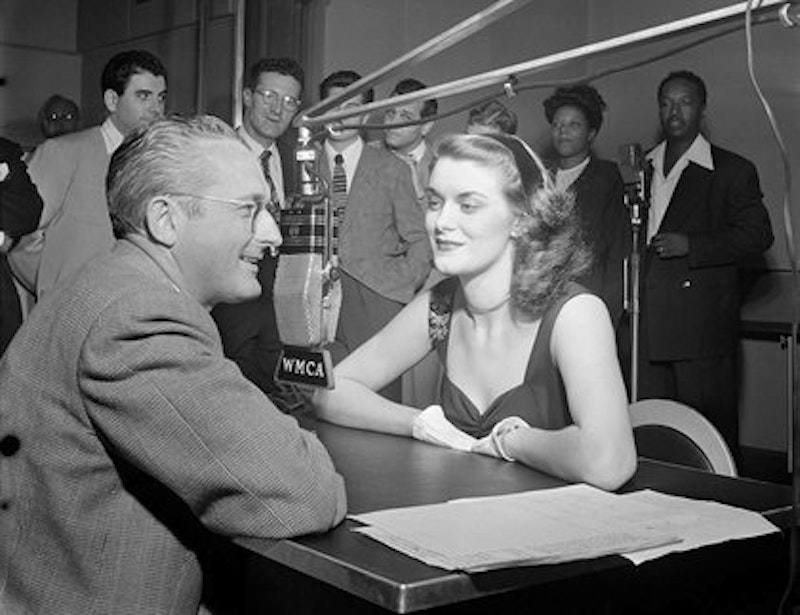 It's okay to be contrary. No one likes a sycophant after all. But the art of interviewing another person is in some ways analogous to the art of being a successful person: knowing when to yield, knowing when to acquiesce, knowing when to push harder, knowing when and how to steer the conversation in a different direction or float a backhanded compliment without actually appearing to be doing so.

About those introductory slugs. It's easy, as a writer, to get lazy about these; I'm guilty of it myself. But you owe it to yourself, the subject, and the reader to provide some degree of context as to why anyone not familiar with the person or persons you're interviewing should want to read an interview that is hundreds of words long.

Chill with all the gear questions. Sometimes they just happen, particularly if (like me) you're a non-musician who wants to understand how a certain effect was achieved on a song. What's inadvisable is tumbling down the gear-question rabbit hole, where somehow you and the interviewee wind up on a five-seven question jaunt of gear geekery and pedal fetishism and inside-baseball snipping about unnamed rival artists. Really, unless you're interviewing Phil Elverum for Tape Op or Steve Vai for Guitarist Quarterly, steer well clear of the gear babble.

Do not suffer fools. One of my favorite recurring media quotes turns up, every week, at the start of The New Yorker's live-music listings section: "Musicians and night-club proprietors live complicated lives." The inference there is that shows are unlikely to go on precisely at the times advertised, but apprentice interviewers can take a lesson, too. That lesson is: you're gonna be stood up at least a few times. Subjects will totally blank on the fact that the interview is supposed to happen, or a crisis will intervene, or there will be some sort of breakdown in communication between subject and publicity person. In best-case scenarios, the subject or the subject's appointed representative will hurriedly reschedule; in worst-case scenarios, it will be as if you'd never even arranged an interview at all. My rule of thumb is that I'll allow for one—one—missed date; if we reschedule and that's blown off with no prior warning, I'll be inclined to call the whole thing off unless significant reassurances are made that there won't be a third strike. It's not just my ego and reputation on the line, but an editor's expectations and looming deadlines. This shit is complicated. Do not suffer fools.

The great telephone vs. in person vs. email debate. First, it should be understood that there is no one right way to interview another human being. If you are somehow eliciting information from your subject in a way that is interesting to someone who isn't either of you, you're on the right path. There are, however, three traditional ways to interview somebody else. The first is to be in the room with that person, or in a car, or on a Lear, or on a tour bus or wandering the abandoned backstreets of a city, ideally fondling a working tape recorder. This is great work if you can get it, but unless you write for a Big Important Magazine With An Expense Account or live in the same city as your subject, it's probably not happening.

More likely, you will call the interviewee(s) or converse via email. Each of these approaches has their advantages and disadvantages. Calling allows for color, atmosphere, and spontaneity; people say all kinds of crazy shit when they're caught off guard by even the most innocuous of questions. But it's difficult to take accurate notes while on a phone call, recording equipment has a way of failing when you really, really need it not to fail, plus some interviewees are leery of being misquoted. Naturally, editors prefer phone interviews. Email interviews are advantageous when you have a lot of lead time before you have to submit the interview or the piece, because they allow for thoughtful answers and equally thoughtful follow-ups. Plus it's tough to misquote someone who answered your question by typing out their reply.

Chill on the show-stopping displays of musical vocab. Why? Because the vast majority of people don't have Ph.D.’s in music composition and theory and will have no idea what's being talked about beyond maybe "crescendo" and "octave" and "tenor."

Beware the risks of interviewing artists too often. Namely, the possibilities that: you'll run out of things to talk about or questions to ask; get to know each other so well that your objectivity is effectively neutralized or reference a compendium of previous exchanges that either you'll have to heavily footnote previous interviews, or readers will have to find and study those interviews, or readers may content themselves with not really getting it, and as a result experience the interview as more of a chat between two old friends than a light jousting match between two parties on opposite sides of an electrified fence.