The Casual Horror of “Hotel California”

You can never leave. 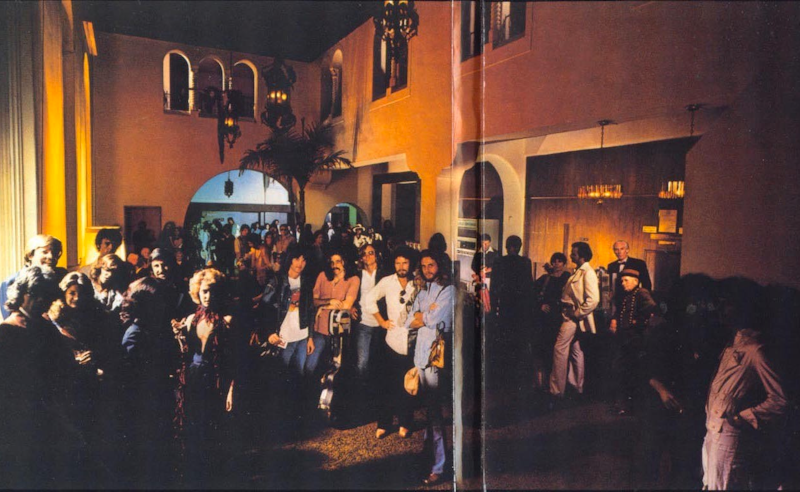 We were always traveling in vans, it seemed, en route to a mall or a nursing home or a television show or some supper club out in Sparks. We’d sing; strangers dug it. This was the price some of us paid, gladly, as high school students, for easy enough As. “Chorus” was a daily class, we were the Hallmen; our voices were finely honed weapons.

There was, inevitably, a moment on every one of these jaunts where everything went sideways. The vans—frequently employed by athletic teams—stank of sweat and body odor. No one could agree on a radio station so we were stuck with small talk and the rumble of the road, for a while.

Then the brattiest of my fellow Hallmen would wink at another Hallman, and it began: three or five of them would launch into a rendition of the Eagles’ “Hotel California.” All of “Hotel California.” Every single fucking verse. Sometimes they’d sing the song twice, fumbling the lyrics and struggling not to break up in the process.

In isolation, I don’t have any opinion either way about the Eagles, a band beloved by millions of people; they might as well be Bread or Michael MacDonald. They’re fine, and I sincerely bear them no ill will. Yet my fellow Hallmen’s impromptu “Hotel California” performances filled me with rage, and whenever, more than two decades later, I have cause to remember them, my loathing for the Eagles intensifies.

“Why did the Eagles have to write this stupid song?” I wondered, now as then. “If they’d never written it, I wouldn’t have to hear these boneheads massacre an endless hit single none of us can begin to understand every two weeks.” It was excruciating, and on some level it seems like I’m still stuck on one of these vans, waiting for these douchebags to wrap up and smugly congratulate one another for making it through.

In retrospect, my agony was about reticence and control; in youth I was too reserved to ask them to stop, or to complain to our chorus director, and even with a battery-powered Walkman in tow I lacked the agency to drown “Hotel California” altogether. But even if “Hotel California” didn’t exist, these fools would’ve found another song to slaughter in the name of keeping their vocal cord supple: something by Eric Clapton, maybe, or Simon and Garfunkel. There never would’ve been any escape from this post-adolescent reign of terror; some tortures are baked in, inevitable, eternal.