The only problem with their new EP? It's not a full-length. 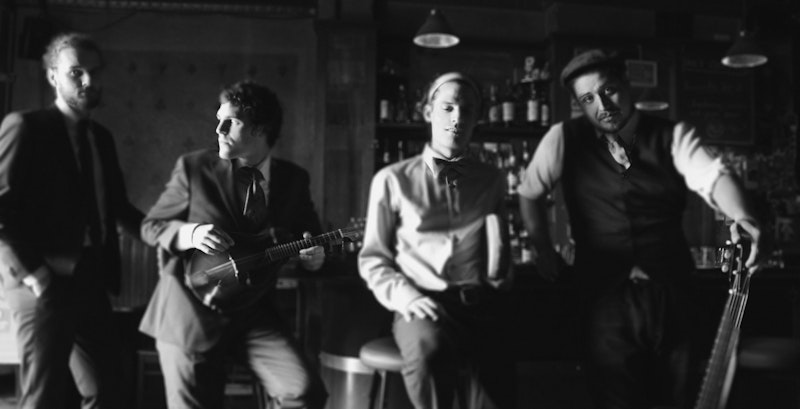 It's not every day that a weird genre-blending band that mixes soul, jazz, rock, and folk music gets an invite to play for the President of the United States. But that’s what happened for the Boston Boys just a couple of years after they got together back in 2009. They played for Obama's reelection campaign, along with six other groups, then started recording their first EP (2012's What You Say?!). After that, of course, the Boys went on tour... through North Africa and the Middle East, on a trip sponsored by the State Department.

So far, the band hasn’t taken the conventional rock 'n' rollers' path to "making it." One might suspect a state-sponsored band of being shills and antithetical to the idea of indie. Relax: the Boys are apolitical, a likely reason they got the nod for the diplomatic trip east in the first place.

Should there be any lingering doubts, the skeptic in question should listen to the Boys' new EP, Keep You Satisfied, out in October and available for streaming on their Bandcamp page. Case in point: "Amelia," a (mostly) slow jam about being too drunk to walk and getting a ride from a stranger. Think of the last time you heard a song in which the singer begged for a ride home: it was most likely a metaphor or a desperate cry for sex. Not this time. Getting it up is not an option; getting safely to a mattress, a necessity.

The rest of the EP is just as much fun: I spent my own boozy ride home one weekend making my friends listen to "Satisfied," a raucous and exuberant track full of funky grooves and slide guitar that's worthy of any blues fan's attention. The mandolin and fiddle on “Endless Creation” play some unexpected solos, and "Honeycomb" sounds like the most subversive square dance in history. Meanwhile, "Take Me Under" ends the regrettably brief album gracefully, seeming to look forward not just to the joys of life, but to the peace of death as well.

When you take it as a whole, Keep You Satisfied sounds like what would happen if Stevie Ray Vaughan and Elvis Costello got together for a weekend at a renaissance festival. The Boston Boys call their genre "future roots," and there's not an ounce of pretense behind it: they are actually the creators of some brand-new musical stylings.