Hear Ye Him: The Year's Most Resolutely Uncool Rap Album 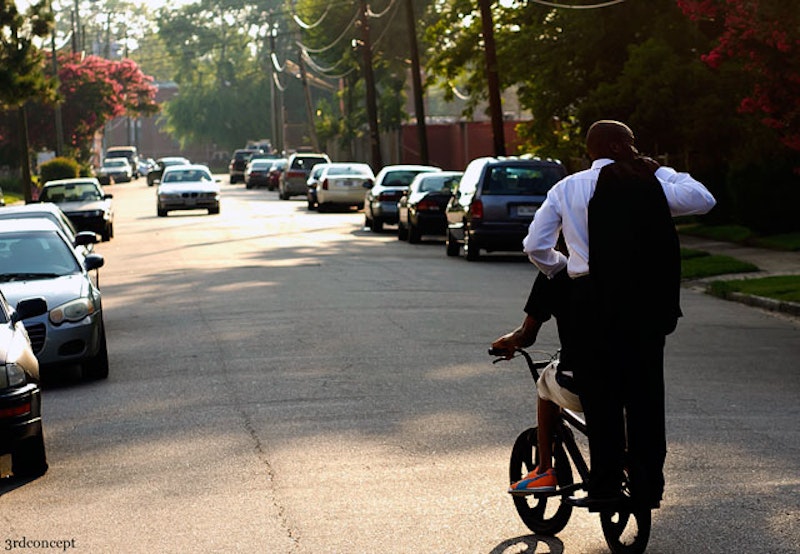 Hear Ye Him is a religious rap album, which automatically transforms it into the least fresh hip-hop option available to anyone; that fact lets the air right out of the room at jump. There are boastful KRS-One and Brother J from X Clan shout-outs, talk of having left childish things behind, and the kind of retroactive coke-dealer prattle that stalks a line between regret and reminiscence. There are a bunch of vexed, preacherly interludes, one of which seems to have been delivered by the guy who narrated the "School Spirit" skits on Kanye West's The College Dropout. Major league rap in 2013 doesn't get much intrinsically lamer than this.

So it's a pleasant surprise, albeit a small one, to not regret shelling out iTunes dough for Hear Ye Him. This is a record with no guest spots beyond the Clipse/Re-Up Gang diaspora. The beats are lukewarm, and the Neptunes' Chad Hugo is the closest thing to star producer you'll find here. There's a lot of didacticism on display, and the vibe is more mixtape prelude to an album-proper than album-proper, but all of this is rendered irrelevant by how great it is to get to hear No Malice spitting fire again, even if he's doing so while beating a Holy Bible.

The album opens with Ab-Liva in breathless conspiracy-theorist mode on "Smoke & Mirrors," then No Malice gets down to God's work. "Blasphemy" feels like an intentional throwback, indulging in old-man chatter over a barrage of wickety-wack DJ scratches—it's one of several clueless, Jay-Z on Magna Carta... moments here, topped off by an actual sermon at the end of the album.

Elsewhere, there are highlights. The title track hemorrhages repentance for glamorizing the drug game and subsidizing an older brother's addictions. A whistling neon latticework of synthesizers and imperious hauteur, "Unforgettable" invokes Clipse at its lethal, lyrical best, quotes Pete Rock and CL Smooth's "T.R.O.Y.," and endeavors to talk strippers into less demeaning professions. "Different" aims younger, in the sense that one could imagine some well-meaning high school vice principal throwing it on during a pep rally, or popping up in a Mama Sunshine Family Singers routine; it's the closest Hear Ye Him comes to anything like mainstream viability.

S1 and Greg Fears Jr. lace the excellent "Shame the Devil" with pensive, hiccupping pianos and a Jamaican toasting chorus that serve as a perfect backdrop for a Clipse reunion, No Malice recanting the snow-slinging he built his early rhymes around while Pusha T embraces the void. It's the best song on Hear Ye Him, by a country mile, and might be a foretaste of what's to come whenever the next Clipse album finally drops. Might. Rappers turning prophet—then reverting to type—is nothing new, and there's enough longing for old haunts, old habits, and old homies here (see "Still Got Love" especially) to believe that No Malice's conversion is little more than a phase.