Pop Discovery in the Basement

Buffalo’s The Toys had it all: 15 years too early. 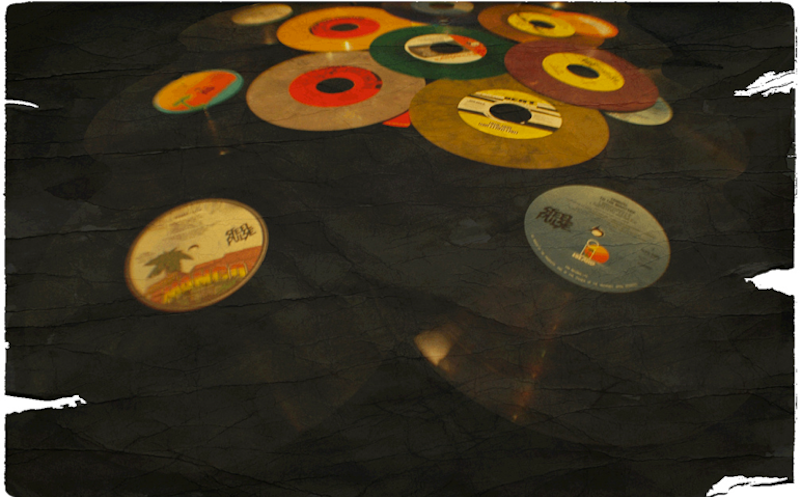 I wish songs were inexhaustible, but like any natural resource, they can only be exploited to a finite point, before becoming hollow after years of repetition. I loved Animal Collective’s “The Purple Bottle” immediately and intensely, a song that felt so good and exciting to listen to, 600 times. Unless I try hard it does nothing for me now. Just like a binge-like shame, how could I be so naive, and ruin this song that made my head blow up in 2005? That’s after years of abuse. I’m convinced that once you start gathering a song or a band’s details—what they look like, the real lyrics, the circumstances of the recording, band dynamic—you begin chipping away at a song’s ineffable expression. Once you become a devoted fan of a group, the canonical album versions get worn out quick, and after two or three years of consistent rotation, it feels impossible to access what any of those chords or words meant to you before they were ingrained in your nervous system.

Digging around in the basement, I found a 45” that probably belonged to my Uncle Gary: “Livin’ Fast” b/w “I’m Tellin’ You Now,” by The Toys, a power pop/proto-pop punk group from Buffalo. I grabbed it and put it on upstairs without much thought, the cover was cool, and the lineup rules (Meat Cleaver, Kevin Rat, Rocky Starr, Mick Tyler). It completely kicked my ass. This YouTube version sounds a little wonky, but the guitar tone is so perfect, warm, heavy, and the riff would’ve been Top 40 material 15 years later. “I’ve been living fast/Never think about the past/Dropped out of school at age 14,” the verses are common punk, but that main sequence, open G-A-D with that cutting descending riff at the end is glorious, predating Hüsker Dü, the Descendents, Green Day. Amazing stuff if you think Cheap Trick is long-winded and dull. “I’m Tellin’ You Now” is another triumph in simplicity, a universal sentiment with broad lovelorn lyrics and a weeping smiling wry refrain.

I don’t know what I imagined these guys to look like, but I knew their history was brief, and this was probably the most substantial thing they put out. I looked them up, and honestly, after seeing them play these songs in 2011, the magic of those two-minute bursts has been way dirtied by this extraordinarily depressing rendition. Which is obviously completely unfair to the poor Toys 3.

To make up for it on a different note: the band Squeeze, their song “Another Nail in My Heart.” I dug up their Singles Under 45 collection and loved the whole thing, but this one only sort of stuck with me. It wasn’t until I saw this performance on Top of the Pops, with Glenn Tilbrook performing intensely for the camera. And the three notes that make the song: when Tilbrook and Chris Difford harmonize on the words “bar,” “found,” and “heart,” the sound of their blended voices is this wonderful clean marble sound, a beautiful tone. And I might not have noticed or identified with that harmony if not for the goofiness of Difford as he bends awkwardly into the frame to share Tilbrook’s mic, who’s obviously dominating. Then there’s the footage of Squeeze performing a perfunctory version for a half-empty, mostly sitting, and very old casino or cruise ship crowd. Tilbrook’s billy-goat beard isn’t acceptable in any realm and has suddenly made me scared to listen to Squeeze for the next 48 hours.