The Allure of the Double Album

Is it an entity on its own, or just a collection of more songs? 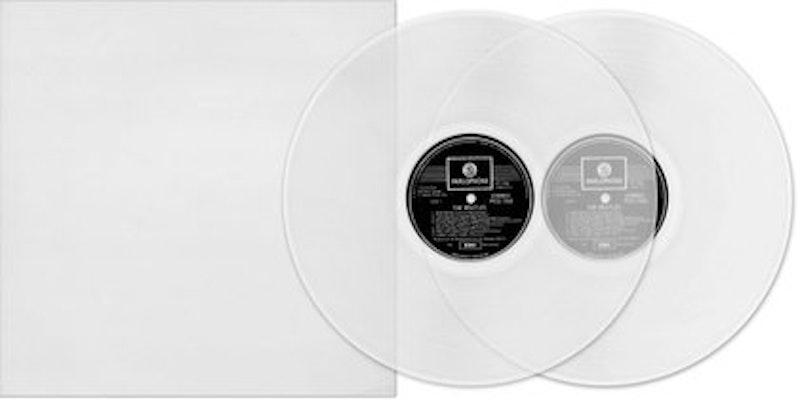 What does it mean to make a double album in 2013? Vinyl is back, so an artist can still spread an album out over a pair of records. But CDs hold 80 minutes of music, meaning musicians have to produce an exceptionally lengthy piece of work to require more than one disc. This makes the double album seem less like a spontaneous artistic choice and more like a calculated decision, perhaps driven more by profit than the muse. And in the world of limitless digital space, listeners can ignore any constraints or demands of form anyway. Despite this, bands keep making double albums. This month sees two artists take this leap: Arcade Fire, with the 13-track, 75 minute Reflektor, and Cass McCombs, whose Big Wheel And Others makes Arcade Fire appear conservative with its 22 songs and 86 minutes.

Why do double albums have such cultural cachet in the first place? In their list of the Top 10 albums of all time, Rolling Stone includes four double albums: The White Album (10), Blonde On Blonde (9), London Calling (8) and Exile On Main St. (7). Almost every famous baby-boomer group threw one together—other venerated examples include George Harrison’s All Things Must Pass, Led Zeppelin’s Physical Graffiti, Pink Floyd’s The Wall and The Who’s Tommy. When hip-hop was coming into its own and needed to ensure it was viewed as a legitimate art form, out came the double album: in the 90s both 2pac and the Notorious B.I.G. decided one album wasn’t enough. Many rock groups who missed out on the baby boom but were intent on classic status, or drew on classic models—the Smashing Pumpkins, the Drive By Truckers, Wilco—also put out double albums. Arcade Fire and Cass McCombs both fit into this tradition.

They also fall into the double album tradition in another way: they’re white. The double LP is largely a tool of white men playing rock. Traditionally, black pop artists aren’t as easily seduced by the idea of making a double album. Hendrix put together Electric Ladyland; James Brown did The Payback; Stevie Wonder had a couple double entries in the 1970s. Marvin Gaye’s divorce pushed him to release the cathartic double album Here, My Dear, and Prince showed the breadth of his capabilities on 1999 and Sign O’ The Times. But double albums are historically rarer in black pop, and possibly more striking because of that.

Most double albums are intended to be serious statements. But is the double album actually an entity on its own, or is it just a collection of more songs? Most double albums could easily be condensed—of the four deemed elite by Rolling Stone, only Exile seems difficult to trim. Everyone knows there are some whiffs on The White Album. Bob Dylan’s most surprising country-tinged record came several years after Blonde on Blonde, when he recorded Nashville Skyline, the tightest and most concise statement of his career. London Calling is front-loaded.

What’s true for the classics often goes double for the imitators. Making a double album may originally have represented rebellion, resistance to the short and sweet imperatives of the pop market, but it quickly became formulaic, a standard career move that suggests grand aspirations if not grand artistry. Singers tend to add skits or interludes, to push song lengths, to bring in more collaborators, anything to add padding. Sometimes they pull from the vaults: All Things Must Pass contains a bunch of songs Harrison didn’t get to record with the Beatles; Physical Graffiti takes tunes from a number of different recording sessions.

If it’s important to slot double albums into career trajectories for cross-artist comparison, where does Reflektor fit in? Rolling Stone called it the equivalent of Exile On Main St., which is laughable. It would be close to impossible for any band to reproduce the unique set of career circumstances that went in to Exile. As the fourth Arcade Fire album, and one that signals a sonic direction change, it probably most resembles (if not sonically) Prince’s 1999, which was his fifth album, and also represented a shift in musical direction.

Arcade Fire digs into dance music for the first time on Reflektor, which comes filled with snappy tempos and massive bass grooves. The passionate, ringing march style of younger Arcade Fire still makes an appearance now and then, but marching is more rigid, and this wants to groove—“You Already Know” positively swings. Strings and horns scale things up, peppy, thick, and dramatic, then fade away, leaving fierce guitars and ticking cymbals. There is a steady cycle of expansion and contraction, a battle between decadence and a barer pulse, both connected by the imperative of movement. Hand percussion bursts through the mix at one moment (“Awful Sound”), squelching synthesizers and programmed percussion (“Porno”) the next. Occasionally the sound devolves into auditory clouds, or just twirls steadily upward, ignoring structure.

The bands in Arcade Fire’s DNA—David Bowie and U2, for example—turned to dance music once they felt trapped in a prison of guitar-rock anthems. Of course, Bowie’s Young Americans was about 40 minutes, while U2’s Achtung Baby was closer to 55; neither were double albums. Alternatively, Prince’s 1999 quickly dispensed with its three pop hits, then spent the rest of the 77 minutes spinning a funky web radical in both its sparseness and its use of synths and drum machines. Reflektor feels stuck in between these two modes, a dance record that can be too busy and too much of a chore to dance too.

Big Wheel is Cass McCombs’ seventh record, and it’s more aligned with Bruce Springsteen’s double album entry, The River, which was his fifth release. McCombs adds double-album touches—three skits, a nine-minute song just because, and one tune that he does twice. But in the same way The River was a Springsteen record, just longer, Big Wheel is a McCombs album, plus some extra.

He moves song lengths out close to six minutes or more several times, but the core of the album is basic templates from the American pop pantheon. Blues, a touch of soul, plenty of country—one tune is titled “Home On The Range”—and basic melodic rock all make appearances. It’s a loose affair, often held together by ramshackle rhythms from the drummer: a lazy shuffle, flickers of funk, a laid-back country beat, simple support.

McCombs is a master of pop economy when he wants to be, like on “Brighter!”, a pretty, vaguely melancholy song that feels ignorant of time—it’s a lullaby that could’ve been written in any decade, starting with the 60s. “Dealing” has touches of the Beatles. There are also tracks that feel like improvisation around a repetitive rhythm, a Lou Reed-esque misstep “Joe Murder,” and “Everything Has To Be Just-So,” the nine-minute song in the middle of the album, which features weird percussion, hushed vocal repetition, and a gorgeously melodic mid-section buried deep in the mess. It’s hard to think that the pretty flashes could only be attained with experimental bells and whistles. Self-editing can be a shackle; it can also be an important skill.

The double album trudges on. Like the Constitution, it’s mostly out of date, but it’s embedded firmly in pop’s DNA, and difficult to revise. Face it—a lot of the time, double albums are mainly valuable because they fail. They offer proof that bigger isn’t necessarily better. They remind us that pop music doesn’t necessarily need to be lengthy or grandiose to be valued as much as something else that is both those things.