Worldwide hip-hop darling M.I.A. stops in with a Vassar writer, where she discusses how bright colors in her graffiti influence the music she makes, the decline of the nation state, and why she always likes the underdog. 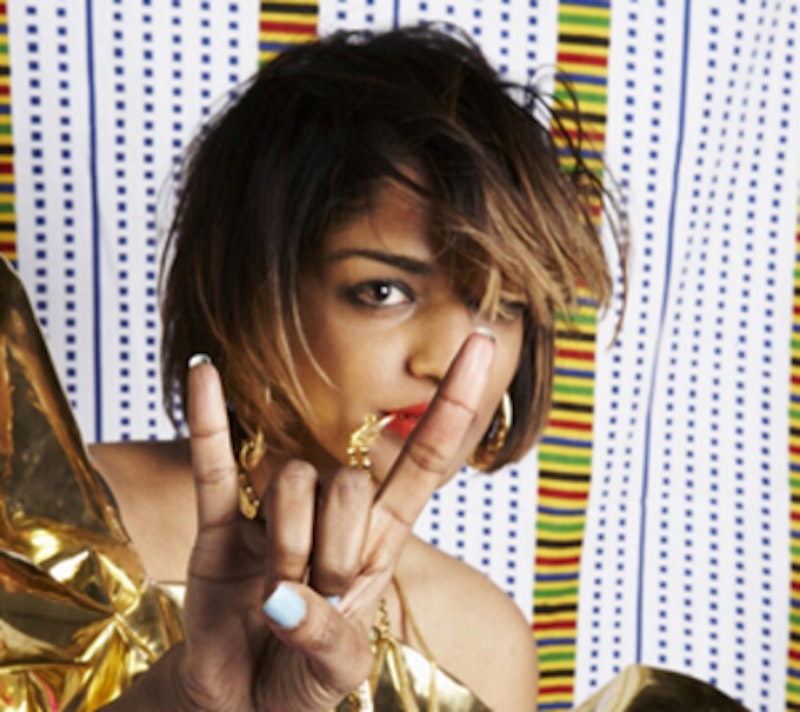 "MN: You’ve lived in Sri Lanka, England, and America in a time when citizenship has been fraught, especially in a post-9/11 context in America—what are your thoughts on defining citizenship?

M.I.A.: Well, I normally I don’t have like a defined opinion on that yet. I think at different stages I’m learning different things and I think all of it is useful and that’s how I generally live, you know? So in the beginning when they didn’t let me in I had immigration problems and stuff I wanted to be like, ‘look, what I’m really good at is making something out of nothing, and that’s what I had to do and you know if I had to like make an album in Camp X-Ray or something in Guantanamo Bay, I would have done it and that would have been the challenge. So I felt like oh, now I’m having to do something that I’m actually really good at. I probably wouldn’t have been good at making this album sat in a really amazing studio…and so I think that thing that I’m learning now about my citizenship issue is changing all the time, you know? Now when I go to…I don’t know what’s important to me, I don’t really think that any particular country is that important.

MN:So would you say that you think of yourself more as a global citizen? Does that relate to your song “World Town”?

M.I.A.: Yeah, I mean maybe that’s the future. I don’t think anyone thinks about the nation like that anyway. That’s the whole point of our generation. We create things like virtual cyber world and we can exist and create communities in cyberspace that link us.