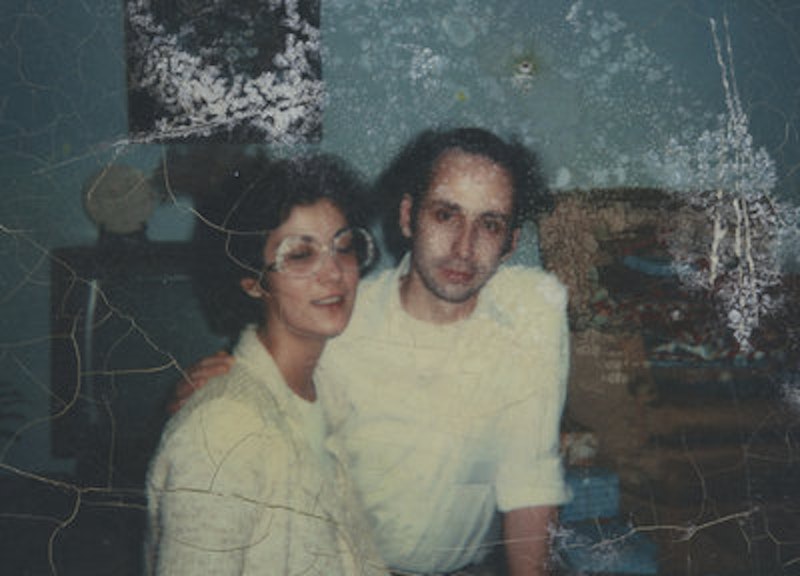 In the words of longtime music critic Wif Stenger, Sufjan Stevens has a lot of dreck to answer for. He broke through with Michigan and Illinois in the early aughts, equally hyped for his music and for his promise to record another 48 albums for the rest of our states. At 12, I sort of bought the schtick—those records were long, and if he did two or three a year, it’d only take a few decades. Delaware could be an EP. It was a great publicity stunt, and Stevens was prolific enough in 2005 that it wasn’t hard to imagine half the union getting coverage by now. Few expected him to follow through, but even fewer thought Illinois would be his last proper full length for five years. 2010’s The Age of Adz ditched the Philip Glass meets National Geographic big band orchestrations for a darker and more abstract electronic sound—sort of like The Postal Service coming down from way too much bunk acid. The only thing I could compare it to at the time was Song Cycle by Van Dyke Parks: a dense record that takes time to click, but once it does, you’re locked in for life, evangelizing on its behalf to every open ear. I never gave The Age of Adz a chance to sink in even with another five years of silence from Stevens, but I’m excited to revisit all of his records after hearing Carrie & Lowell, his latest LP for Asthmatic Kitty. Minimal and emotionally devastating, Carrie & Lowell is total black cloud music like Elliott Smith or Joni Mitchell’s Blue, a record for very particular times in your life. Deep mood music that could either save your life or spoil your barbecue.

But don’t call it folk music unless you want Joni Mitchell to ash in your eye. Sure, most of the songs feature only vocals and double-tracked guitar, banjo, or organ progressions, delicately decorated with overdubs only when absolutely necessary: like the glitchy tabletop-tapping and subtle organ stabs as percussion on “Carrie & Lowell,” or the time-stretched Aquarian electric piano that leads “Fourth of July,” a song that ends with the refrain “We’re all gonna die.” The song “Eugene” ends with a couplet I only caught on third listen that kicked me in the gut: “What’s the point of singing songs/if they’ll never even hear you?” The scariest thing about Carrie & Lowell is its extremely common and ordinary circumstances: Stevens’ mother Carrie died in 2012, and her time with him was brief and fraught with trauma brought on by her severe mental illness and substance abuse. Stevens recently told Pitchfork “I started to believe that I was genetically, habitually, chemically predisposed to her pattern of destruction […] In lieu of her death, I felt a desire to be with her, so I felt like abusing drugs and alcohol and fucking around a lot and becoming reckless and hazardous was my way of being intimate with her.”

On the lead single “No Shade in the Shadow of the Cross,” he suggests he turned to heroin in desperation: “I’ll drive that stake through the center of my heart/Lonely vampire/Inhaling its fire/I’m chasing the dragon too far.” But unlike Smith and Kurt Cobain, this isn’t his normal milieu. Stevens has never had a suicide fixation or romantic notions about hard drugs, and never wallows in the blackest muck for fun like Shotgun and Kitchen Knife. Carrie & Lowell isn’t cathartic and it has no resolution, other than “Life goes on.” It has the air of a difficult but necessary rite, like giving a eulogy or seeing someone slowly eaten away by cancer, or the unimaginable, holding hands and ringing the hospital bed as death comes and life leaves, and you go home and do what, exactly? Cook dinner? Well, yeah. That’s life. It sucks but we’re all we have. Even in its profound sadness, Carrie & Lowell is redemptive and spiritually affirmative—compared to Smith and Cobain, whose music reveled in the relief of oblivion, Carrie & Lowell is so much less selfish and immature. Everyone’s parents die, everyone will see people they love go, never knowing how or when, and you have to carry on for everyone that’s still around. It bites, but like Joni Mitchell’s Blue, Stevens addresses his blues with duty instead of using it as a playground to further lose himself.