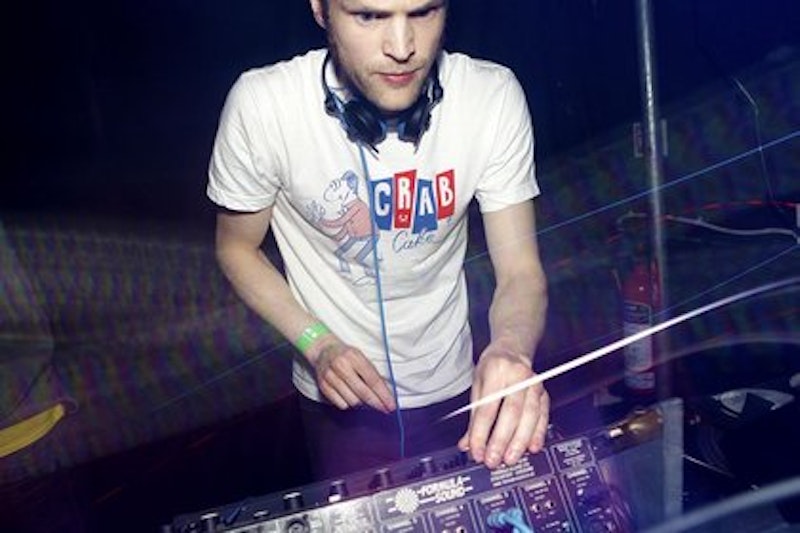 Todd Terje’s first official full-length release bears a smart title: It’s Album Time. The strange rules of the pop world recently compelled Skrillex to put out his first album—despite the fact that he conquered the world without needing one—and forced Pharrell to come up with a hastily-stitched-together group of tunes to surround “Happy,” even though the single certainly didn't need that kind of protection. The duo Duck Sauce, composed of two successful DJs, A-Trak and Armand Van Helden, are putting out their first album this week, though they too have had plenty of success with one-offs (see “Barbra Streisand”). Rounding out the white-man spring disco revival is the group Chromeo, who’ve been splashing around in this puddle since their first release 10 years ago. Their sound is suddenly in vogue, so it’s album time.

Terje loves disco, funk break beats, and synthesizers worthy of 1980s movie soundtracks like Escape From New York. “Preben Goes To Acapulco,” the second song on It’s Album Time, establishes all these themes with a heavy bass groove and wild, flowery arpeggios from synthesizers tuned to their tinniest. “Strandbar” has big disco keys and kick drum; “Delorean Dynamite” shows some of the hammer of Donna Summer.

Several of the tracks on Terje’s album have already been released, like “Inspector Norse,” the last track and one of the most potent. It’s firm but jumpy, with flat drums that land thickly and dissipate immediately, leaving you slightly unsatisfied. Squeaks and other various strange effects ricochet around, childish and appealing. Terje uses furious changes in the top line of melody to add to the breakneck feel in “Oh Joy” and “Swing Star Part 1,” which touches on Alan Parsons’ “Sirius” (also known as the song that always plays before basketball games).

When Bryan Ferry shows up to murmur his way through a cover of Robert Palmer’s “Johnny And Mary,” a chugging hit from 1980, it marks a rare appearance of the fragile human voice, largely absent on the album, and a startling shift in tempo. Speed is of the essence for most tracks, but since Palmer’s song is already plenty fast, Terje slows it down, replacing the sturdy purpose of the original with finger snaps, soft vocals, and a long slow build. It’s swoony and fully realized, a victory that’s sweeter because it comes outside of the album’s comfort zone.

Duck Sauce share Terje’s passions—at times, their Quack album resembles a set you might hear at a club in 1979. The DJ’s take classic disco and new-wave hits, then adjust them and speed them up for maximum impact on the dance floor. “Barbra Streisand,” from 2010, pulled an easily hummable vocal line from Boney M’s “Gotta Go Home” (1979), looped it over a bruising beat, and incorporated occasional interjections of, “Barbra Streisand!” This combination went platinum or gold in nine European countries.

The Duck men stick to their formula, finding old grooves and sprucing them up. They apply this treatment to THP’s “Good To Me” and Final Edition’s “I Can Do It (Anyway You Want),” both from 1979, A La Carte’s “Ring Me, Honey,” from 1980, and the Members’ “Radio,” from 1982.  The remodeling usually revolves around the beat—clean it, make it snap, add a little speed and density.

In between tracks, Duck Sauce crack wise with skits or spliced-in dialogue (apparently hip-hop inspired) to make sure that the ever-present thump doesn’t become monotonous. There’s an origin story intoned in an English accent: “in the beginning was the word, and the word was duck. And lo the word of duck was quack.” Someone calls the music “acid house meets Elmer Fudd.” A man makes a phone call looking to fill his entire Jacuzzi with duck sauce.

Like Terje, Duck Sauce are most exciting when they throw a curveball; in this case, by leaving behind the pilfered 70s hooks. “Everyone” pulls in Dave One, A-Trak’s brother, to sing on top of a crisp, streamlined pulse while a siren spurts in the background. He glides over the brash beat, singing “Every morning, she knock me off my feet about it/ every morning, she won’t be discrete about it.” It’s simple and giddy, moving beyond homage.

Dave On is one half of Chromeo (P-Thugg rounds out the duo), who have been producing their own smooth combination of disco and synth-pop for a decade. Their latest album, White Women, comes out in May with more of the same. But artists like Daft Punk, Avicii, and Robin Thicke moved in on Chromeo’s territory last year with great success. Is it finally Chromeo’s turn in the spotlight, or have they been knocked out of their own party?

They don’t go down without a fight—Avicii and Daft Punk may have gotten their hands on disco-king Nile Rodgers and his golden guitar, but Chromeo has been imitating him for years.  “Over Your Shoulder”—which sounds roughly like the Doobie Brothers covering Parliament’s “Spaceship”—and “Hard To Say No” both display those clipped, loping riffs that spool out and sprawl over the beat. Dave Boy is in his usual mode, wooing the ladies, often with questionable methods. “You see your problems of self-esteem could be self-fulfilling prophecies,” he sings, “so probably your best policy is to talk to me.” His plan is to win her over by pointing out she doesn’t have any better options. He compounds his mistake by squeezing five or six too many syllables into the hook, disturbing the song’s efforts to be laid back.

Chromeo’s themes have been the same since day one: “I’ll give you bonafied lovin’” was a hook on their first album, as was its inverse, “Needy Girl.” Poor Dave—his loving is so good it causes him problems. White Women finds him getting jealous (“Jealous”) and instructing a lover to “Come alive and give it up girl before you lose your mind” (“Come Alive”)—it’s for her benefit. In “Sexy Socialite,” Dave goes even further, offering advice and protection in addition to romance, like a mildly creepy professor hitting on a student. “You’re out alone/so young and full of promise/I could be your boyfriend and your counsellor/cause the night might damage ya.”

In “Old 45s,” a ballad, Dave suggests that finding “an old jukebox” can revive your faith in romance. Terje has the glitchy “Inspector Norse” and the offbeat Palmer cover in his corner; Duck Sauce have “Everyone” and levity in theirs—both artists are able to transcend pastiche. Chromeo is stuck with some old records and a cheesy come-on. These days, even the jukeboxes are digital.