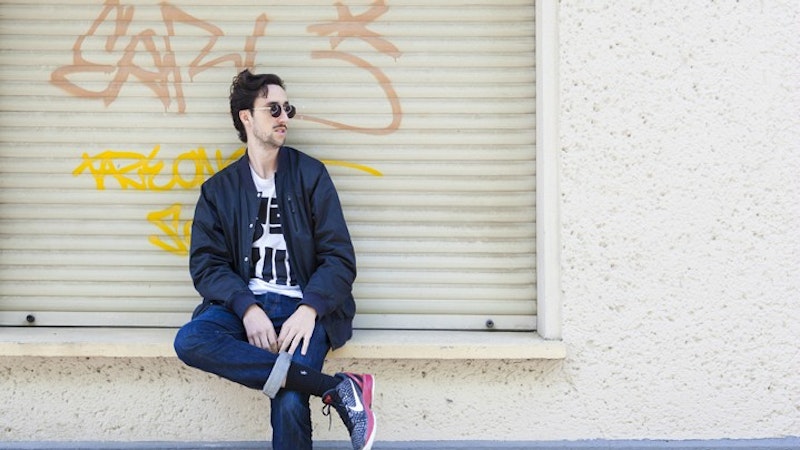 Vintage disco rules the land, but beneath this shiny surface, a different type of R&B is lurking: not lush and bouncy, but slinky and cavernous. As is the case with many musical developments, the popularization of this aesthetic is largely due to hip-hop—seeds can be found in the work of Mike Will Made It, Drake, and YG. Last year, young singers like Lorde, Banks, and Tinashe all got traction with songs relying on spare percussion, medium-slow tempos, and shifts from crawling verses to full, sticky hooks. Already in 2014, a number of artists—from a variety of backgrounds—can be found creeping through a stretched-out, hollow-sounding world.

Marian Hill, a duo from Philadelphia, works from the bottom up, attempting to make R&B with the smallest number of ingredients. On “One Time,” from their debut EP Play, isolated bass notes burst in between snapping fingers, and a lone horn toots a few lines. Vocalist Samantha Gongol mostly sings alone and avoids the voice-multiplying effects commonly employed in today’s studios (especially in modern R&B production). The horn provides the thickest texture, but even that is lithe and slippery. “One Time” uses slink as swagger, with Gongol warning male admirers to stay away if they’re not serious.

Tom Krell, who performs as How To Dress Well (he put out his first album four years ago), works in a similarly slinky mode on a new track, “Words I Don’t Remember.” Over time, Krell has removed most of the fog and distortion from his songs: give “Words” to an R&B singer on a major label, snip it down to four minutes, and you could hear it on New York’s Hot 97. A synth plays the same few notes for most of the song, and Krell opens with a breathy lyric—“you know that I love you baby”—that he delivers in the fashion of the 1990s R&B singers he loves. Initially, snaps provide the only percussion. When more drums enter, they stay low, sounding like distant hand claps.

If Krell is looking for an artist capable of taking “Words” up the charts, he could get in touch with Sevyn Streeter—she’s already done just that with her ballad “It Won’t Stop,” which has been all over the radio for months. The lead single from Streeter’s first EP, "It Won't Stop" is bravely simple, just an open-ended guitar riff that unfurls repeatedly upward. Again, finger snaps provide the beat for most of the verses, giving the song an understated air. It achieves sensuous steam gracefully; there’s body-rocking talk, but everything stays relatively child-like (e.g. “I’ll love you to infinity”).

The effect of the musical emptiness is important in all these songs. Part of the innocence in “It Won’t Stop” stems from the feeling that nothing is ever going to ripen and burst: there’s so much open air that the romantic steam just keeps rising. In “Words I Don’t Remember,” empty space has a different function, highlighting the contrast between the riff’s constancy and the possibility of forgetting. It also serves to call Krell’s bluff; when he sings, “Who knows if I love you baby,” the production tells us he knows better.

Slinky beats can be strong, vigorous without appearing to exert effort. Part of it is about picking the right moments—so little happens on “One Time” that a single snapped finger feels hard and brittle. There’s also an illusion of movement in the vacuum: compare another slinker, Adrian Marcel’s “2 AM,” with Kid Ink’s hit “Show Me.” Kid Ink’s is the faster song, bounding forward. But by leaving a lot of space between short clusters of melody, Marcel’s tune manages to float along, not a ballad, not a burner, so Kid Ink can’t quite push him off the dance floor.

It makes sense that songs like these are becoming more popular at the same time as disco’s flush approach. Opposites often come in pairs—in fact, the initial rise of disco coincided roughly with bare-bones hip-hop emerging as a genre with commercial potential. Working with a precise set of limitations, this group of artists looks to squeeze as much as they can out of the spaces between.