David Byrne thinks Dark Was The Night is a highwater mark for smart pop, but I'd rather have music with a little feeling. 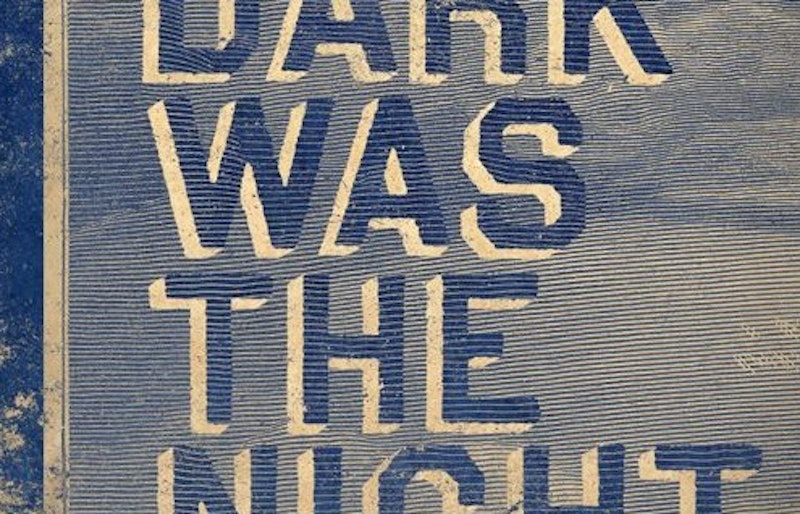 Its perennial financial uncertainty compounded by recent economic downturns, Baltimore’s Senator Theater recently offered a mini-festival of $5 revival screenings, including the 1984 Jonathan Demme/Talking Heads film Stop Making Sense. The Senator has played this movie on many occasions throughout the years, but this was the first time I’d seen one of my favorite concert movies—one of my favorite movies, period, really—on a big screen with a suitably deafening sound system. As is always the case with good film, something must be said for sheer scale; stretched out to full size, the energy and spectacle of Stop Making Sense astounds. The band’s mixture of African rhythms, disco keyboards, and art-rock aesthetics appears less innovative than it is because David Byrne’s songs are so catchy, and because the band is so distractingly danceable. Demme’s direction, as in all his best movies, captures human behavior with startling joy; the movie has distinct characters, not just musicians, since the camera settles on them during unscripted moments. You’ll rarely see a rock concert as carefully orchestrated and set-designed as the ones on display in Stop Making Sense, but Demme manages to find all the improvised, candid moments throughout—percussionist Steve Scales making wacky faces behind his bongos, Bernie Worrell responding in kind from his post at the keys, or Byrne and guitarist Alex Weir sparring at stage left.

The presence of these musicians—Worrell and Scales were originally in Parliament; Weir played for the Brothers Johnson—as well as ex-Sly Stone and George Clinton background singers Lynn Mabry and Edna Holt, reveals exactly how incredible and inclusive Byrne’s artistic vision was. Imagine a contemporary white band managing to not only play an innovative, proudly intellectual brand of rock music, but to later expand that style to include overt references to pop art and still-obscure black musical genres (disco and afrobeat in Talking Heads’ case), and incorporate those cultures so genuinely that members of equally innovative black bands past joined happily to further bridge musical-cultural gaps.

Byrne is as pure a genius as rock music has ever produced, and since the demise of Talking Heads, he’s been one of its most valuable ambassadors. Beyond his own sporadically fantastic solo music, he’s brought wide recognition to foreign musicians through his Luaka Bop label, done impressive work as a visual artist, and shown incredible generosity towards the younger generations of musicians he inspired. This can be seen most recently in his collaboration with the Dirty Projectors on the recent Dark Was the Night charity compilation. Their song, “Knotty Pine,” is by far the best song on that otherwise mostly bland-down-the-line collection, and it even tapers some of the more aggressively abstract tendencies of the Dirty Projectors’ Rise Above aesthetic.

In a blog post commemorating the May 5 Dark Was The Night concert in New York, in which he performed with a few of the groups, Byrne wrote, “Maybe it’s the headiness of being surrounded by so many creative folks, but it seems that popular music — some of it anyway — might be going through one of its periodic peaks.” That may well be the case for Byrne, although he’s a less demanding listener than me if he considers Dark Was The Night and its performers proof of that thesis.

With the obvious acknowledgement up front that everyone involved is doing charity work and deserves a hat-tip, DWTN is a nearly uninterrupted snooze. Whatever your opinion of The Decemberists, Feist, Jose Gonzalez, Grizzly Bear, Death Cab for Cutie singer Ben Gibbard, Sufjan Stevens, or even Cat Power at her worst, it seems irrefutable to me that they represent a trend towards a conception of rock music as somehow unreliant on clear passion or immediacy. I have enjoyed work by these groups at different times, but they all traffic in niche-mongering; each has a nice, easily identifiable aesthetic that doesn’t rely on overt emotional display. Indeed, most of these singers and bands, no matter how pretty their voices, are identifiable precisely because they eschew clear passion outright, in favor of hushed wine-bar sultriness (Feist and Cat Power), adolescent half-crooning (Gibbard), self-consciously artsy explorations with reverb and orchestration (Grizzly Bear and Sufjan), or, god help us, faux-literary pirate-and-bodice story songs (do I even have to say?). Again, Byrne charitably says of this hodgepodge, “It also seems that rock music, or some sizable branch of it, has evolved from being a throwaway piece of merchandise for teens to a respectable art form,” which seems like a more appropriate thing to say in 1980 or so, when bands like Talking Heads were bringing an unprecedented amount of non-blues-related influences into the genre. Does he seriously believe that rock’s transition from teenage product to legitimate art has only recently been completed? And by the likes of My Brightest Diamond, whose version of “Feelin’ Good” on Dark Was The Night makes me wonder if she’s even heard the Nina Simone take?

With a few exceptions from the likes of My Morning Jacket, Yo La Tengo, and Spoon, Dark Was The Night resembles high art mainly in that it could be played in a quiet gallery without annoying anybody. Nearly everyone else’s songs are boringly serious (Bon Iver, The National), boringly folky (Iron and Wine, Conor Oberst), or narcotized versions of the artists’ better impulses (Andrew Bird, TV On The Radio’s Dave Sitek, Broken Social Scene’s Kevin Drew). Then there’s Sharon Jones and the Dap-Kings, who we can all agree are an excellent retro-soul band, but whose good standing amongst the NPR-indie crowd is largely the result of their channeling an era of pop music when musicians played like they actually gave a shit about their songs. The New York concert’s white rockers even played a joke at their own expense regarding this point, allowing the Dap-Kings to upstage their purposely bland version of “This Land is Your Land” with a rendition that actually had a little bite to it.

For some, this self-conscious gesture was cute, but it strikes me as unbelievably pathetic. Here’s a group of musicians and their fans literally celebrating the fact that this music is blander than pleated khaki shorts. Nowadays people put on Sharon Jones when they want to hear some passionate soul for a change; are they aware that older eras enjoyed a Top 40 where even the goofball tracks sounded like the Dap-Kings? Talking Heads, despite being defiantly artsy and often genuinely paranoid-sounding, were a part of this tradition. They knew that no matter how outré your pop music gets, it should still be pop at heart. It still has to move people, or express some real feeling.

Well intentioned though they may be, many of the Dark Was The Night artists seem chained to a tradition that values refutation of Top 40 values for its own sake; they want earthy acoustic guitars, obtuse metaphors and archaic language when necessary, innovative electronics, grand statements in the arrangements, and hushed, “authentic” vocals. Which is all well and good, but when you value these things at the expense of your actual job as an entertainer and communicator, then you run the risk of being completely, knowingly upstaged by any adequately tight soul combo. We must of course also question why (and how) contemporary audiences have grown to accept this brand of consciously milquetoast Music For Coffee Shops as the reigning pop style. It must be a thrill to perform with David Byrne at Radio City Music Hall, but weren’t any of these musicians worried about putting the co-creator of Stop Making Sense to sleep? And why aren’t more listeners demanding to be kept awake?