Better to Burn Out Than To Shill VWs

The indie community's obsession with "selling out" has gotten more complicated since bands have started using commercials as radio. 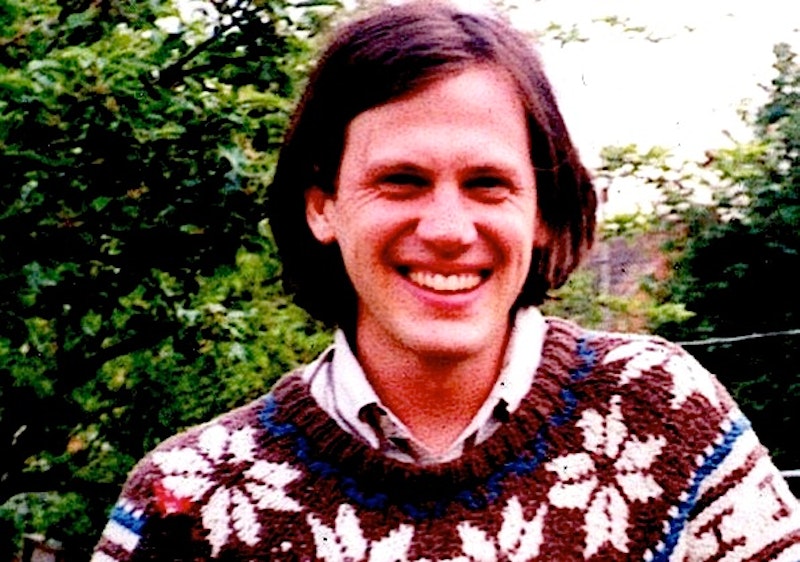 Does Sam Beam like M&Ms? It's a serious question, one that should trouble all of us skinny-jeans-wearing, record-collecting hipsters. Not only is the story of Iron and Wine one of those inspiring indie rock stories about a guy with an acoustic guitar making bedroom recordings that just happen to make their way to a record label exec (Sub Pop, in this case), but his first album, The Creek Drank the Cradle, ranks high on most lists of the best albums of the past 10 years that I've seen—and rightly so. It's perfect, beautiful, lo-fi porch-sittin' folkiness all the way through. Rolling Stone loved it. Pitchfork loved it. Everyone in between loved it. And when Iron and Wine's cover of the Postal Service's "Such Great Heights" found it's way onto the Garden State soundtrack back in 2004 (and thus on to every indie kid’s iPod), Sam Beam's cred was fully established. So what to make of all the incredulous "Dude sold out" disbelief when that same cover turned up later that year in an M&Ms commercial? What exactly makes it okay for Iron and Wine to offer up a song for a soundtrack and not a commercial? Where do we draw the line?

Everyone's doing it these days. I remember walking into a record store a few years ago to buy a new copy of Pink Moon and finding a sticker affixed to the front, "Featuring the song from the Volkswagen commercial." The Shins licensed a song to the Gap, Wilco promoted Sky Blue Sky through a few Volkswagen commercials, indie bands like Death Cab and Snow Patrol have be heard on The O.C. and Weeds and Grey's Anatomy. The Spiderman 3 soundtrack was a regular who's-who of indie rockers—the Yeah Yeah Yeahs, the Flaming Lips, the Walkmen, and so on. And Apple commercials have turned into a kind of Oprah's book club for underground bands. "I have to admit, I did it for the money," said James Mercer, frontman for the Shins, on his song for the Gap.

There's really nothing wrong with this kind of easy commercialism: bands need money, companies want to be hip, and licensing a song from, say, Rogue Wave costs way less than licensing a song from Dylan (makes you wonder how much Victoria’s Secret paid to get Bob Dylan in those terrifying commercials a few years back). Still it says something that, for example, Wilco had to go on the defensive after the Volkswagen commercials came out. Jeff Tweedy wasn't about to be labeled a Sell Out: "This is a subject we've discussed internally many times over the years regarding movies, TV shows and even the odd advertisement. With the commercial radio airplay route getting more difficult for many bands (including Wilco), we see this as another way to get the music out there. As with most of the above (with the debatable exception of radio) the band gets paid for this. And we feel okay about VWs. Several of us even drive them."

Really it's mostly about all the back-and-forth arguing we hipsters love to get into: "Have you heard the new Blah-Blah-Blah?" "Yeah, they're kind of a lo-fi shoe-gazey post-punk outfit... no drummer though... kind of sounds like early Echo and the Bunnymen, etc. etc." "Well, I was listening to So-and-So back in 2001, when that first self-released EP came out." It's the High Fidelity complex, and since we're the MySpace generation, where every 17-year-old with GarageBand can make an album (and usually does), it's only gotten worse. We all want to be the first to hear every new band that comes out, even though staying on top of it all is damn near impossible, and I'll admit that I don't even know what shoegaze is. We might be okay with hearing one of our favorite bands in the end credits to some Sundance award-winning film, but we don't want them to turn into Moby. And if you're mom is suddenly rocking out to the Spinto Band because she heard a song of theirs in a Sears commercial (true story), you're bound to feel a little hurt (and a little less angsty and ironic).

The other part of it has something to do with the old "Better to burn out than to fade away" thinking, which for us thrift-store-shopping twentysomethings means one man: Jeff Mangum. The man who, more than 10 years ago now, put out what is arguably the indie album: In the Aeroplane Over the Sea, a bizarre psychedelic concept work about Anne Frank. Mangum was on the verge of having it all. By the end of 1998 the press was raving about him, record companies were calling, R.E.M. wanted him as the opening act on their next tour, and yet Mangum turned around and walked away, and except for one interview, and a couple of out-of-nowhere appearances on the tail-end of the Elephant Six reunion tour last year, no one's seen or heard from him. In a lot of ways, that's what we're always looking for: A man who makes us feel like his music is for us, just us, the ones that get it, the ones that really listen, the ones that don't need to be sold something to know good music. Then again, I bet Jeff Mangum eats M&Ms too.