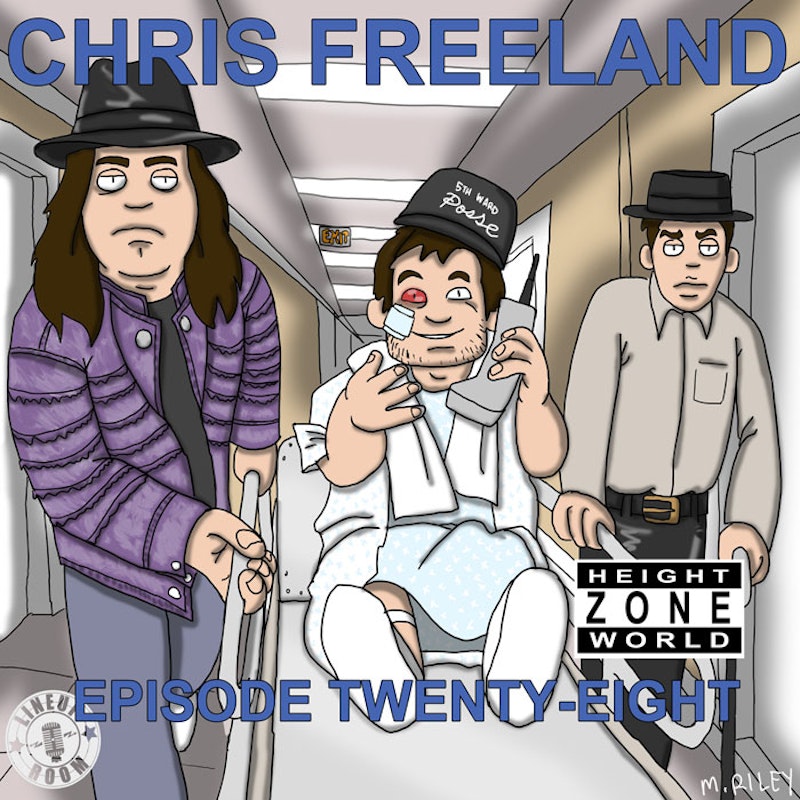 My guest this week is Chris Freeland, the man behind Baltimore’s Beat Babies Studio. He’s been a member of Oxes, Frenemies, International Soundscape Internationale and (my early group) Wounds. He’s been a cool older brother figure to me since I was in sixth grade, and he’s produced a lot of my early Height tracks.

He talks about his early days playing in garage bands, and the other 90’s DIY Baltimore bands that inspired him. We talk about the rapid rise of his band Oxes, and his travels with Will Oldham, Cass McCombs and David Pajo. He told me how he’s lost the burning desire to be noticed, and how he’s reimagined himself as a behind-the-scenes studio man.

This episode was recorded at the Lineup Room. Mike Riley’s art this week is an homage to The Geto Boy’s “We Can’t Be Stopped.”