Shadows in the Night is direct and vulnerable. 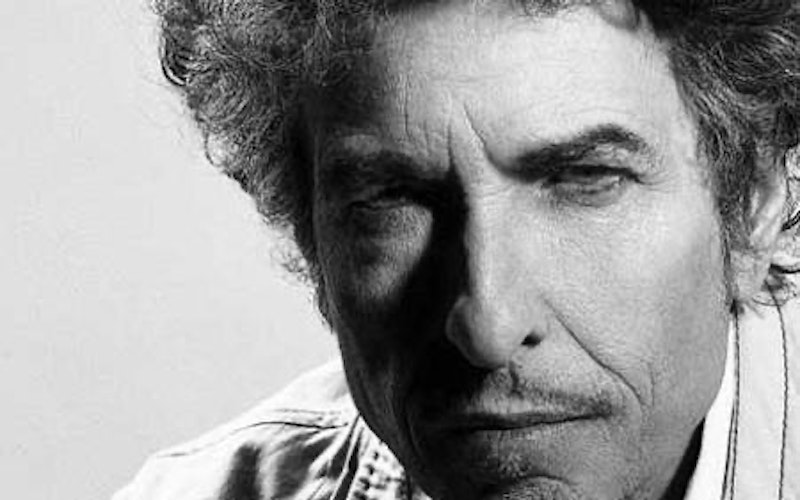 Bob Dylan’s 36th studio album Shadows in the Night is his best since Blood on the Tracks. Just kidding. I haven’t done any of the heavy lifting of seriously listening to what he did in the 1980s and most of the 90s. I put on Shot of Love several times when I found a copy in the basement because it had a cool cover. I remember nothing. But unlike my dad, a Dylan obsessive who wrote his senior thesis on Arthur Rimbaud’s influence on Dylan, I really like a handful of songs from Modern Times and Time Out of Mind. I can’t get into the “riverboat gambler” persona. Seems like an excuse for his poor singing and the fedora with a feather in the brim. But Shadows in the Night proves that Dylan’s voice is not shot. The barebones arrangement of these standards (all made famous by Frank Sinatra) leave Dylan’s singing vulnerable and naked, and his performances on this record are genuinely moving and honest in a way that I’ve never heard in any middle or late period material. None of it feels forced or contrived like most of Tempest (that Lennon tribute “Roll on John” is so awful—not a convincing emotion anywhere).

The only interview Dylan has given to promote this album was with AARP The Magazine, which is bizarre, hilarious and totally in line with his Christmas album or his radio show. He said, “A song like ‘I’m a Fool to Want You’—I know that song. I can sing that song. I’ve felt every word in that song. I mean, I know that song. It’s like I wrote it. It’s easier for me to sing that song than it is to sing ‘Won’t you come see me, Queen Jane.’ At one time that wouldn’t have been so. But now it is. Because ‘Queen Jane’ might be a little bit outdated. But this song is not outdated. It has to do with human emotion. There’s nothing contrived in these songs. There’s not one false word in any of them. They’re eternal.”

Dylan has written love songs with eternal refrains but shabby verses—“I Want You” and “You’re Gonna Make Me Lonesome When You Go” come to mind. Lilting melancholy melodies and walking bass lines make these two of the most touching songs Dylan ever wrote, but the verses in “I Want You” are filled with clumsy surrealism, and “Lonesome When You Go” is half-brilliant and half-uninspired, the latter obscuring a beautiful song about a universal feeling. Even in his most direct songs about love, there’s all this nonsense about jokers and queen of spades and lace and Verlaine and Rimbaud. It doesn’t scan well and it doesn’t sound good, a bit slapdash, which I’m sure a lot of these verses were.

Shadows in the Night is almost as good as Christmas in the Heart for the same reasons: the purity of the songwriting and lack of put-on persona from Dylan. For whatever reason, he chooses to sing like a goat live and on his proper records, but Dylan’s singing is relatively extraordinary here. He has too much reverence and respect for Frank Sinatra to sing “Some Enchanted Evening” or “Where Are You?” like a junkie senior citizen, so we hear where he struggles and fails to hit that note or runs out of breath. This album is great to have on in the background on repeat for hours at a time—the lack of drums and the sad trudging tempos leave Dylan exposed, and he actually straightens up and focused almost exclusively on his voice for once. The best thing about this record is that he sounds like the Dylan who got stopped by the cops in New Jersey because he was wearing a hoodie, the Dylan in sweatpants at home awake in the middle of the night, thinking about Sara and eating ice cream in his pajamas. He sounds like he’s in the room with you. In the AARP interview, Dylan says he never wanted to be a singer that sings at his audience, not to his audience. But he’s always talking at the audience, even in his best work. Shadows in the Night is as clear an emotional picture of the elder Dylan as we’ll ever get. At least until his record of Bessie Smith tunes.