On the Real Hair EP. 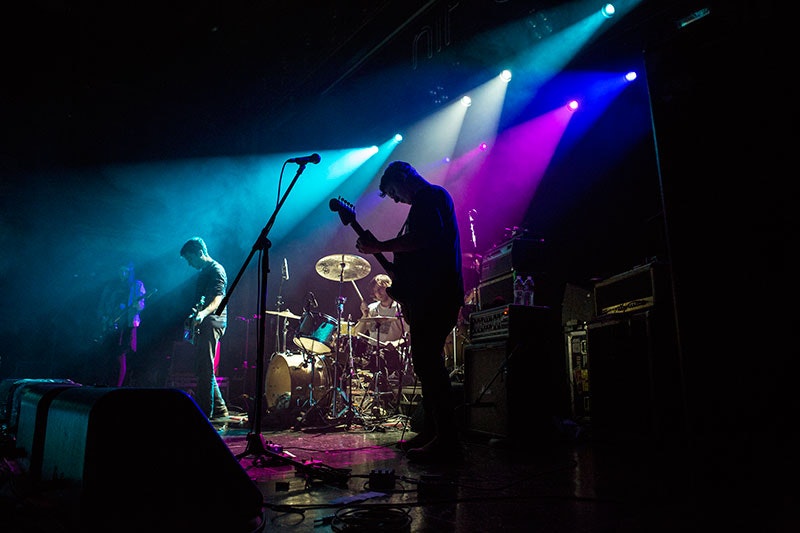 With Speedy Ortiz, less feels like more. This has less to do with songwriting than with how the Northampton, Massachusetts band's songs spasm like meticulously orchestrated, weirdly angled shit-fits. You know the drill: unusual timing, off-kilter tonality, an intuitively squirrelly approach to singing, not-bad chops disguised by a hep slacker sludge curated as slovenly as a ski vest copped for $5 in an epic thrift score. This is a band that rocks like an overly Tang-y pitcher of Tang. Yes, indeed: this foursome embody the ethos of many alt-rock or indie bands I adored in high school—my stock unspoken reaction is "Throwing Muses sans the utter cray cray"—but they've yet to suss out how to make their aesthetic work for 30 or 40 minutes at a stretch.

It should be emphasized that the Speedy Ortiz of Major Arcana is not identical to the Speedy Ortiz of the Real Hair EP. The tunes are beefier, increasingly self-aware, disinclined mostly to MC Escher notions of road construction as a congestion of one-way avenues, cul-de-sacs, and impassible alleys. Meanwhile, singer/lyricist Sadie Dupuis turns her narrative lens outward; if her ideas on Real Hair are diary entries, they're distanced, oblique. "Oxygal" is the steely anti-confessional of a pill fiend who prostitutes herself to feed her habit; structurally, it's as conflicted as its protagonist is blasé, monkey-bar lunging through an impressive range of moods and time signatures without losing its grip. While the blazing "Everything's Bigger" might be read as a metaphor for the touring-circuit grind, superficially it seems to concerns married hustlers on the hoof. The opening and closing gambits—lighter-lifter nerve bomb "American Horror" and its math-rock addled cousin, "Shine Theory"—treat the insanity of desire and the experience of being a nightmare neighbor, respectively. Maybe this is Speedy Ortiz's Watery, Domestic; maybe it's an indication of where they're headed next. But either way, I'm thankful it exists.