How search engines and blogs have changed the way we discover music. 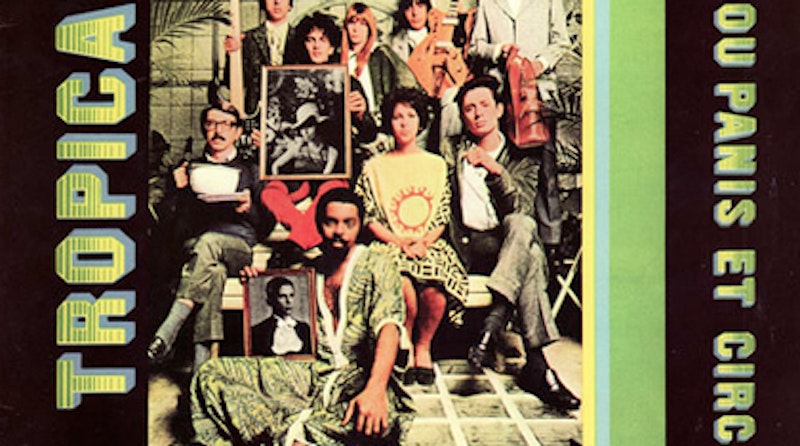 Move over iTunes, there is another digital music application around that is just as organized as you and features a wider selection of music. No, it's not some mythical invite-only site that only former OINK users know about. There are no codes or passwords or ratios. It's not based on any form of nepotism. It's something we've all used countless times, although maybe not for the same purpose. The most comprehensive music search engine is actually just the most comprehensive search engine. Period. Since its inception in 2005, Google Blog Search has inadvertently become the greatest facilitator of rare music. With its shockingly efficient search time and extensive parameters, finding music on Google is about as easy as finding anything else on Google. Hundreds of thousands of music connoisseurs thrive on Google's assistance to attract visitors, increase traffic, or to find music for themselves. It serves as the gateway to the utterly fascinating musical blogosphere, where casual music lovers sit side by side with some of the most knowledgeable music collectors in the world.

What makes the online music community so prepossessing is that it is literally brimming with sounds, images, and stories from all eras and musical backgrounds. From blogs that uncover old Blaxploitation soundtracks to present-day indie pop forums, there are music blogs about absolutely anything. Some of them are run by true aficionados, others are simply people with a passion and a hobby. Regardless, when like-minded sites join together with artists and fans, the results are pretty incredible.

Brazilian Bossa Nova and 1970s African music could not be any more disparate, but when it comes to weblog devotees and the unearthing of out-of-print music, they both reign supreme. They have two of the strongest online music communities that routinely bridge continents together and artists with their fans. One of the most prominent and frequently updated bossa nova sites is Loronix. Based in Rio de Janeiro, its main blogger Zecalouro posts a handful of records a day, complete with album information and occasionally an accompanying video. Just one glance at its comments side bar explains the intimate relationship Loronix has with its visitors. People send their wishes to Zecalouro's family, offer assistance in finding certain records, and most commonly, say thank you. And the music is well worth a thank you.

Even though it serves up mainly classy, late '50s singers and quartets, Loronix is flexible and often hands out an olive branch to those who are only familiar with Brazilian music's more mainstream artists. There are dozens of classic and obscure records from Caetano Veloso, Gilberto Gil, Jorge Ben, and Joao Gilberto. But visiting Loronix is not just about diving into the endless music collection. It's much more about establishing a dialogue, learning about artists and music history, and sharing it all. This mantra of collective exploration seeps through the entire community. You will commonly see one blogger reference another site, just like Loronix might ask Orgy in Rhythm for jazz advice or Africolombia for assistance.

The 70s African music blog community is profoundly collaborative. Ever since I came across Benn Loxo a couple years ago, I became instantly infatuated with African pop and rhythm. But finding his website was only crossing the threshold. It provided songs from defunct compilations, testimonies from musicians, and guest posts. In addition to all of the wonderful music, Benn Loxo also introduces visitors to all of its online friends. Other sites like Analog Africa, Voodoo Funk and Matsuli find bloggers from all over the world similarly obsessed with African music and its musicians' stories.

Then again, these aren't just bloggers. Analog Africa is run by Samy Ben Redjeb, who is as much a producer and editor as he is a writer. Just two months ago, he released a third album under the Analog Africa production title, featuring psychedelic afrobeat music from Benin and Togo. All of the music is fully licensed, sending money back to the artists whom Samy often knows personally.

Frank, the founder of Voodoo Funk, posts mixes every month. Each mix delves into his most recent record digs and is usually bolstered by a ridiculous story as to how Frank found the music. But outside of mix making and blog posts, Frank is also responsible for culling music for various record labels.

Copyright issues play an interesting part in these two blog communities. Most of the featured music comes from vinyl-only releases and ephemeral, makeshift production companies that died out decades ago. The truth is, these are artists who never had a voice in Europe or the U.S. Very few Americans have ever had access to live sessions of Claudette Soares or Mali's famous Rail Band. Only through dedicated record collectors and these blogs has this music been made available. But what makes the copyright debate even less of an issue is the effort on the part of the individual bloggers to credit the musicians. There is a genuine desire to celebrate these obscure sounds and the often-shrouded musicians. In the liner notes to Analog Africa's newest compilation African Scream Contest, Samy recounts meeting the track listed musicians and their families. It's 40 anecdotal pages that show a tremendous amount of respect to the music and the people involved.

Don't get me wrong, this isn't the case for all music bloggers. The internet is filled with leak jumpers and people more concerned with traffic than with really sharing musical experiences. There are, however, the rare instances in which you can find a whole community of experts, musicians, and newbies working collectively. Whether it's the untold histories or the long lost sounds, there is something that demands of us, amateurs and aficionados alike, to share and write about music. And no matter how hard we try, we'll always only be scratching the surface.