Sheryl Crow's "Soak Up the Sun": Just Shoot Me

This ode to sunstroke is among the 00s' most loathsome singles. 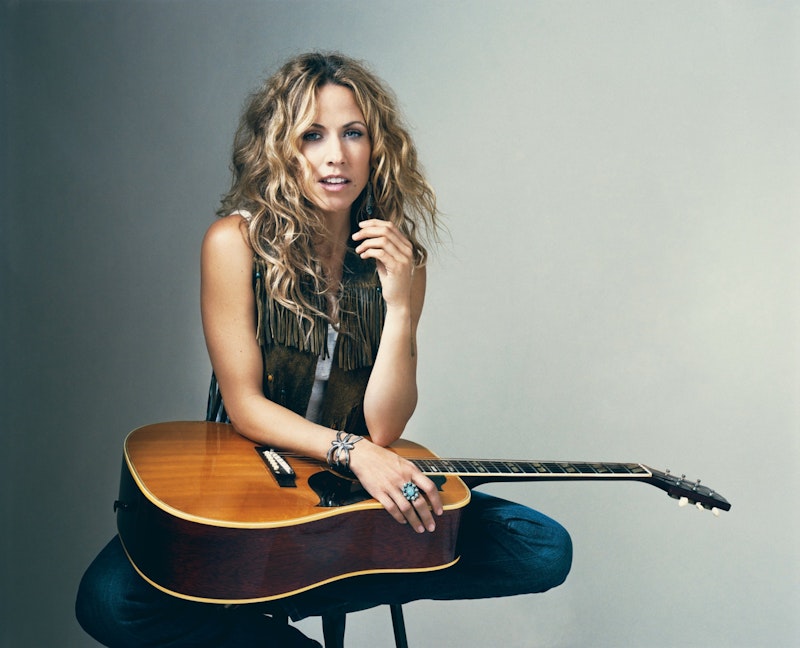 Bad singles, songs that are unarguably terrible and songs that become terrible via over-exposure, are an unavoidable part of life. In most cases, bad singles are popular for a number of weeks or months, then they effectively vanish from the airwaves, never to be heard again beyond birthday parties and wedding receptions. This boom-to-bust-to-punchline cycle is why, unless I find myself in an especially sadomasochistic frame of mind, I no longer fall prey to "The Macarena," "Know Your Enemy," or "Achy Breaky Heart."

"Neutral" is a term one might charitably apply to, say, an unexceptional wallpaper pattern, a blasé paint color, or the retail packaging for a weed whacker. Something neutral isn't necessarily good or bad, and the same could be said for Sheryl Crow's best songs: "The First Cut Is The Deepest," "Everyday Is A Winding Road," "Steve McQueen." From soccer moms to pop-country purists to professional accountants to Lance Armstrong, nobody really needs the musical stylings of Sheryl Crow to serve as a life soundtrack any more than they need mood lighting or wicker furniture or fuck-me pumps for a Tuesday evening out with the girls.

With "Soak Up The Sun," Crow's oeuvre shifts from agreeably bland to aggressively bothersome. Something changes. The vibe is bottle-blonde Southern California beach-bum, the melody is platinum earworm, the lyrics are a hash of YOLO Hallmark-card pabulum and Liz Phair hipster stream-of-consciousness; it's free and easy pop-surge inanity with—you guessed it—Phair herself, in-early-00s-star-fucking mode, chiming in on backup vocals.

Are you related to somebody who is relentlessly cheerful, upbeat, sunny, and fond of feel-good clichés? Does this person turn up, unbidden, at life's least opportune moments? If so, then you already understand why I hate this song. For some reason, "Soak Up The Sun" surfaces at least once or twice a week in situations where I can't control the music: the PA system at a restaurant, a doctor's office waiting room, the car radio station in my wife's car, an indoor mall, and so on.

By repeatedly re-upping the song's afterlife, unscrupulous radio programmers helpfully create the illusion that this song is stalking me. Which is awesome, in the same sense that it's awesome when you're eating an omelet or filling out a medical form or shopping for work clothes and a familiar stranger taps you on the shoulder and starts asking you questions about whether you're happy, and how happy you are, and why you're not happier, and the general bodaciousness of the surf off of Maui.