Anais Mitchell and Jefferson Hamer's Child Ballads is a disappointment. 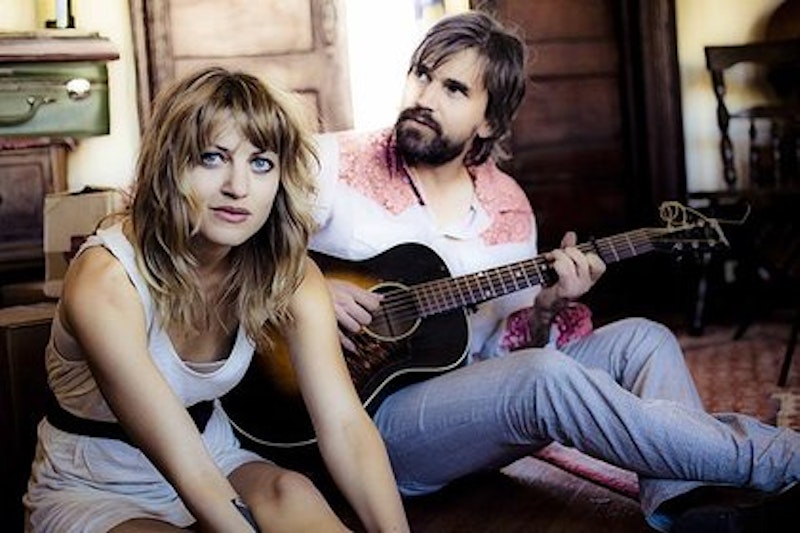 Some of my favorite performances ever are Child Ballads, songs from the collection of English and Scottish ballads put together by Francis James Child in the late 1800s. First and foremost is Led Zeppelin's amazing version of The Maid Freed From the Gallows (Child 95) with Robert Plant wailing like the most lascivious criminal ever to face hanging while John Bonham and Jimmy Paige prove that a banjo-fueled hoedown can double as cosmic funk. Then there's Nick Cave and P.J. Harvey's slogging, bloated Kurt Weil-esque version of Henry Lee (Child 68), dripping with sex and theatrical menace.

Or, if you prefer a more traditional take, there's Norman Blake's brutal old timey bluegrass version of “Matty Groves” (Child 81), seven minutes of lust, betrayal, revenge, and death, all with Blake's expressionless vocals which occasionally run up to a high lonesome yodel, like some blank bird whistling upon a hill of corpses. Finally, there's the great traditional Irish-American folk singer Kathy Cowan, whose a cappella versions of songs like "The Holland Handkerchief" (Child 272) and "Lord Gregory" (Child 76) are almost unbearably cold, bleak, and beautiful.

When you're performing Child Ballads, in other words, you're working with great material, and setting yourself up for comparison with some pretty impressive competition. Anais Mitchell and Jefferson Hamer's Child Ballads, released last week, doesn't totally squander the potential. But anyone who’s heard the performances above is going to be a little disappointed.

Mitchell and Hamer are latter-day hippies. Mitchell, in particular, has a precious, little girl vocal timbre that screams (or, you know, mews) freak folk flower child. The juvenile tone is not exactly what you expect from traditional versions of the Child Ballads, which are more often sung with an affectless quaver. Performances like Almeda Riddle's "Black Jack Davy" (Child 200) or Dick Justice's "House Carpenter" (Child 243) both sound like they're being sung by corpses 100 years dead with worms in their throats.

Still, there's no reason that Mitchell couldn't use her kiddie vocals to good effect. One of my favorite Child Ballad renditions is Donovan's version of “Henry Martin” (Child 167) where death comes in on fey ululations, with banshee toddlers crooning over merry men drowned in their bathtub. Rather than getting an eerie sense of timelessness through vocals that sound impossibly old, Donovan gets the same effect through vocals that sound wrongly young. It's like Peter Pan appearing at the window for Wendy carrying a bagful of skulls.

Alas, Mitchell's no Donovan. Nor is she Nick Cave or Led Zeppelin. Instead, she and Hamer are more like Joan Baez, reverent, earnest, and largely superfluous. On track after track Mitchell and Hamer use simple, acoustic arrangements and sing the lyrics in straight ahead harmonies that are pleasant and not even a little bit urgent. It's nice that they pick some of the lesser-known ballads to perform. But their readings are so uninspiring that it's hard to hear what in those particular songs attracted them; it feels like they picked them out of a hat. For that matter, their versions are so similar to one another that it can be difficult to tell the tracks apart.

As it happens, the best ballad here is one of the more well known—"Sir Patrick Spens" (Child 58). Mitchell and Hamer step up the tempo slightly, and there's some nice fiddle that almost turns the track into a slow sad dance. It's a thoroughly decent effort; I like listening to it. But with so many amazing Child Ballad performances out there, "decent" is faint praise. The album ends up as a missed opportunity—a great idea sunk by too little ambition and too little imagination.