Shedding Things You No Longer Want 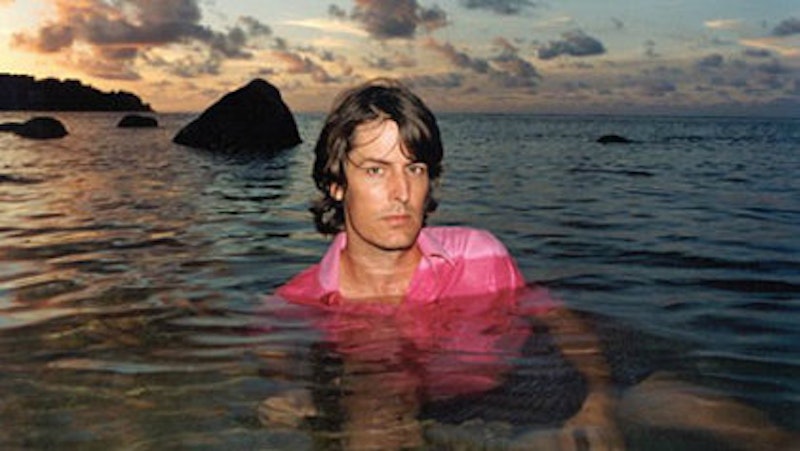 Stephen Malkmus’ career can be viewed as a series of subtractions followed by additions. As the leader of the 1990s indie group Pavement, Malkmus was all about shedding things he no longer wanted. The first thing to go was the fuzz and short, thick textures of early singles and the band’s debut album, Slanted And Enchanted. On the third Pavement full-length, 1995’s Wowee Zowee, Malkmus worked to ditch the gravity of previous releases, causing Rolling Stone to suggest that the band was “simply afraid to succeed.” A few albums later, Malkmus broke out on his own. He famously played Pavement’s final concert in 1999 with a pair of handcuffs on stage to “symbolize what it's like being in a band all these years.”

After escaping the cuffs, Malkmus initiated his next phase. Working solo or with his new comrades in the Jicks, his tunes remained guitar-driven, with plenty of riffs plundered from the Velvet Underground, and he maintained his vocal style—both the slightly nasal and yelping singing voice and the lyrics that once earned a New Yorker article. But the feel of the music became looser, more expansive. While Pavement usually worked in the 38-45 minute album range, most of Malkmus’ subsequent work stretched out past 50 minutes, and he often included at least one extra-long song on an album. After years of discarding, he wanted time to explore and indulge.

The new Malkmus effort, Wig Out At Jagbags, is the sixth album Malkmus has made without his former band—compared to the five albums he made with them. The weight of his present now exceeds that of his past. But it’s the past that leaves him secure as an indie-rock icon. Malkmus won the game and came out the other side with the critics and the money. It’s hard to imagine a scenario in which his label, Matador, would ever drop him. He has few, if any, limitations.

For the work of a man with no restrictions, Wig Out At Jagbags can be a pleasant surprise. It’s the most concise album Malkmus has released since Pavement’s debut; it also unveils some new tools. Horns are a noticeable addition on “J Smoov” and “Chartjunk.” The first of these songs is a shiny, pretty ballad in the mode of something from Pavement’s Terror Twilight. But then firm brass—a trombone even gets an elegant solo—and a string section, both low in the mix, add weight and color to a structure that Malkmus could sketch out in his sleep. “Chartjunk” uses the horns for punch and jaunty swing, tumbling forward. (For reasons unknown, Malkmus also uses this as an opportunity to talk up his basketball playing abilities: “If you flood the lane on me brother/watch out for my step back three.”)

There are tuneful backing vocals all over “Chartjunk,” and these show up several times on Wig Out, pretty in a 60s girl-group kind of way. “Shibboleth” has a thick, almost Pixies-like bass texture, solid like the work of a much younger Malkmus. “Rumble at the Rainbo” throws a different kind of surprise, humming along at a steady pace before slipping into several bars of reggae and then going out with crudely smashed chords.

Right before this instrumental shift occurs, Malkmus sings, “No one here has changed and no one ever will,” announcing, of course, that things are about to change—he likes emphasizing a turn of phrase with tricks like this, or by switching tempos suddenly. Sometimes he’s faux-philosophical, as in “You’re not what you aren’t/you aren’t what you’re not.” But he can also be funny; during “Rumble At The Rainbo,” he declares, “Come and join us in this punk rock tomb/come slam dance with some ancient dudes/we are returning, returning to our roots/no new material, just cowboy boots.” Occasionally he succumbs to the temptation of an aging artist—reminiscing about the past. “Lariat” acts as sort of a manifesto for his college days. “We lived on Tennyson and venison and the Grateful Dead,” sings Malkmus, “it was Mudhoney summer, Torch of Mystics, Double Bummer,” referencing albums from the bands Sun City Girls and Bongwater, respectively.

Wig Out is well-executed, and it balances a trademark sound with some different elements. But it lacks energy. On one of Pavement’s early classics, “Frontwards,” from the 1992 EP Water Domestic, Malkmus sang, “I’ve got style, for miles and miles”—and he did, even back then, just one album into what would be a long and illustrious career. He also had a sense of urgency, a fierceness that dripped through lines like “I am the only one, searching for you/And if I get caught, then the search is through.” The search is over now; he’s got all the freedom in the world, and he’s aging gracefully. Too bad.