Music critics can't seem to comprehend consistency, relying instead on "cred" to take shots at successful bands like Beach House. 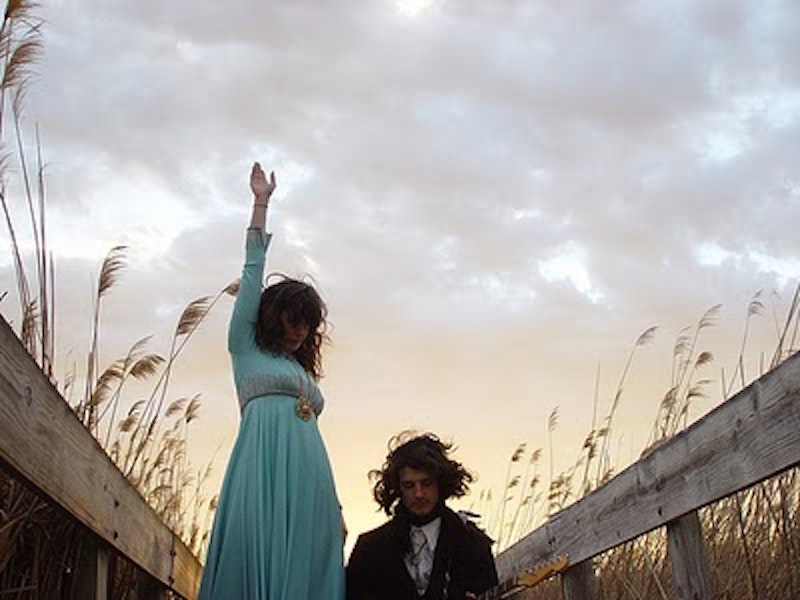 In a recent interview with Pitchfork’s Jenn Pelly, Alex Scally and Victoria Legrand railed against the current shallow and fickle state of music. Four albums deep, they’re one of the biggest bands in the indie rock world, playing to thousands of people each night, appearing at major festivals like Primavera, Lollapalooza, and Coachella. Their records get 150-word reviews in Rolling Stone, and they’re able to bring in a little extra money through shrewd licensing agreements. As far as I’m concerned, they’re the model of success in modern music: Beach House toured constantly, obsessively practiced and wrote songs, built things step by step and gradually got to where they are through sheer will. They’re smart but far from delusional, making consistently good work. They’ve a blue-collar work ethic.

It’s rather unctuous of Pelly to subtly dismiss Beach House’s “professional” status (Pelly describes them such: “Eight years into their career, Beach House have become the sort of group that regularly tour the festival circuit and do press at the Tribeca Grand, a chic luxury hotel in downtown Manhattan, where I met them in March.” (You mean a “successful” group?) “Singer/keyboardist Victoria Legrand, 30, and multi-instrumentalist Alex Scally, 29, fit naturally into the mood-lit lounge as they talk of ‘album cycles’ and ‘the industry,’ but all while maintaining a vocal skepticism not only of journalists but of anything that could potentially dilute their artistic identity.”

The air quotes only serve to make Scally and Legrand look paranoid, pompous, entitled, and cynical—but the duo is completely right. The selfishness and utter myopia of young music journalists is responsible for numbness—issues of what is “true,” “authentic,” “relevant,” and “proper” clog blog columns and cloud the minds of impressionable young music fans, who learn it’s better to make your friends happy than yourself, and to always remember being a successful musician is uncool/so capitalist and if they ever get to play the Pitchfork Festival, just act like it’s no big deal cuz it’s not, we’re all just here to have fun and drink and joke anyway, right? At one point, Pelly seriously says, “It seems like you guys have spent a lot of time thinking about this.” Really? Nah. It’s my livelihood and passion, so I try and think about it as little as possible. Who rescues these morons from the unpaid internships where they should be languishing? What an idiot.

Scally notes how most people that complement his band’s music say “good tones” rather than “good songs.” It’s a valid criticism of Beach House, though—they’re a band like Green Day, The Smiths, The Ramones, or Interpol, with a unique sound that emerged on their first record and has been steadily built upon and expanded over the four albums. Scally says he “hates” when bands change their sound between albums, even though many a jaded twat have belched, “Do we really need another album from Beach House?” Scally responds, “What the fuck is that? That only matters if you're just listening to sound. Did anyone ever say, ‘Do we need another album from the Beatles?’ It's this pathetic era we're in where people are like, ‘I'm done with them, I need a new sound; I'm a baby, I need something every five minutes.’ A lot of people listening to music now don't listen to the songs or lyrics at all. They just go, ‘Good tones…’ and that's it. But we're obsessed with songs.”

He’s completely right, but to be fair after Rubber Soul, there aren’t two Beatles records that sound alike—the songwriting remains brilliant while sonically tweaked and adjusted, reflecting the band’s evolution. Beach House are far more even-keeled, and perhaps their music really is best described through tones, because the pervasiveness “sameness” of their music is only more apparent with each passing album. Bloom, like Teen Dream and Devotion before it, is a luscious, opulent pearl white expansion of their sound into a dreamscape kind of sound, but these songs could’ve been written five or six years ago in more stripped-down form. The consistency of their sound may have more in common with Green Day than the Beatles, but Beach House have their heads exactly in the right place, despite what any useless, shoe-stain neophyte journalist has to say about their “cred” or how many indiesphere points are currently in their piggybank. The majority of music journalists think they’re artists just as much as the musicians. Just shove it and let the adults do the work.