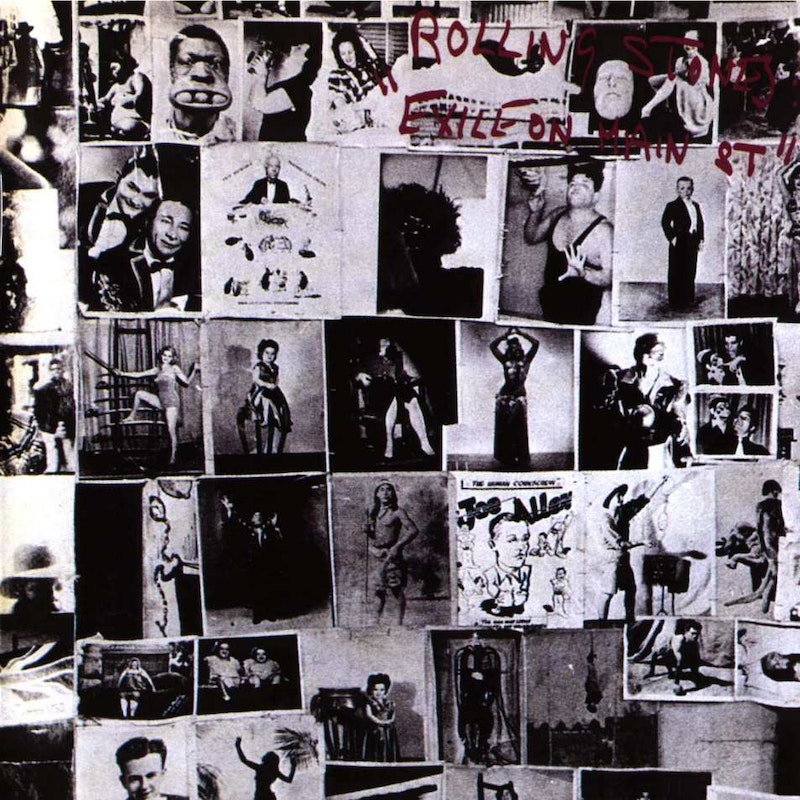 I finally sat down yesterday afternoon and looked over NME's recent "50 Druggiest Albums Ever" list, one of the more pointless major music magazine features I've ever come across. As lists like this go, it makes sense: there's no way to ever be definitive here, insomuch as rock music has always been about excessive booze and drugs, and "Druggiest Albums" allows for more arguing, I would think, than the typical "25 Best Albums of the 90s" or "Top 5 Dylan Songs"—and really, that's the only reason we read stuff like this anyway.

But I guess I'm just confused by the criteria: What does "Druggiest Albums" really mean? Albums that make me want to do drugs? Albums that I particularly enjoy while on drugs? Albums written by musicians particularly strung-out on drugs? Or just suggestive of such? NME doesn't tell us, so far as I could find. And the 50-100 word entry blurbs aren't very helpful: the debauched stories about The Stones recording Exile On Main St. (no. 2) while Keith Richards was wrecked on heroin are legendary, but Klaxons' Surfing The Void (no. 45) is mostly just a studio compromise album: experimental psychedelic rock that Polydor decided wouldn't sell unless some songs were re-recorded, so who cares if frontman Jamie Reynolds said he took ayahuasca (a Peruvian "plant medicine") at some point before the band even worked on the album.

And of course there are bigger questions, too. Are these good albums? I'm familiar with probably half of them, and own maybe 10 or 12, but should I care about the rest? Does the fact that Happy Mondays' Yes Please! (a band and album I'm completely unfamiliar with) ranks at number 19 mean that I should check it out? It's kind of like making a list, "Top 10 Orangest Album Covers," and then just assuming that has some obvious correlation with artistic merit or listenability. For all the albums here that I think are indisputably amazing (Exile, Neil Young's On The Beach, The Beatles' Revolver), there are others that are huge piles of shit, like Lou Reed's Metal Machine Music, an album that no one would say is better than Steve Earle's Train a Comin' or Tom Waits' Rain Dogs, to take just two examples of musicians who kicked the drugs and then made their best work.