Why is Roger Waters obsessed with Israel? 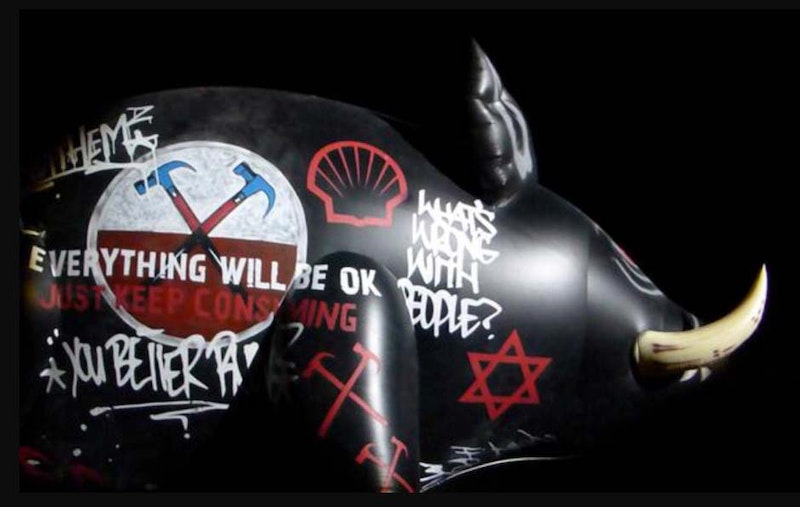 What is it with this Roger Waters and Israel? Guy, lay off it—doesn’t look good. Waters is just one of many faceless '70s prog rock superstars, and the time he’s had off the road while not putting up The Wall again and again has been mostly well spent: I saw the MusicCorps benefit he put on last year and was really moved—pure philanthropy put on by a guy that could, or is expected to, spend his money on boats, drugs, houses, and whores. Waters’ whole life seems like one long World War II fever dream: dive bombers overhead goose-stepping hammers and tyrannical, murderous despots worth less than the air they breathe. It makes sense that Waters sees everything in his life through the lens of war, from control of his band and subjugation of his bandmates, to real politics outside the teenager’s bedroom or the stoner’s den.

So why Israel? Where was the concert for Bosnia or Haiti or Libya or Iraq or Afghanistan or Rwanda or Ferguson? Waters is back at it hectoring other artists to boycott Israel, most recently petitioning The Chemical Brothers to stay out of Tel Aviv. The letter reads in part: “Tel Aviv’s hipster vibe is a bubble on the surface of a very deep security state that drove out half the indigenous Palestinian population in 1948 and has no intention of letting their descendants back in […] If you go to Tel Aviv, your presence will be used by the Israeli authorities to reassure their citizens that all’s right with the world and nobody really cares that the Palestinians are suffering... Please don’t go.”

Waters is taking The Wall on tour again next year, all over the world, except Israel. Why not play for Tel Aviv when you’ll be entertaining millions in the West, validating an already robust self-image, and contributing to the pageantry of liberty and stilt-legged presidents engaging in proxy wars across the Middle East? Why have an audience in Britain when they took a hint from Israel and flexed their own nationalism? The violent stalemate between Israel and Palestine is no different than the slaughterhouses and factory farms that pockmark the United States, the true Holocaust that humanity has engineered and accepted. This is just a guess, purely speculation, but it looks like Waters is anti-Israel, not pro-Palestine—and yes, every time a major tragedy happens in the West, there’s always a chorus of people whining about other major tragedies that the media neglected to report and you neglected to read. Waters’ thinly veiled anti-Semitism is simply out of date—surely The Wall doesn’t keep out drone bombs? Does it filter the water poisoned with lead? What is it with you and the Jews, Roger?