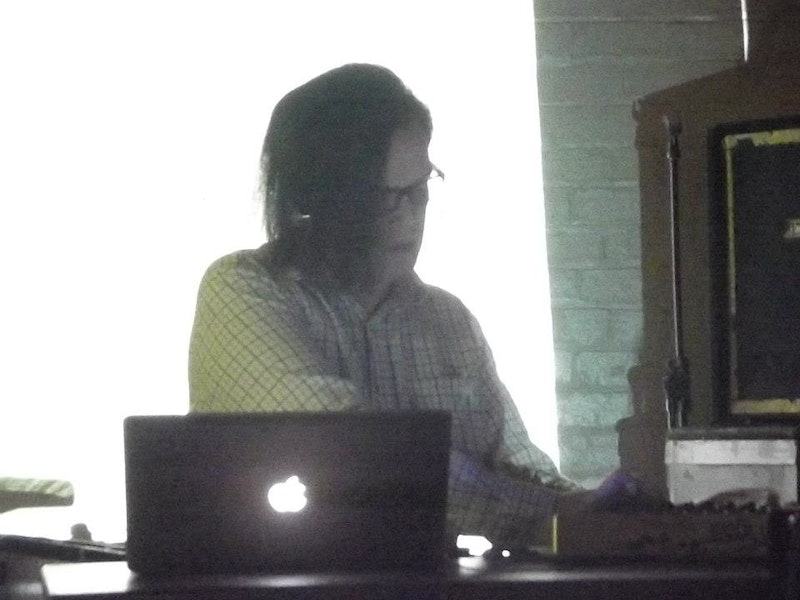 When I was small, Uncle Craig—not blood-related, just an old friend of Dad’s—lived in a garden apartment off of Putty Hill Ave. in Towson, Maryland. Uncle Craig was a Doctor Who devotee. On visits, while the two of them caught up, I’d pore over sourcebook entries chronicling the terrifying, matter-of-fact fates befalling one alien race or another. The series itself didn’t appeal; too British, too cornball, too twee. More palatably, “side a” of two doctor who treatments transforms dialogue scraps into a mall coin waterfall, regurgitating inflected voices in ways that are constantly evolving; the experience of listening is like taking in a 1950s radio serial while high, or removing and gobbling layers from a hot, buttered biscuit only to find them mysteriously and inexplicably replaced.

Taken straight, the voices’ staginess can annoy, but all’s forgiven once “side a” crushes them up and drops them into raging, seltzer-water rapids. During, you may recall the lysergically-treated children’s book passage that, uh, enhanced The Orb’s hallowed Orbus Terrarum LP. A key difference, though: The Orb were leaning on traditional-if-hopelessly blunted melodies, which “side a” doesn’t really need, per se.