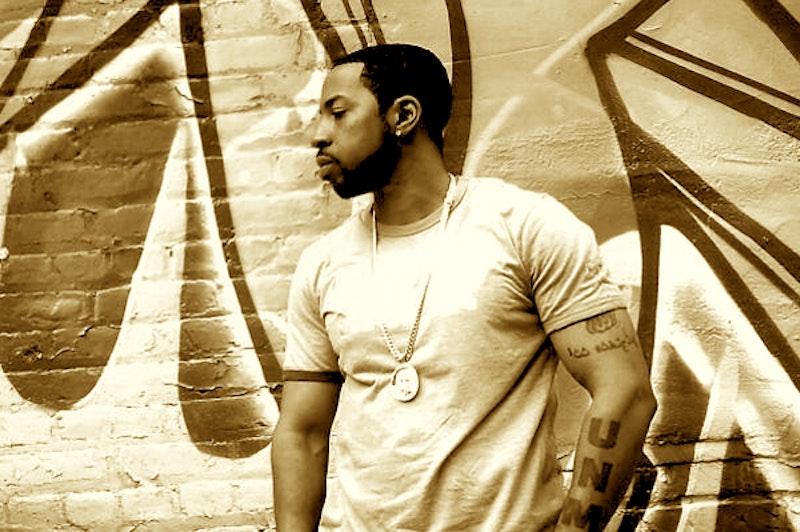 Roc Marciano raps like it’ll be 1993 ‘til infinity—though that West Coast reference would likely offend him. Marciano’s a 90s New York hip-hop lover, with plenty of 90s New York rap friends and a resolutely old-school approach to sonics, as if it were still the waning years of the Bush I administration, or Hilary Clinton was embroiled in a losing battle over healthcare reform. Marciano’s latest album, Marci Beaucoup, seems to exist in the years before Southern rap rose to national prominence, and long before the wave of sounds that dominates current hip-hop—no trap or drill music, no rapidly programmed drums, no synthesizers.

The New York connections here are hard to untangle. Marciano got a boost when he appeared on Busta Rhymes’ Anarchy album rapping with Wu-Tang Clan members Raekwon and Ghostface Killah. Guests on Marci Beaucoup include Ka, who has rapped with GZA, also of Wu-Tang, Action Bronson, who raps like a dead-ringer for Ghostface, and Cormega, who earned a mention from Nas on his 1994 debut, Illmatic (Cormega later delivered an excellent verse on Nas’ second album).

One of Marci Beaucoup’s tracks is called “Soul Music,” and this title captures the whole feeling of the album. It’s hip-hop with soul and funk samples oozing slowly out of its seams and cracks. The bits that are extracted from their original sources are simple—a repeated vocal line, a piano or bass loop, a snaking horn, a cymbal hit.

Most songs are driven principally by one element, which usually doesn’t have to battle for control of a song with a stew of competing motifs. At times the music sounds close to something Stax might have put out in the late-60s (with fewer strings and less rapping by Isaac Hayes). New samples slip into the mix at the end of songs, maybe nodding to the way that Pete Rock, golden-age New York producer, would throw a random sample in as a song opened or closed, just to make things more exciting.

Marciano loves to weave in snippets of hard-boiled dialogue that all sound like they were pulled from made-for-TV crime movies, and his rapping reflects this aesthetic: low and knotted, matter-of-fact, usually conversational. It’s functional, not flashy. More often than not, songs are hook-less, and one rapper gives way to the next. (Guests appear on nearly every song.)

Each man—there are no women here—tends to ride a rhyming sound into the ground, pursuing it until all its possibilities are exhausted. On the song “Confucius,” Marciano raps, “chrome magnum, look primitive, Cro-Magnon/the oldest language, the coldest of flow patterns/broke attics, coke habits, savage/I'm in the cold with no jacket.” Variety is often a luxury here, and not just for Marciano. Ka offers similar forms: “This heat resistant glass ain't for coffee/the quick snort the sick port it’s more costly/Moms praise these car babies, streets morph me/the block wasn't sweet: acidic, bitter and salty.”

Marciano has been pursuing this mode for three straight albums, and he’s not alone. Golden-age hip-hop retreads are in with young rappers like Joey Bada$$, who titled his mixtape 1999. Marciano showed up earlier this year to rap on Ka’s critically-acclaimed The Night’s Gambit, which also worked the 90s New York angle.

It’s not a surprise that this type of rap is being pushed anew: hip-hop is a young genre, and its catalogue of classics is stuffed with purveyors of the 90s New York sound. So naturally others are looking to imitate it, in the eventual hopes of joining that canon themselves. Marciano missed the first wave, but pop works in cycles, and he’ll be ready when it’s time for the second one.