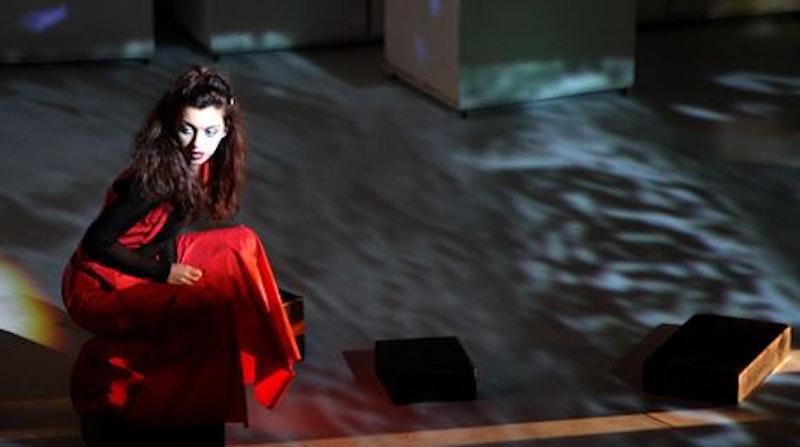 I’ll be the bad guy: complaining that you don't like Christmas music is, at this point, just as clichéd as the tunes themselves. I'll admit it's a bit much when the jingles begin before Halloween, but half the reason I look forward to the week of the 25th is that afterward, my friends will finally stop posting status messages about how much they hate Rudolph.

I get it: the old songs have become tiresome, and hearing Sinatra in the grocery store year after year gets under your skin. So I was pleased to receive a link to Joyful Noise, vocalist Ximena Borges' new album of Christmas music. Borges is a singer of such skill that she's eschewed the entire "backing band" schtick, instead collaborating with some sound techs to layer her own voice in five different languages and make an a cappella Christmas album that's totally unlike anything these songs have ever seen before.

That's not always something to write home about. Borges is so classically trained that she still hangs onto that polished, precise vibrato that too closely resembles the traditional versions of songs like "Little Drummer Boy." But that training is also what allows her to do some excellent beatboxing on that same track, Latin harmonies on "Ano Viejo," and finger-snapping swing on "Santa Baby," the latter one of the best versions of that song I've ever heard: soulful, sultry, and very smooth. There's also a bizarre experimental version of "Christmastime is Here" that defies description—if it had any instruments in it, I'd call it free jazz, but that's not quite right either.

The only way to get any perspective is to pop the album on in the background while the family gathers on the 25th, and watch everyone's face light up in mingled interest and bafflement. If nothing else, everyone will agree that Borges has a gorgeous voice. For my part, I'll be playing the delightful and peculiar "Divin Enfant" for my girlfriend's French family as we down some wine and make some joyful noises of our own.