Reveling in The Golden Casket 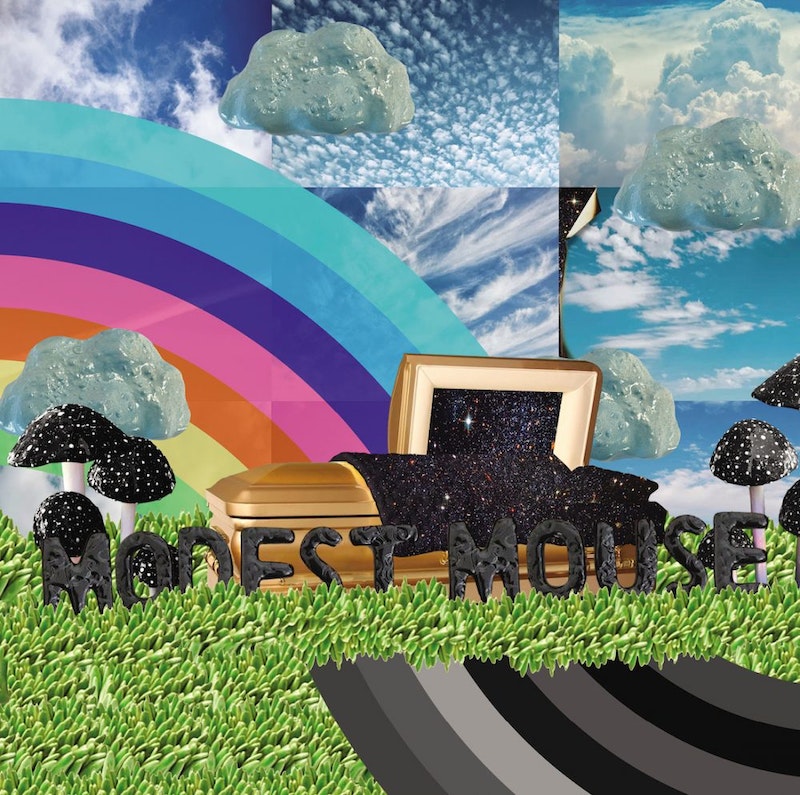 Modest Mouse formed in 1992 in Issaquah, Washington, and is currently based in Portland, Oregon. After signing to K Records early in their career, Modest Mouse slowly grew from cult status to mainstream culture, working with Matador and Epic Records. Though the band members changed throughout the years, including Johnny Marr, lead singer and songwriter Isaac Brock and drummer Jeremiah Green are the constant driving forces. Brock's angsty lyricism and vocal delivery is distinct, separating Modest Mouse from other bands in the 1990s indie rock movement. Their album This Is a Long Drive for Someone with Nothing to Think About (1996), The Lonesome Crowded West, and The Moon & Antarctica are timeless classics. Even their later albums Good News for People Who Love Bad News and We Were Dead Before the Ship Even Sank are considered great records in the indie rock universe.

Modest Mouse is just one of those bands you root for. Though their later work doesn't exactly contain that same special oomph, The Golden Casket is a great record. Maybe not as mellow as their two previous releases, this album has fragments of their earlier edge. The Golden Casket is funny, contemplative, endearing, and overall an uplifting listen. Brock's lyrics discuss love, life, and fatherhood. Definitely a more mature album than the earlier work. It's amazing to hear a band I love grow over the years.

Reminiscent of their previous sarcastic, chaotic tracks such as “Shit Luck” from Lonesome Crowded West, the first song "Fuck Your Acid Trip” is just as hilarious as the title makes it out to be. A short, brief glimpse of Brock-esque thought process, filled with equal parts humor and angst.

“Lace Your Shoes” is an ode to Brock's newborn child. The song begins, “I can't wait to see you lace your shoes/Things were hazy, but that all stopped with you.” Brock seems to have matured in a way that's kept true to his artistic identity, revealing personal anxieties and fears while basking in the revelations of wisdom, which can only result from the trials and tribulations of a wanderer.

Everyone loves those early Modest Mouse records, all of which are nearly impossible to top. Modest Mouse is one of the few bands I listened to over and over during my high school days and that has grown in love and admiration as I age. The emotional intensity of Brock's lyrics and vocals are impossible to ignore. They're too raw. It's nice to hear he has found a little light in his life through adulthood. It is hopeful, despite recent distressing interviews.