How the Beastie Boys' co-founder brought everyone to the party. 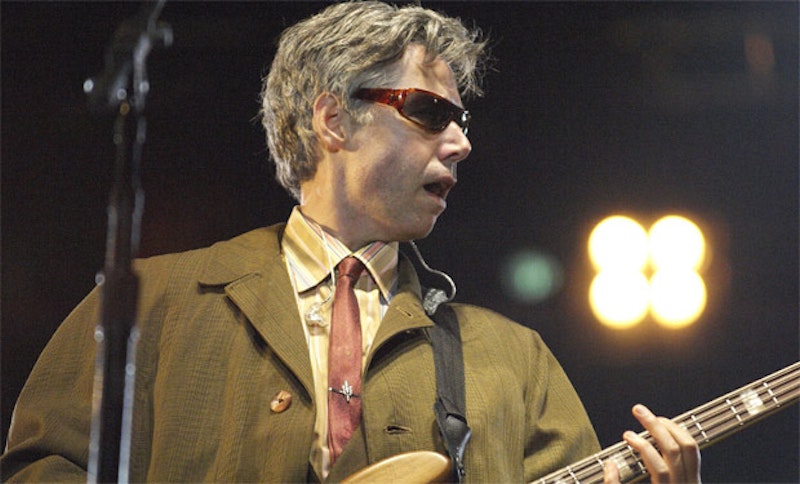 August 5, 1979: It’s Adam Yauch’s 17th birthday and the self-taught bass player from Brooklyn gets a band together to play for it. This garage band changes over the next couple of years, eventually becoming the Beastie Boys. Its fame gives Yauch a new name that sticks: MCA.

September 1, 2005: MCA, Mike D, and Ad-Rock blast through my car speakers on the ride to high school to start my junior year, a crucial one as far as social status. I have a two-song playlist sure to get the morning crust out of my eyes and the brain cells firing. I go for  “Fight for Your Right” and then later, in the parking lot, “Sabotage.” I should book it to class, but “Sabotage” is just too damn good. A couple of my friends crowd around the car and form a mini dance party. It’s basically a bunch of juniors flailing their limbs around like chimpanzees, but we have heart.

May 4, 2012: The Beastie Boys announce that MCA has passed away after a three-year battle with throat cancer. He was 47. Before he died, the band was inducted into the Rock and Roll Hall of Fame, only the third hip-hop group to make the cut. Yauch was too sick to attend the ceremony. His fellow Beastie Boy Ad-Rock read the speech to the crowd, which only aired last weekend. He dedicated the award to friends and family and especially, to Brooklyn, “where we would practice on hot summer days after school, windows open to disrupt the neighborhood.”

The Beastie Boys sold over 40 million albums by the time of Adam Yauch’s death, but his impact continues to be felt in other ways. MCA constantly pushed hip-hop to new lengths while staying true to his Brooklyn roots. Yauch also founded the independent film company Oscilloscope Laboratories, which helped independent New York filmmakers get their start. He directed music videos such as “Intergalactic,” and longer projects, including the 30-minute video “Hot Sauce Committee Pt. II,” the star-studded short that featured Seth Rogan, Danny McBride, Elijah Wood, Will Farrell, Jack Black and John Riley.   MCA traded on his fame to try to fight for everybody’s right to party. Yauch founded the Milarepa Fund, a non-profit dedicated to Tibetan independence and other causes. Usually, Milarepa focused on overlooked issues. It managed to get 100,000 people together to rock for a Free Tibet. Yet after 9/11, Yauch did Brooklyn proud when he rocked to benefit the World Trade Center widows. To the end, MCA stood for things that resonated well into the future, in his music and his life. “Who got the power to make a difference?” asked the Beastie Boys. Answer: “We got the. We got the.”