On Youth Lagoon's The Year of Hibernation. 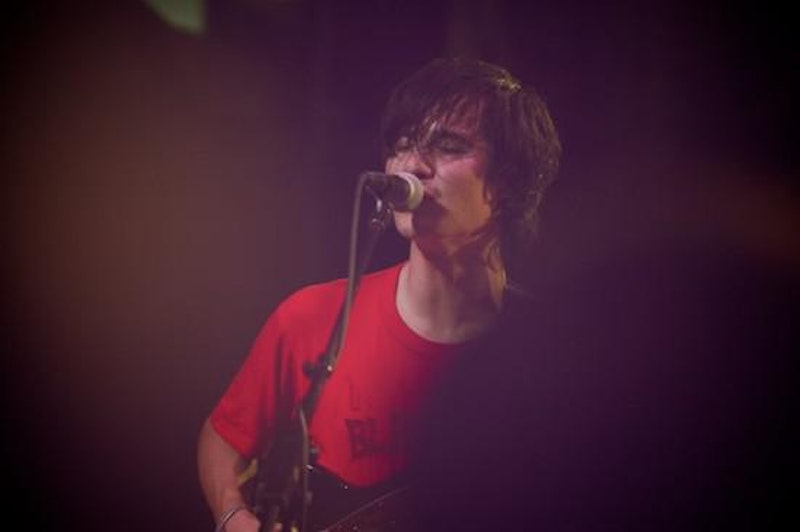 Trashing the latest in blog-anointed hype nuggets: a simple Friday pleasure. I really wanted to nuke the new Youth Lagoon record, The Year of Hibernation, for a lot of reasons: the bad name, all the nauseating buzzwords in the press release (nostalgia, analogue aesthetic, VHS tapes, childhood, BARF), and a sneaking suspicion that this guy, 22-year-old Trevor Powers of Boise, ID, is only the latest in a line of naïve one-trick-ponies who in 10 years will be working at the same pizza arcades so mythologized in their music. It’s not that simple, though: Powers and his music as Youth Lagoon is not wholesale bad—he’s certainly more interesting than Memory Tapes, a fitting analogue (har har… whatever happened to that guy anyway?). Even though this record isn’t one long facepalm, there are bad habits and worn tricks that run throughout.

Such as the vocals. The vocals where you can’t understand a goddamn thing Powers is saying because his voice is ensconced in a fuzzy gold coat of reverb, and enunciation is non-existent (aka Panda Bear Syndrome). Songs like “Afternoon,” “Bobby,” “Posters,” and “July” have a handful of interesting keyboard lines and vocal melodies, but this stuff just feels photocopied, beyond the grain of the lo-fi-as-statement-but-really-we’re-just-lazy-and-willfully-ignorant sound. The factory preset backbeats and its woefully rote tone and mood aren’t appealing at all, they’re just unsophisticated. Powers wears his influences (2008, basically) on his sleeve, but is not willing or able to perform beyond simple (in the worst way), amateurish songwriting. He’s 22, but Avey Tare wrote “Penny Dreadfuls” at 16. Somehow I doubt he’ll make the next Person Pitch, and no one will if the primary mode continues to be pale imitation.

It's like, dude: you sound like a million Bandcamp bedroom noodlers. Get a gimmick or something to make it interesting (top hats and vibrato?). Bands like this are the Silverchair/Stone Temple Pilots/Bush/Better Than Ezra of our time: too in awe or intimidated by the titans of their day to move beyond an already established sound. And I mean, if something is gonna carry records like this, it’s the tone, the production quality, whatever things people can latch onto after 10 seconds of listening. It’s not going to be the songs: cheap YouTube soul that’s not fooling anyone. This ended up being harsher than I expected. I enjoyed The Year of Hibernation, but in the same way I enjoyed the McFlurry I finished for breakfast this morning. I’ll stick to a steak dinner, whenever that may come along.