The band’s new release, Hagbulbia, will break your ears. 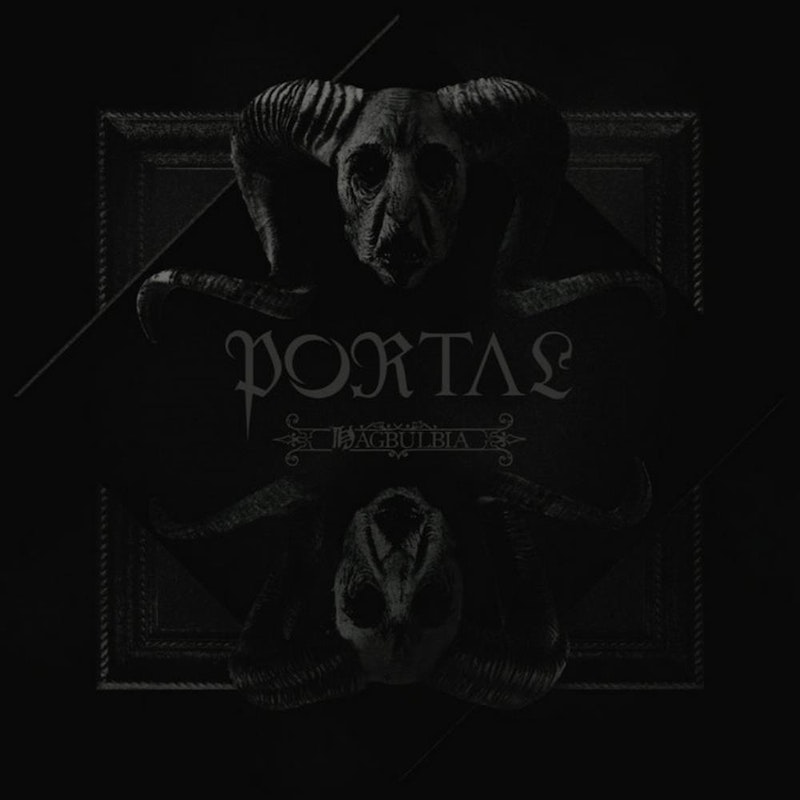 Metal is the child of pompous blues-based hard rock like Led Zeppelin and glamboyant jazzy prog a la King Crimson. Noise music, in contrast, was born of academic experimentalists like John Cage and Varèse. One is swaggering pulp; the other is brainy art gallery snootiness.

Since 1970 or so, though, metal has absorbed punk and art rock and turned into an extended exploration of extremities of volume and screaming. Meanwhile, noise’s high end electronic instrumentation has been democratized and digitized and can be found playing in a rock club near you. Highbrow and lowbrow now are regularly pounded together in a heterobrow of roar.

Roaring heterobrow has long been the dwelling place of Australia’s Portal. Sort of a death metal band, sort of a black metal band, sort of an experimental distorted vortex of demonspawn, Portal’s albums have always teetered on the threshold of incoherent abstraction, just barely metal by the skin of their blaring backbeats.

The album Avow, released this year, gives you a good sense of their style. Vocalist The Curator issues growling roars from the bottom of some unnatural well. Guitarist Horror Illogium drops detuned riffs upon the pock-marked landscape, sending them off to crawl and die in fetid puddles. Drummer Ignis Fatuus hits wet diseased things until they can be hit no more. It’s not completely ambient and chaotic—a track like “Bode” has a kind of ugly, surging populsion to it, like some formless battle mech crushing skulls beneath its tread. But up ahead, you can see its ultimate destination of oblivion—great clotted clouds of noise welcoming it to nothing.

And then, in Hagbulbia it arrives. The band described the album as a “paranormal companion piece to Avow,” and released the two simultaneously. The ghostly suggestion of “paranormal” doesn’t really fit, though, unless the unquiet spirit in question haunted a reverberating industrial mechanism. There’s no pulse here, no real sense of movement. Instead each track is a virtually indistinguishable blare of feedback and shrieks of metal drawn across metal. Even the vocals are little more than an ambient drift of guttural. Sometimes, as towards the end of “Stow,” a drumbeat will come in, or, at the beginning of “Of Straw and Cloth,” you’ll hear what sounds like actual guitar chords. But these severed bits of song structure either blankly repeat until overwhelmed by their own reverberation or just disappear into the indifferent maelstrom.

The final almost 12-minute track, “Hexodeus,” sheds virtually all attributes of musicality or even music; it’s just a solid unassimilable sheet of textured stabbing sound. You can categorize it as Harsh Noise Wall—a noise genre which sounds pretty much like its title. The one remaining sop to metal is the occasional vocals, but they serve less to break up the crushing surface than to assert that the sounds which come out of a human mouth can be as meaningless and overwhelming as electronic hiss and clatter. Portal doesn’t make the noise more human; it makes the human more like noise.

I wouldn’t say that Portal has uniquely erased the distinction between metal and noise. Sun O)))’s drone metal embraces art abstraction slowly from another direction. Gnaw Their Tongues sinks barbed hooks into black metal and hauls it into ambient not un-Portal-like landscapes. Hagbulbia, though, does feel like it has taken its cancerous muse towards one absolute extreme of volume and structureless dissolution. After a career of grinding into dust the border between noise and metal, it has crossed over in an apotheosis of nightmare and blood. Portal has become too violent and too loud for metal. There’s nothing more metal than that.