Nehedar's This Heart is Powerful and Uneven 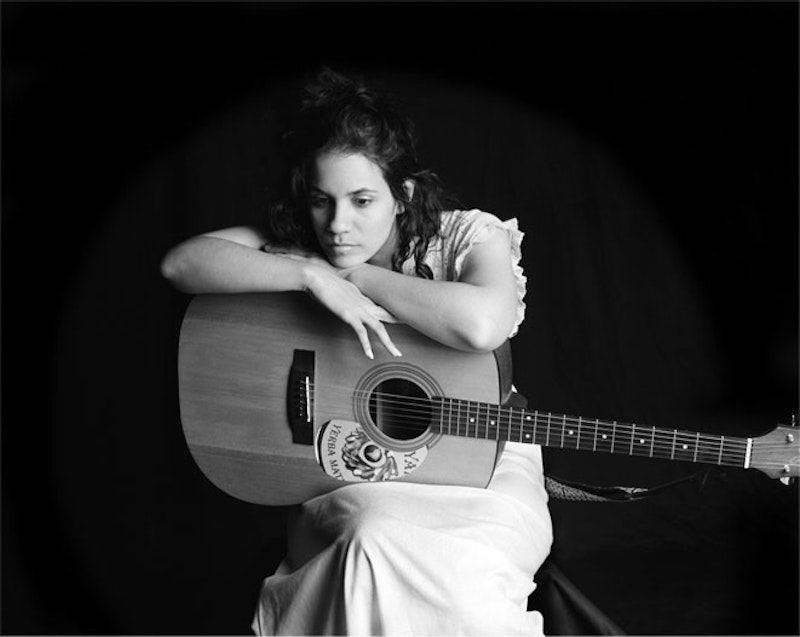 Ever since high school, when a girl I had crush on introduced me to Regina Spektor, I've had a strong appreciation for singer-songwriters—particularly women. (I'm stereotyping hard here, but dudes who use that label to describe themselves tend to be the guy who brings an acoustic guitar to a social event where live music is really unnecessary.) I’d like to say I'm the kind of hepcat who goes for the offbeat-sounding singers, but can't seem to shake an affection for artists who’ve obviously taken classes to sound as crisp and commercially viable as possible. Call it the cursed appeal of the mainstream.

Enter Nehedar, a cross-genre group that, despite its pop affectations, is so tonally diverse it'd be called an indie band even if its members signed with Atlantic. The lineup is constantly rotating, but vocalist, guitarist, and composer Emilia Cataldo is always at its focal point. Her new album, This Heart, brought the Barenaked Ladies to mind as I listened the first time—possibly because of the wildly ricocheting tone of the whole endeavor and the varying types of instrumentation. There's just as much horn and string action as there are electronica influences.

As anybody who listens to more than 10 seconds of a Nehedar track can attest, Cataldo's voice is fabulous. Too often in indie pop, a weak voice is made passable by layered effects and intense production work; here, the lyrics take center stage with a powerful effect. On the opening track, “Bells of the City,” Cataldo's pipes chime out amid creepy keyboards and horn trills (courtesy of Mike Shobe on trumpet). And hearing such a bright voice belting out, “Everything you ever knew was a lie/Everyone you'll ever love's gonna die” in “Take This World” is a jarringly fantastic feeling, especially when paired with Dave Keen's melancholy violin. On the other hand, Cataldo's technique often comes across as overly precise. “What's Becoming” feels stale and disjointed; while this is partly because of the abrupt key changes that feel as though they belong in different songs and all the rhymed verses ending in “me” and “be,” I have to attribute it just as much to Cataldo's too-clipped delivery.

In fact, if there's one grand flaw in This Heart, it's an uneven level of emotion. This would be a problem for any album, but here—on a record that's not only devoted to baring Cataldo's soul but to constantly expressing her dark desire to give up her dreams and take the path of least resistance—it's nearly disastrous. The otherwise heartfelt “Something to Call Mine” is interrupted by a bunch of skatted “do do dos” that clash horribly in their polish against a sweeping harmony of strings that I'd have preferred to take an extended solo. A more cynical listener might suspect Nehedar of being Cataldo's vanity project.

But when that's followed up by the gorgeous “I Used to Have Friends” (which is reminiscent of her even better song “My Roommate is an @$$clown”), I can't bring myself to hold Cataldo entirely at fault. Yes, there are problems—as brutal and honest as her lyrics can be, she still seems oddly bashful at delivering lines like “so full of shit/[my eyes] are brown/...and they've matched every outfit that I've worn”—but Cataldo's delivery is too close to perfect for me to stay mad. With all its flaws, if This Heart inspires one indie pop warbler to do better, I'll count it as a resounding success as “Bells of the City” reverberates in my head.