A review of Panda Bear Meets the Grim Reaper (Domino). 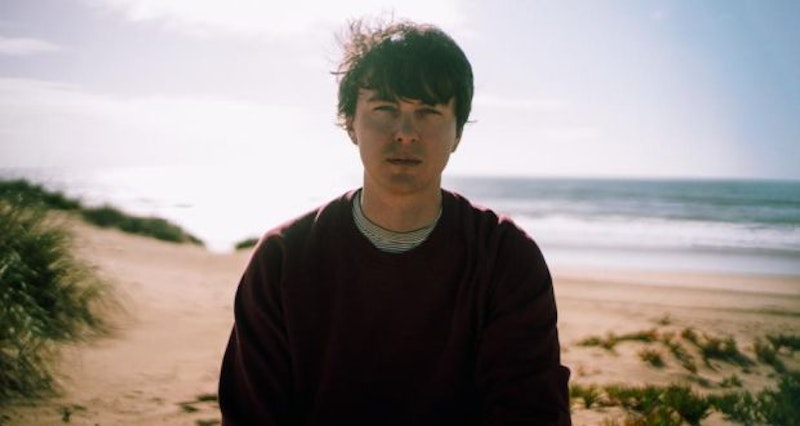 You can find the Waldorf School of Baltimore a few twists and turns off Cold Spring Lane. In the 1980s and 90s, the school was visible directly from Cold Spring, but it was easy to miss, because at that point it was an unassuming, field stone mansion framed by a gone-to-seed swimming pool, a broad expanse of open field, forests that seemed to go on forever, and ugly, post-modern condominiums. Parents who sent their children to learn at this pre-K to eighth grade school were reasonably well-off, troubled by conventional educational thinking, aging hippies, or some combination of all three.

Mythology was huge at Waldorf—Norse, Greek—as were imagination, Eurythmy, visual art, various species of needlework, music (Suzuki Method forever, motherfuckers), May Day, candle-making. The third grade class made pizza on Tuesdays and sold it school-wide. There were no uniforms. Students had the same teacher all the way through from the first day of first grade until eighth grade graduation. So it was all pretty mellow, pretty chill, pretty groovy—a great world in which to learn, grow, and nurture creativity.

I know all of this, very intimately, because I was a Waldorf School of Baltimore student through fifth grade; Mrs. Carol Steil, my teacher there, sent me a blank, muted-tone notebook when I graduated from Calvert Hall years later. Animal Collective’s Noah “Panda Bear” Lennox and Joshua “Deakin” Dibb were in the class immediately after mine; hearing Sung Tongs for the first time and learning who was behind it, everything clicked immediately. “Of course,” I laughed. That wide-eyed wonder, the psychedelic simplicity, the communing with nature? It was all right there in those thirsty, formative years of ours: in the rectangular German block crayons and the towering trees, in the colored pencils and coagulated paints, in the tykes circling May poles, in the annual Advent bazaars. A sense of wistful whimsy has informed the band’s discography throughout its career, even as its members have become more inventively capable and the solo albums have gradually come to outclass or rival the delectability of the crew albums. If Panda Bear’s records prior to Panda Bear Meets the Grim Reaper share a common fault, it’s that they’ve been engagingly vaporous: intensely pleasant while spinning, but a few degrees shy of forgettable.

What’s Grim Reaper got that its predecessors lacked? Heft, propulsion, and sharper hooks for starters, with Lennox’s vocals dissolving into the warm burbles and crumbled synths and mewling canine samples like brown sugar on a hot pan. This is a considerably warmer, brighter affair, with Spaceman 3’s Sonic Boom behind the boards—but there’s a bouncier strut to the low-end here that recalls Ben Allen’s production work on Merriweather Post Pavilion, Animal Collective’s 2009 breakthrough.

Opener “Sequential Circuits” throws a head fake to Person Pitch, Tomboy, and Young Prayer—layered vocal drift, a rising swamp of field recorded sound, pitch-shifting eczema—then everything to follow explodes into a braver new world. Obviously, the singles are the singles for a reason: if pop-art confection “Mr. Noah” were a whaling vessel, every listener would need Dramamine, since it’s a punch-drunk Tilt-a-Whirl on the verge of being devoured by the engine that makes it go, while “Boys Latin” is pitch-perfect 2029 synth-pop that suggests tumbling into the mouths of endless Russian dolls stewing in liquid Ketamine. But then “Principe Real” knocks like a kooky, conceived-in-1991 send-up of Imperial era Fleetwood Mac; “Butcher Baker Candlestick Maker” bustles, crumbles, and oozes all at once, like a butterfly on the verge of escaping its cocoon; and “The Lonely Wanderer” splits the difference between a Swan Lake piano ballad and ominous cyber creatures huddling in copses after dark. “Come to Your Senses” and “Tropic of Cancer” are the literal and figurative heart of the record: the former a mutated head-bobber, throbbing with bumptious, beat-boxing synthesizers that nail the full-bore maximalism that Centipede Hz couldn’t quite achieve, the latter a lilting, swoony wandering through mazes of harp strings. Gloomy title and promotional imagery aside, this is inarguably an album about the awesomeness of being alive, the wonder of being able to open one’s eyes to another day and the adventures that await; it feels fluid, elastic, color-saturated, insistent that you be as happy to exist as it does. Are Grim Reaper’s roots showing, so to speak? Yes. Does it feel like a pinnacle? Definitely.