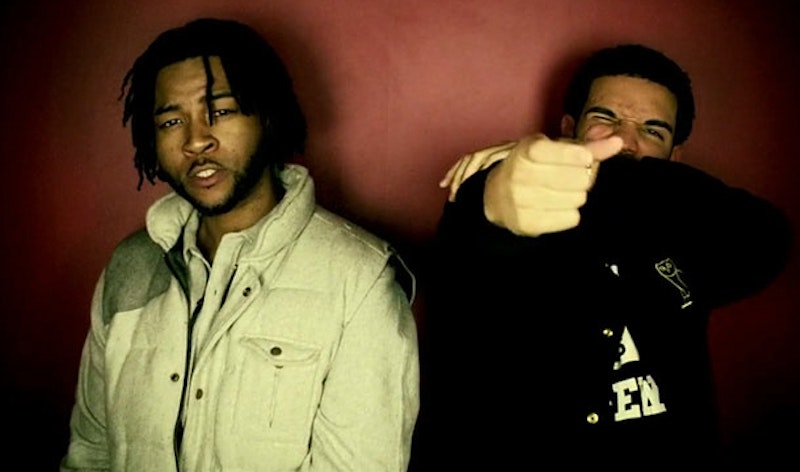 Drake’s label, OVO Sound, loves mystery. Who doesn’t? It’s more effective than ever as a hype-generating tool—when all information is instantly available, the unknown becomes tantalizing. Of course, at some point the talk of coming attractions has to translate into actual releases. While two artists in OVO's stable have been successful at generating interest, it’s a little more of a mixed bag when it comes to making music.

The first time anyone heard about Majid Jordan was when they were credited on Drake’s “Hold On, We’re Going Home.” That #4 pop hit represented an impressive entrance—Majid Jordan helping an artist at the top of his game as he reminded everyone that he’s a rapper who didn’t even need rap. It also helped that Drake was an established cool-hunter with a track record of early adoption—supporting the Weeknd, for example, or using Jamie xx on a club track. The music press was left scrambling to figure out who Majid Jordan were and where they came from, while Drake laughed his way to the top of the charts.

It’s not a surprise that OVO has done a good job continuing to limit the information available about Majid Jordan, even as they release a new EP, A Place Like This. Here’s what we know: it’s the work of two men, Jordan Ullman and Majid Al Maskati. Another release from the duo (Afterhours) is available for free on Datpiff.com, though it originally came out under the name "GOOD People," then got re-released for free under the new name after the success of their Drake collaboration.

Beyond that, we must deduce from their tunes. A Place Like This demonstrates that Majid Jordan is fluent in the sort of electronic soul that first earned them attention. “Her” is feathery and sensual, like “Hold On” with more lateral movement. But the duo is also excited by dance music (see “Hold Tight” and “Give Me A Reason” from Afterhours). Their boss hasn’t worked too much in that genre—though his song “Take Care” nodded towards it—so this gives Majid Jordan the chance to step out on their own.

They’re fluid and effective in this mode, preaching immediacy and eternity at the same time. “Forever” flashes a pumping, syncopated beat, “All I Do” brings in a bass line indebted to Nile Rodger’s old partner from Chic, Bernard Edwards. “U” channels singers like Craig David and Daniel Bedingfield, who enjoyed success in England in the early ‘00s mixing soul with garage’s tricky rhythms.

Jahron Brathwaite, who performs as PARTYNEXTDOOR, is also on OVO, and releasing his second project. Brathwaite likes to cultivate an air of mystery as well: on his official blog, he has just three pictures and no biographical information. One of the photos shows the back of his head, with an owl, the symbol of his label, clearly visible. Another displays the side of his head, again with the owl in view. The third depicts three barely-clothed women, but no owls.

PARTYNEXTDOOR2 is a harder sell than A Place Like This—Brathwaite never separates himself from his label head. This is a problem because the Drake sound is no longer unique to Drake; it can be found everywhere. In songs from Banks, FKA Twigs, Jessie Ware, Frank Ocean, and Beyonce, you hear it: frank discussions of feelings paired with hip-hop percussion, blurting bass, and a dark but rich undercurrent of synthesizers. PARTYNEXTDOOR rides a wave; he doesn’t define it or push it further.

The album starts with the line, “The summer’s over, and we’re watching the sun finally set;” song titles include “Sex On The Beach,” “FWU” (fucking with you), and “Thirsty.” You know you’re going to get a full dose of the over-satiated gloom that everyone’s trying to make so attractive these days, and that’s what Brathwaite delivers. Only occasionally does he sound more invested, like on the opener, “East Liberty,” where he attempts to persuade someone to leave her lover for him.

Add Brathwaite to the list of singers for whom society’s standard methods of escape—sex, booze, drugs—has no effect. His songs reflect this, mostly starting slowly, opening up into a beat, and then scaling back down, without ever achieving lift off. Drake knows better: darkness gets more traction when you mix it with exuberance.