Decision point: stay sober and play well, or drink and have fun? 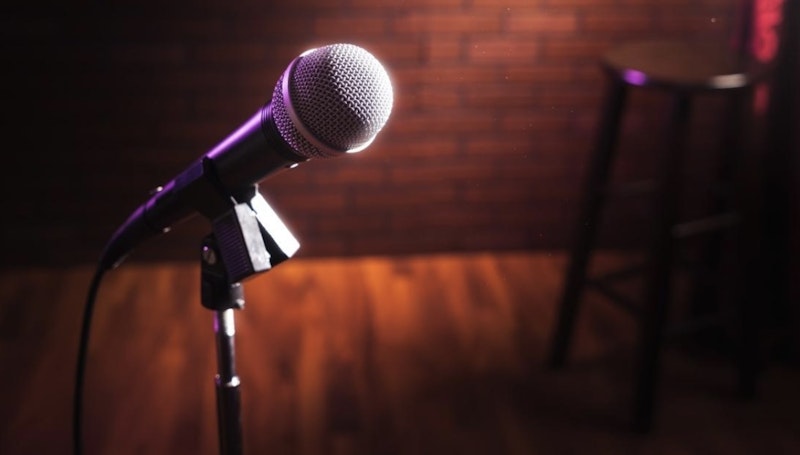 It’s Open Mic Night at the local watering hole, and you’ve got your songs dialed and ready. You’ve been perfecting your guitar/vocal rendition of Joan Osborne’s “One of Us,” and it’s ready to go.

Decision point: stay sober and play well, or drink and have fun?

There’s some etiquette to be observed, and some hard-fast rules. If you want to be welcomed with open arms and not eyerolls, you need to play by them. First, relax. It’s supposed to be fun, not prelude to an angioplasty. Show simple respect and attention to your fellow performers, no matter the relative level of talent. Prima donna syndrome—showing up only for your time slot and then leaving—is discouraged by a mass exodus to the patio the next time the prima takes the stage.

The host’s your friend, until you prove unworthy. He or she is dealing with musicians, and is likely earning every nickel of whatever the venue pays for such duties. Leave your inflated ego in the parking lot. It’ll either be there when the show’s over, or it won’t. Slots are 15 minutes; other people are waiting to play. If you plan to perform Iron Maiden’s 13:38-minute “Rime of the Ancient Mariner,” you only get one song.

Singer-songwriters typically make up the majority of performers. They come from couches and music rooms across the city to share covers and originals often based in folk, Americana, and angsty material.  If you’re unfamiliar with the discography of singer/songwriter John Prine, prepare to be thoroughly educated. After a series of these heartfelt, often socially-conscious performances, the guy who sings to a full backing track of Nazareth’s “Hair of The Dog (Now You’re Messing with Son of Bitch) will sound like a breath of fresh air.

Many of these open mic performers will be nervous. That woman who starts regularly showing up just to watch? She’s working up the guts to perform. Sing along only if asked; you could jimmy-up the whole works. People bring interesting and arcane musical talents to these shows, so don’t be surprised to hear “Somewhere Over the Rainbow” played on a zither.

Compelling micro-dramas will often be in evidence. Will that quarreling couple in matching Hair Metal leather make it through Motley Crüe hit “Looks That Kill?” Aerosmith’s “Dude Looks Like a Lady” may be more on-the-nose tonight than you know. Good things and good times happen. People with no interest in the open mic bringing their drinks over during your set is the second-best thing that can happen. First? An actual gig. Often, real-deal talent will be on the list, to promote an upcoming show. With luck and perseverance, you might be in their shoes someday.

Open mics are barely profitable for proprietors, so support the nightclub offering them. Don’t order tap water with ice. Open mics may be discontinued without notice, but no worries. They’ll be resumed within a week, with the same performers—who often become friends—at an establishment down the street.