On the Edges of Country 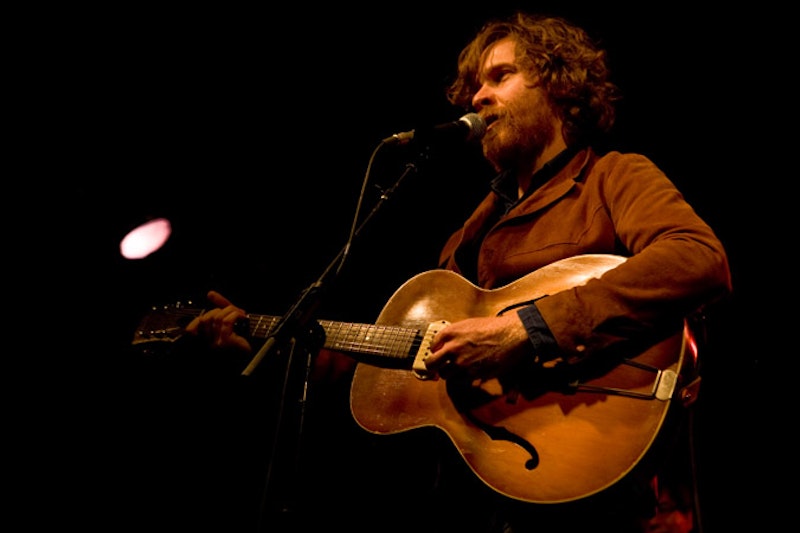 As the year in music gets underway, fresh material trickles out slowly. The big labels haven’t really gotten into gear yet, so there haven’t been any huge mainstream pop or hip-hop releases. Eric Church’s debut, out this week, represents the first juggernaut release. During this time, artists who exist on the fringes of genres can gain attention without getting swept away by better-funded competition. Doug Paisley and Robert Ellis, country-tinged singers not connected with Nashville labels, have each taken advantage of this slack period to send transmissions from the wilderness, with Strong Feelings and The Lights From The Chemical Plant, respectively.

Doug Paisley is not related to Brad, though he likely shares his love of older mainstream country stars like George Jones. Paisely has “indie” friends like Leslie Feist, so he’s accepted by that community—which traditionally doesn’t give a hoot about mainstream country, though it happily accepts those who worship it, like Paisley or Bonnie “Prince” Billie. Paisley’s from Canada, not the South, but don’t let that fool you. Shania Twain is from Canada too, and her Come On Over happens to be the biggest-selling country album of all time. Paisley’s voice actually shares a high, fragile quality with Arthur Russell, a New York artist known mostly for downtown NYC 1980s dance music who also recorded a series of country-leaning pop songs compiled on Love Is Overtaking Me.

Strong Feelings cycles through a variety of 60s and 70s sounds. “It’s Not Too Late (To Say Goodbye)” honors George Jones with its parenthetical title—Jones was fond of these, see “Nothing Ever Hurt Me (Half As Bad As Losing You)” or “If Drinkin' Don't Kill Me (Her Memory Will).” “What’s Up Is Down” incorporates a Big Star-like flourish of guitar, but also some mournful piano that wouldn’t seem out of place in cocktail jazz, and muted horns, which appear nowhere else on Strong Feelings. “Where The Light Takes You” has a sweet, melancholy guitar lead and a big group chorus full of 70s Laurel Canyon idealism: “Anyone withholding your heart, would you let go/where the light takes you, where the new day breaks you/where the music makes you/what you are.” At the end of the track, there’s a jammy, guitar-heavy breakdown.

Paisley’s feelings may be strong, but he generally expresses them in a warm, unified fashion. Organ or piano lies under most of the tracks, and the electric guitar sparkles clearly. The first song, “Radio Girl,” incorporates a wistful whistle, and that whistle comes back on the last song, “Because I Love You,” jauntier this time. “I’m writing to you in a song,” sings Paisley. “Songs can travel over walls, across great spaces and through time/ a little song to say I love you.” Plenty of songs have made their way across the years to him, and he’s trying to add his own to the mix.

Robert Ellis, a Texan, is on New West Records, an independent label that caters to a range of tastes, but includes country stars from previous generations, like Kris Kristofferson and Dwight Yoakam. If Paisley’s enamored with George Jones, Ellis’ first release, from 2011, showed a serious interest in Gram Parsons. But on The Lights From The Chemical Plant, he sprinkles in some soul, covers Paul Simon, and lingers in his songs, three of which exceed six minutes.

Still, Ellis establishes his country pedigree immediately, with a stream of pedal steel, his reedy voice, and a line: “I am not a failure/I played the hand that I was dealt.” “Sing Along” starts with rapid-fire strumming and a touch of religious imagery involving “the flames of hell.” “Only Lies” flutters along sadly towards disaster, destruction, and maybe divorce—“only lies can comfort you/only lies will see you through.” Ellis has a way with evocative opening couplets. In “Bottle of Wine,” he starts: “A bottle of wine, and a bag of cocaine/you’re on my mind, as I drive home in the rain.”

It doesn’t get much more country than that—so much tragedy wrapped up in a few simple words. But Ellis plays the song almost entirely on piano, and throws in a saxophone solo at the end. The album opener, “TV Song,” is about watching television to escape his problems, which may be healthier than all the other ways people do it—booze, pills, adultery. But it’s a funny conceit, since traditionally being a singer allows you to take on some roles that you might not otherwise get to play, so you don’t need television for escapism.

And Ellis actually does play a number of roles without the help of the tube. On the album’s title track, he’s making ambitious, sweeping pop. “Steady As The Rising Sun” is gentle R&B. “Pride” has a bass and brushed percussion opening, and there are funky flourishes at the end of “Houston.”

Still, he always returns to his roots in tear-jerkers. “Tour Song” builds on a common trope for a second album—the numbing monotony of being a professional musician—but it’s maybe the most tragic song here. Ellis sings about his lover at home, his voice pitched closed to a whisper. “She’ll find someone to talk to when she’s feeling all alone/she’ll find someone to cook for and to care for when I’m gone/she’ll find someone to go with her to all the honky-tonks/she’ll find someone to dance with when the jukebox plays our song.” Being a musician allows him to play with a variety of guises. But even out on the edges of country, he can’t be in two places at once.