The down-with-rock gods end run of Liz Phair's "May Queen." 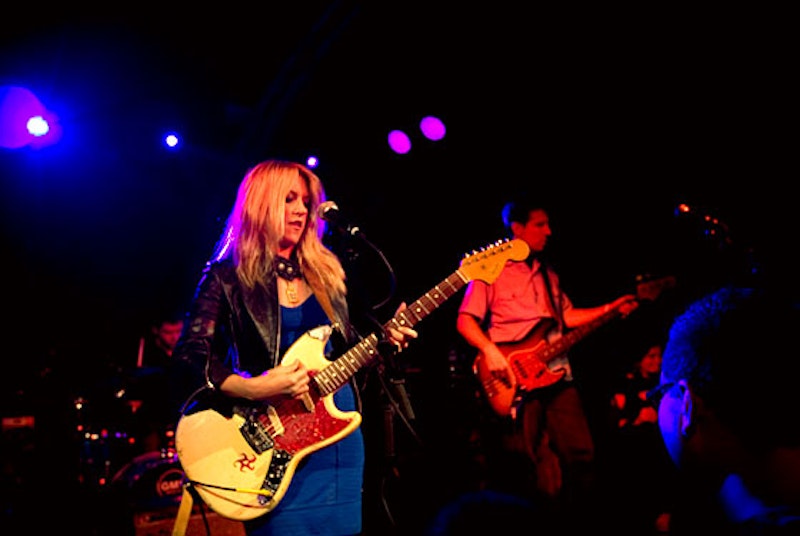 In retrospect, the naysayers were right: 1994's Whip-Smart really was a kind of half-baked sophomore album. My prevailing ardor for it probably has something to do with it being my introduction to tittilatingly saucy Chicago singer-songwriter Liz Phair, and why, even now, 1993's Exile in Guyville strikes me as a hit and miss grab-bag.

Nonetheless, from an mainstream indie-rock perspective, those two albums—plus the Girlysound tapes—constitute the entirety of Phair's "Imperial Phase"; personally, I'd extend that to encompass the whitechococatespaceegg demos, but that's an argument for another day. But if we're looking at things commercially, the dream ends at with Whip-Smart, after which point Our Liz leaps off the deep end and into the pop-industrial-complex abyss—we're better off not parsing what came after tha—and if we're inclined to take a more granular approach, we might insist that her heyday ended with "May Queen," that album's final cut.

Exile In Guyville was billed as a point-by-point response to the Rolling Stones' Exile On Main Street. Whip-Smart was theme-less, lacivious icing-of-questionable-provenance on the cake: a fractured collection of moods and scenes from a desert road movie where the heroine mines nursery-rhyme cadences other tchotkes of juvenilia for filthy gold. Issouant guitar lines and artfully slurred syllabales aside—even two decades removed from first exposure, the opening 30 seconds of this song still gives me goosebumps—"May Queen" doesn't belong to the world of Whip-Smart. Rather, it's a coy batting of the eyes in the rearview mirror at the Phair of Guyville, that unknown ingenue on the make, wowing friends and strangers with demos, envying and resenting the power of male rock stars and the belittling sexism of the male-dominated indie-rock treehouse.

"Don't...beeeee...fooooooled...by....him, heeeee's... fiii-iii-inne," she sings, bemoaning the willingless of female fans to be taken in by the male musicians they put on a pedestal. But the key is that she's singing this not as a 17-year old at an Iron Maiden concert, but as a jaded 26- or 27-year old sipping Rolling Rocks backstage at a Soul Asylum show because—wait for it—now she's a rock star, too, seeing life from the other side of the magic curtain.