Don’t Call Him An Outlaw 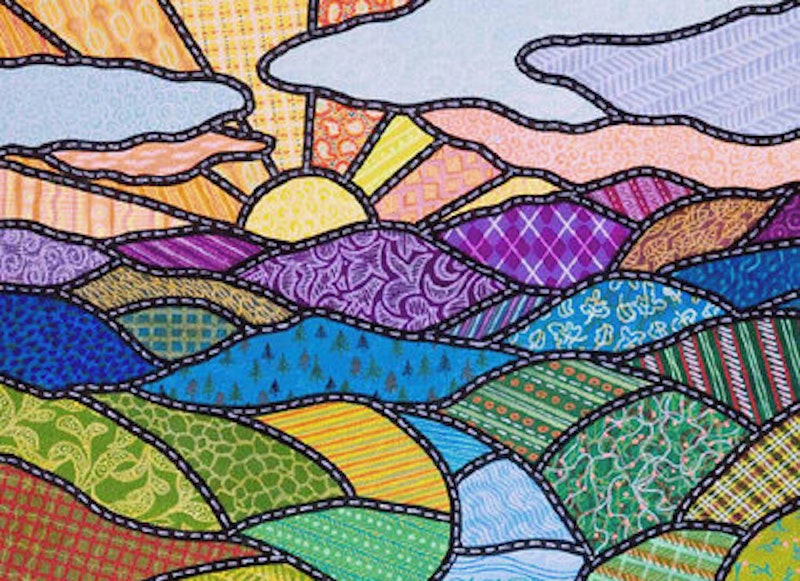 High Top Mountain, the debut album from Sturgill Simpson, shows traditional sensibilities updated for the 21st century—aware of market forces in the music world. The singer slings a deep, resonant voice around concise, punchy tracks. He doesn’t shy away from ballads, and knows that a good way to wash down a slow track is with another romp. Simpson extends a long line of male country stars, reaching back to the early 1970s and the classic recordings of the “outlaw” Waylon Jennings.

But don’t tell Simpson that. He opens his album: “Well that label man said son now can you sing a little bit more clear/Your voice might be too genuine and your song's a little too sincere/Can you sing a little more about outlaws and the way things used to be/He told me you just worry about writing them songs leaving everything else to me.” In these first four lines, Simpson sets up a series of struggles. He’s fighting with the label man who he needs to pay him for music, with an audience he feels won’t accept him on his own terms, with a past he can’t escape, and with the songs themselves, which constantly slip out of his grasp as he tries to wrestle them to the ground.

Simpson declares himself a square. “That's the way it goes in this day and age/You ain't gotta read between the lines you just gotta turn the page/Well the most outlaw thing that I've ever done was give a good woman a ring/But that's the way it goes, life ain't fair and the world is mean.” The irony about this is that today, saying you’re not an outlaw is probably one of the more outlaw things left to do. Also, the facts don’t back Simpson up. Willie Nelson, Kris Kristofferson, and Jennings—who started country’s immensely successful outlaw movement in the 1970s—did so to escape the Nashville-dominated system that they believed cramped their artistic freedom, preventing them from singing the songs they wanted to sing and playing the way they wanted to play. These grievances sound a whole lot like, “the label man said son now can you sing a little bit more clear.” But Simpson resists all the analysis. That’s the way it goes, “just turn the page.”

After declaring his pedigree, Simpson gets down to work. Guitars break ranks for short, concentrated solos, and the slide player adeptly communicates melancholy or rollicking madness, depending on which is called for. The piano functions like a drum at times, adding percussive fills. Most of the tracks are ballads or chuggers, though if those don’t appeal, “Some Days” touches on country funk, with a shifty, tricky beat, and “Time After All” also traffics in unpredictable rhythm.

Simpson dispenses a stream of world-weary wisdom, phrases like, “Some days you kill, some days you just choke.” Or, “everybody says they’ll be there, but in the end you know they won’t.” He’s also territorial, getting “tired of y'all playing dress up and trying to sing them old country songs.” And he’s upset about the demise of the coal industry. “I'll be one of the first in a long long line/not to go down from that old black lung,” he sings. “My death will be slower than the rest of my kind/And my life will be sadder than the songs they all sung.” It’s strange to idealize death from the black lung, but the larger point stands—with a dead economy, the man doesn’t have a lot of options.

But that’s not quite true: he’s got songs. On “You Can Have The Crown,” he’s “spending all my money on weed and pills/trying to write a song that’ll pay the bills.” The tune’s not coming though, so he’s going “to rob a bank.” There are several jokes here—first, the song he’s singing is powerful and evocative enough to be that elusive hit. Second, everything keeps getting in the way of everything else, so nothing actually happens. “Instead of sitting on the couch trying to find the next line/I'm sure there's gotta be a better use of my time/Like figuring out which one of these banks I'm gonna go rob.” At the end of the song, he knows he’ll “still be trying to figure out what the hell rhymes with Bronco.” This could be another comment on the frustrations of songwriting, or maybe a subtle swipe at country music’s penchant for glorifying certain automobiles.

Simpson’s plenty self-aware, too: “At least I ain’t sittin’ in ol’ Baghdad, in the middle of the hot damn desert, sitting in a tank.” Yeah, “life ain’t fair and the world is mean,” but he keeps on plugging. In the 21st century, an outlaw knows it could always be worse.