Noise Music In Heaven and Hell 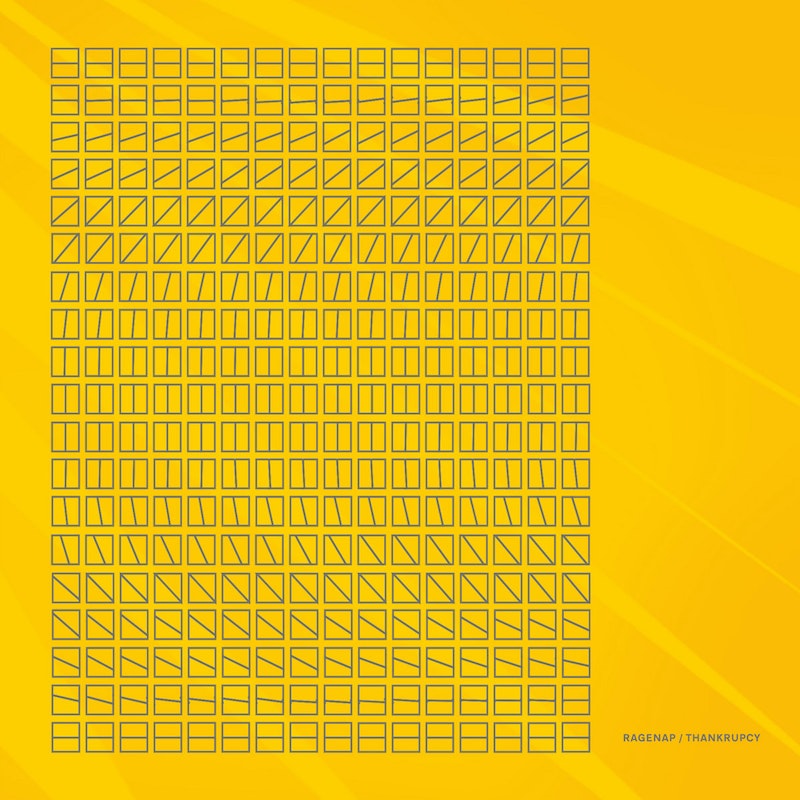 “A heaven for mosquitoes and a hell for men could very conveniently be combined,” C.S. Lewis wrote in The Problem of Pain. Pleasure and punishment can be a matter of perspective—a truth well-known to most ambient and noise musicians. The wash of transcendence is barely distinguishable from the inferno of immolation. The only difference is a tweak of an effects pedal, or sometimes the cover art.

Chicago’s Joel Berk, aka ragenap, leans towards the holy ecstasy. His latest release, Thriving Culture (American Dreams), is an extended exercise in monumental drone. Berk processes his electric guitar through an amp and handheld recorders to create giant sheets of shimmering echo around simple repetitive cycles of notes. On “4.16.2021” and “4.16.2021 (reprise)” the buried melody keeps trying to turn into a fanfare. The title track is less insistent, more slow development, a crescendo rising over 21 minutes. Thriving Culture could be something you turn on to meditate in an egoless empty cavern. Or it could be background for a nature documentary or a 2001-ish science-fiction New Age movie—providing extra emotional heft for some visual revelation.

Detroit native Siobhan’s track “Dixieland” is also an ambient hole to fall into, though the hole here points down rather than up. Where ragenap creates echoing crystal tones, Siobhan’s noises are insectile, a metal spider scrabbling to escape an iron box. Glory doesn’t release you from your skin. Instead, arc welders cut out your bits.

Siobhan’s approach is more eclectic than ragenap’s. The new album, Body Double (nostilevo) is eight tracks longs, and there’s some stylistic variety from composition to composition. Songs like “Calamity” and “Helicopter Parent” have a recognizable, repetitive industrial beat anchoring the howling, the roar and the sustained, ear-splitting tones. “Dispell Goodness” is goth or darkwave, with some distorted voice muttering beneath the jackhammer.

“Latex Face Mask” is more formless; it’s little more than sustained hum, a spasmodic thump, and an evil-sounding voice laughing and whispering spoken word black magic. “I hate my skin. Help me escape. My history becomes me. The present moment is a shield against all future difference… the past Is a latex facemask that shovels the future…”

The voice on “Latex Face Mask” sounds threatening. But it’s also imploring, begging you, or Siobhan, to peel itself from itself; it wants to stop talking and be devoured by the aural scum that it crawls out of and which is sucking it back in. Dark ambient, metal, industrial and extreme music is supposed to be off-putting and abrasive, but it’s also pleasurable. “Body Double,” the title track, throws you into a pit of devils to be devoured, or lets you escape the devils in your head for a pit of oblivion.

You can imagine Thriving Culture as a doppelganger of itself, too. The monolith advancing through the mist looks at first like a benevolent deity. But it might pull off its latex facemask and reveal the tentacles of Cthulhu. Ragenap has metallic tones buried in those walls of sound, reminiscent of Siobhan’s tears and scrapes. Listening to either album, you could be floating free of yourself into a wider truth. Or plunging into the abyss, to be hammered to pieces in the infernal machines.