Lang Lang’s successful attempts to play music like an android on Westworld reminds me to warn you about a couple of other performers. 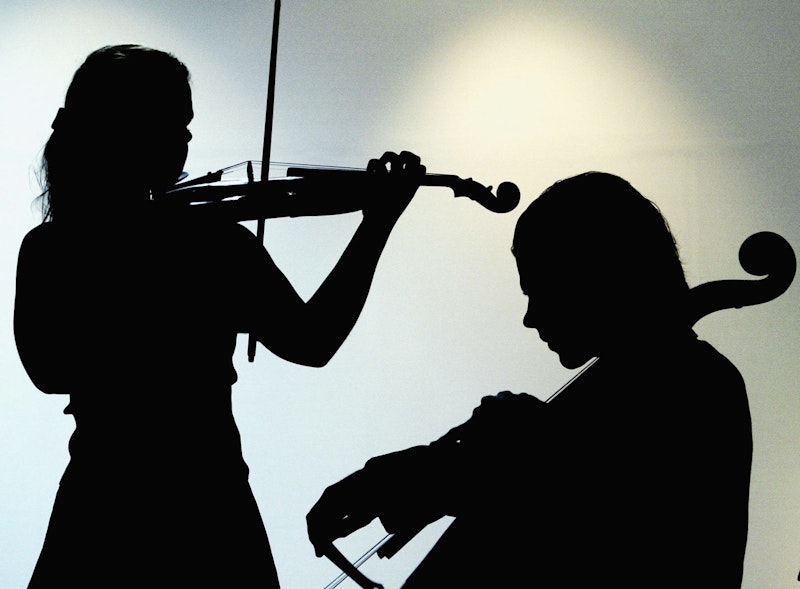 Earlier this summer, the classical pianist Lang Lang released an album full of instrumental versions of Disney songs. Right away, I became upset, because he didn’t entitle it The Jingle Book. But on a deeper level, I was upset because I already had an album of Lang Lang playing Disney songs: his take on Bach’s Goldberg Variations. One of the most deluxe albums ever released—with countless different versions available on the same streaming platforms, making it look as if your app is somehow broken—it’s also one of the least committed recordings ever performed. Every hair’s in place, but nothing sings; nothing keeps its meaning for more than an instant. Lang Lang’s Goldberg Variations is an ideal recording for people whose idea of Bach is encapsulated by the enthusiastic phrase, “It’s Bach.” These listeners have suffered too long under the yoke of Glenn Gould, who insisted on reading things into Bach! The beige-on-beige of Lang Lang’s subtle attempt to murder Bach’s greatness will delight them to no end.

Lang Lang’s successful attempts to play music like an android on Westworld reminds me to warn you about a couple of other performers, who also obscure the starry sky of classical music like slowly passing blimps. The first of these is the Emerson String Quartet, who formed in the 1970s. Along with many other once-promising cultural things launched in Manhattan, the Emersons have by now drifted insensibly out onto Long Island, the place where (sometime next year) they intend to gutter out once and die. Their legacy includes nine Grammy awards, including Best New Philosophical Reference and Best Hip-Hop Video, and over 30 recordings, some of them very long. (By “long,” I mean that your app will force-quit if you even think about downloading such doggedly completist LPs.)

The Emersons enjoy pretending, every time they record someone new, that this new guy is their absolute favorite composer. At first there was only “the Haydn Project.” Later, Felix Mendelssohn also turned into an Emerson-branded project. The quartet has been making music for a long time, and I think they sometimes forget which gimmicks they’ve already tried. Is there any other group in the world that would release an album called Bach: The Art of Fugue, and then follow it up with Bach: Fugues, a completely different recording? Admittedly, in Ralph Waldo Emerson’s essays, there are numerous moments where Emerson urges people to treat everything as new, and directly intended for them. But I doubt even the original Emerson would be willing to stand by his namesake quartet. Check out their liner notes on Bach, where they credit fugues with helping them think more clearly; it’s pretty obvious none of them realized such music existed until shortly before getting all of it on tape. Nor do I think they realize that Bach composed some very good pieces of music that weren’t fugues. I picture them leafing through Bach records, probably on vinyl, throwing everything that isn’t a fugue at the nearest wall.

The problem with such unrestrained, shiny enthusiasm is that it’s only half an inch deep. The Emersons like whatever has already become a certified classic, and they like it for the same reasons as everybody else. They perform Haydn with a kind of reverent confusion, as if they know his melodies are going to zigzag and stutter, and are feeling nervous about it. He’s supposed to be serene, so they can’t really explain to you all the ways he’s not. They play Mozart like they’re not even in the room; each composition sort of plays itself, out of pity for the listener. The brilliance of Mozart doesn’t just disappear; instead, it cries out, like a living person held for ransom in a soundproof cell. Beethoven, after Emerson assimilation, is primarily ruined by their tears of sordid awe; the way these opportunists steal up on Beethoven’s least accessible quartets, nudging each other in mutual incomprehension, you’d think they were violating parole. I once read a wonderful quote to the effect that the only travelers who feel completely at home, 100 percent of the time, no matter where they go, are sociopaths. String quartets are like that too.

My last pick, for a “who’s-who” of classical travesty, is a tougher call. There are many contenders. Their trespasses vary. But I’d say the worst among them are Georg Solti, the famous Wagnerian, and Janine Jansen, the violinist. Each one is a product of their time. Solti became famous during the late-20th century, when he was widely praised for treating classical music like Side B of Tommy. Sir Georg Solti was chosen by God to put the “rock” in “Ragnarok.” He wielded his baton with all the subtlety normally reserved for whipping mules. Children exposed for any reason to one of Solti’s shrieking maidens invariably cry. He mixes Wagner’s hummable tunes with the latest in electroshock therapy. Moreover, his orchestral blasts are equally monolithic, bracing, and forceful. I once played him aloud in a New York apartment, on a hot summer day, with my windows propped open. The cars in the street began honking madly. I’m pretty sure two burglar alarms went off. Until dubstep, Solti was the most somatic music money could buy. You always knew something was going to happen if you put him on. I don’t mean anything good, but sometimes boredom doesn’t respond to any mild cure.

Janine Jansen, on the other hand, is the perfect successor to Solti: if he was an avatar of the CD era, for classical “fans” who “know their stuff,” she’s the wispy, soulless queen of streaming platforms. Like Solti, she’s canonical; unlike him, her default mode is caution. Solti was always waving his arms, for his cover art, like a man trying not to fall to his death. Jansen is always reclining, her violin pillowed beside her head, or arranged on her hip like a tasteful orthopedic brace. The concerto, which she specializes in, is a perfect chance for her not to outshine the orchestra. She softly imitates them, as if asking, “Did I hear that correctly?” Her radio-friendly attempts to put Vivaldi, Beethoven, and pretty much everyone else into a coma haven't been overlooked. I’m positive that somewhere a focus group once tried to determine what causes listeners to stream entire albums of classical music. The answer is “not turning the album off right away, because it’s too unpleasant.” In the world of classical Muzak, if you stick around for 12 seconds, you’ll probably keep going for two hours. That’s why nobody can top Janine Jansen, the first person ever to become a superstar by polishing the shrillness out of everything.

But sometimes the shrillness of something is its greatest sign of life. The most vital performer I’ve encountered recently, Sueye Park, made her debut playing Paganini. She’s an eloquent violinist. There’s nothing ragged about her, nor any recording where she comes gunning for your ears the way Solti does. That’s why Paganini is such an odd starting point. If Park was just using Paganini as an alibi, to distract us from her own problems achieving certain tones, then he’d be a more predictable choice. (That’s precisely why Julia Fischer recorded the same 24 Caprices, for instance: in order to be praised for everything she does wrong.) But he’s antithetical to her. Paganini isn’t anywhere close to the real object of her music; he’s too acid, cynical, and complacently formal. But he’s also surprisingly tender, in fits and starts. That’s clearly what she likes most about him: the ways Paganini is better than he, himself, imagines. Her choice is also a careless one. There's something radiant in the imprint of a whim, if the decider is like Park—a new face who still has everything to lose.

Classical music struggles to be significant. Its hall of fame teems with overrated charlatans like Georg Solti. I can’t think of anyone else, besides Ronald Reagan, who is so misremembered. In the present, moreover, classical is a game for giants only—for mega-brands, like the Emersons, with their clever trick of paying arrogant homage to everyone. Maybe Janine Jansen’s fans believe, like the famous lyric says, that “the future belongs to us.” But I demur. Classical music has become a dead language, a rote exercise—something that’s designed to be ignored. All the more reason to think Ralph Waldo Emerson was right: “the landscape belongs to the person who looks at it.” A few, rare interpreters like Sueye Park look at the music like an invitation. We stand beside her, deep into an unfamiliar past, lingering over Paganini for no reason except a sudden, almost staggering awareness of beauty.