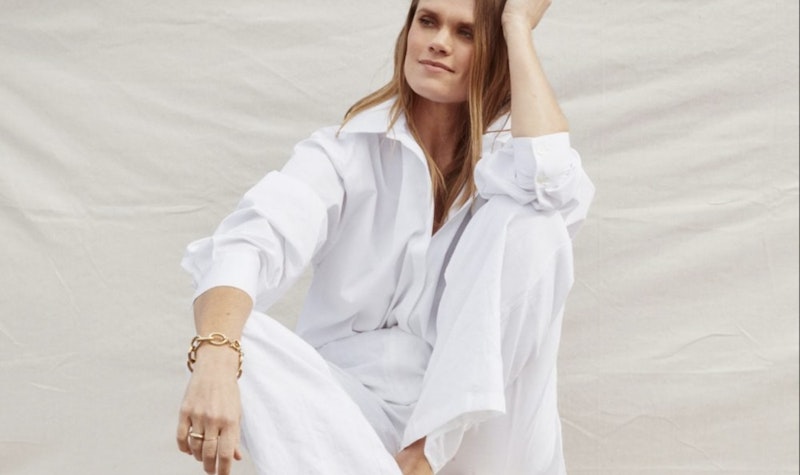 Nicolle Galyon, for more than 10, has been one of the top songwriters in Nashville, with a ridiculous roster of artists and hits: she's written songs for the Queen Miranda Lambert, Kenny Chesney, Florida-Georgia Line, elegant beefcake Thomas Rhett, trash cupcake RaeLynn, Luke Bryan, Kelsea Ballerini, fancy-like Walker Hayes, Dierks Bentley, etc. For real, it's amazing, and switching on the radio in the late-2010s you might’ve heard three Galyon songs in the first five. If so, they'd be better than most: more rooted in the tradition and, quietly, better-written.

But Firstborn (Galyon has courageously set her face against capital letters) is her first LP. It's a little surprising, but it happens, and sometimes the best writers (even Lucinda Williams, let's say) might not have the most commercial voices. On the other hand, if someone is writing a third of the country chart, I figure she can sing and play either the piano or the guitar with great competence. She's probably made demos for decades. Now I'm wondering why we haven't heard her beautiful voice before, singing her own songs.

It's a quiet, unflashy, unassuming album, but beautiful and sincere. And Galyon shows exactly why everyone wants to buy her songs, with lyrics like this, from "self-care."

I could sleep all 8 hours
Like they say that I should
Read all the books
On how to feel good
I could sit on the floor, close my eyes, meditate
On all of the ways that they say to be great
I could sell all my stuff
Namaste in the wild
Find me a shrink to find my inner child
I could burn all the baggage
From how I was raised
As if how I turned out is not ok

The meaning-reversal to which the phrase "self-care" is subjected here is characteristic Galyon. Listen to her flip over boy crazy for example. It's topical. It's now. It's about the internet. It's funny. These are things that Galyon does extremely well. One sneaky future classic goes like this:

I ain't an alcoholic, but I got tendencies.

I like a heavy pour
But how many more one mores
Do I get before it catches up to me
Yeah, I got tendencies

I ain't vicious, I ain't OCD, but I got tendencies.

I could blame my family but I guess it's too late now.

I hope I'm not handing down these tendencies.

It's "Family Tradition," amusingly yet devastatingly updated. And, overall, what a beautifully crafted and listenable album firstborn is. One begins to see where some of Miranda and RaeLynn's kickassedness originate.

It's been a struggle, I gather, and the last decade—the period known as "bro country"—would’ve been a particularly difficult time for a traditionally-oriented female singer to break through. Kelly works as a speech pathologist between playing county fairs or road houses near San Antonio. That's alright for everyone, but she ought to be a singing star instead, addressing the speech pathologies of us all.

What's Gonna Happen is a fine suite of songs hitting every traditional country mood, from country feminism a la Galyon ("I Remember That Woman"), to drinking sinking partying loving and leaving songs, as in "No Thanks, I Just Had One" (a drink, and a man of the sort offering it). "She rolls up to the Continental Club with a Farah Fawcett smile," Kelly sings on "Blue Jean Country Queen," just in case you're wondering whether she's been to Austin. "The girls are all glaring, the boys are all staring, the nineteen seventies call."

I'm not sure how much this counts anymore, but it should: Kimberly Kelly is a great pure country singer. She's got that perfect timing, far or just behind the beat, that wrings my heart out every time. In that respect, she's so much more country than a lot of the people that Galyon writes for (Kelsea Ballerini, for example). Maybe Kelly and Galyon ought to get together.

While we're at it, let's also mention the debut EP by Megan Moroney, the intriguingly yet puzzlingly-titled Pistol Made of Roses. I think she's describing herself with that phrase and the pistol made of roses is, at turns out, also heartbroken in a hair salon ("the last place I thought you'd ever get to me").