From Sleaford to the world. 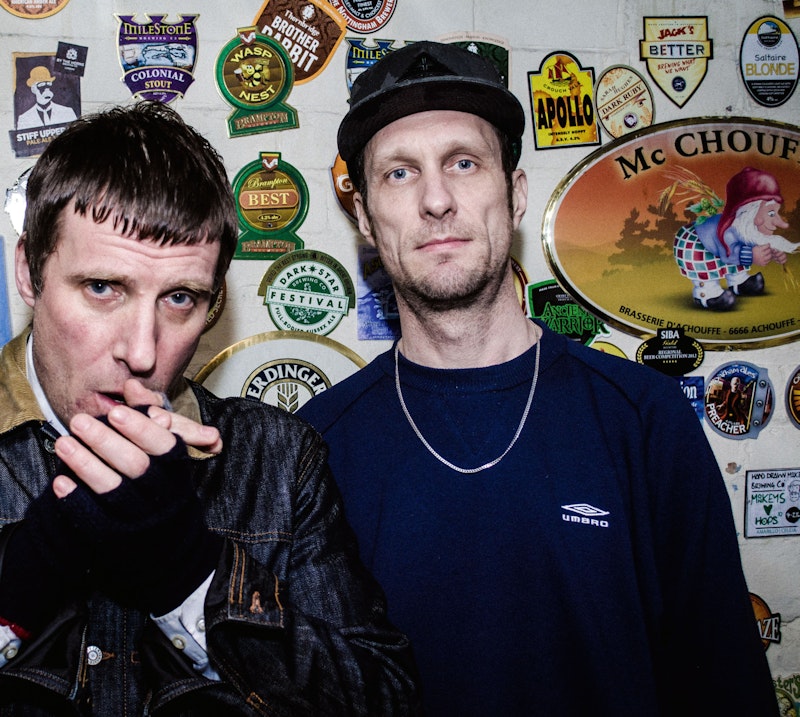 Britain produces very little of value anymore. The factories, shipyards, coal fields and steel mills are all closed now, covered over with car parks and supermarkets. What little industry remains is foreign-owned. What’s left? An aging population served by an increasingly resentful youth in the gig economy. There’s not much to be proud of. Whiskey, comedy and youth cults, a few actors, some bands: that’s about it.

One of the interesting aspects of British culture is how it has managed to spread itself throughout the world. Most international sports began in these Isles, even if we no longer have any success in them. Our youth cults, too, have found a wide audience. Japanese rockers, Russian skinheads, Italian goths and American punks have all adopted styles and attitudes born in the United Kingdom.

One of those cults is Mod. Strictly speaking, this was a case of international cross-fertilization. Mods defined themselves in opposition to rockers, who styled themselves on American bikers. Whereas rockers typically wore oil-stained denim, studded leather jackets and greased back hair, the mods wore clean-cut Italian suits and let their hair grow; and while rockers’ lives orbited around their motorbikes, mods went for Italian scooters instead.

The 1960s saw battles on the streets of our seaside towns during bank holiday riots: an early self-assertion of British working-class youth. Mod bands included the Who, the Small Faces, the Rolling Stones and the Yardbirds. All of this had become subsumed into hippie culture by the mid-1960s, but mod style was revived later: first by the Jam during the punk era, then by the release of the film Quadrophenia in 1979, based on the rock opera by the Who. Since then, aside from the ongoing popularity of Paul Weller, mod culture seemed mainly to have disappeared.

Until the Sleaford Mods.

Everything about this band is a contradiction. Mod was typically urban. Sleaford is a market town in rural Lincolnshire. The band doesn’t even come from Sleaford. Jason Williamson, the vocalist and lyricist, is from Grantham, where Margaret Thatcher was born. Andrew Fearn, who has composed the music since 2012, is from Burton-on-Trent but grew up on a farm in Saxilby. The band was formed in Nottingham. They don’t look like mods: more like a couple of unemployed middle-aged slackers, up too late to get to the dole office on time.

The music is pared back and functional, centered around computer-generated basslines and no-nonsense, repetitive drum riffs, while the lyrics are dense and idiomatic, delivered in a heavy East Midlands accent, curt, aggressive and full of angry expletives. Williamson doesn’t sing, he rages. He rants. He hammers the words into you with pneumatic intensity. The references are mainly to English working-class life in austerity Britain. Listening to them, even as a native Brit accustomed to the accent, it’s hard to make out what the songs are about.

Imagine my surprise, then, to see a YouTube video of them at a concert in Belgium, with the crowd going wild. The Sleaford Mods are big in Europe it seems... and the United States.

What would you make of lyrics such as these?

This is the four second warning and its gunna scab all your lot
It's gunna drag you down to Key Markets
And shoot you all in the car park. Key Markets where’s the key?
It's calling me courtesy counter and bleak me
Green coat and aisles of nothing I got the sack
I thought "fuck me didn’t do nothing obviously"
Fire engine stations bluffing….

Key Markets is the name of a supermarket that used to exist in Britain before it was subsumed into Somerfield. There was one in the Grantham town center when Williamson was growing up. A scab is someone who crosses a picket line. Even with these pointers, it’s hard to make out what the lyrics mean. It seems to be about Williamson’s dismissal from his job in the supermarket before he started making his living in the pop music trade.

That’s assuming anyone actually hears the lyrics, delivered as they are with Williamson’s trademark frantic, tic-riddled intensity, like someone with Tourette’s syndrome cranked up on amphetamines.

“Bollocks” can be used in a variety of ways. “Load of bollocks” is bad. “The dog’s bollocks” is good. In 1977 there was a court case about the use of the word on the cover of the Sex Pistols’ album Never Mind the Bollocks, Here’s the Sex Pistols. The court ruled it wasn’t obscene. It just means "put aside all of that other rubbish and pay attention to this," the defense barrister said in his summary. Nevertheless, it’s hard to make sense of what Williamson is saying here and how this connects to his sacking from Key Markets.

It’s about an attitude. The attitude translates even when the lyrics don’t. The Sleaford Mods are angry. The music is angry. Even when it has humor, which it often does, it’s angry. This is music to reflect the post-industrial world from which they emerged.

The curses are the language of the streets. It’s how people talk. It’s how Williamson talks. In future years people will study this, not in the way they study Shakespeare, in order to seek the eternal verities, but as a reflection of its age: the age when it appeared as if the world was coming to an end, when the oligarchs were sucking the planet of its wealth while the population stagnated, doing insecure, underpaid jobs on zero-hours contracts, servicing an aging population. It’s music for the service economy. Music for serfs. Music for a generation without a future, bleak and undefined.

It doesn’t care whether you understand it or not. It hardly even understands itself. And you don’t have to understand it to get it. It’s all in Williamson's voice and delivery. Curt and cut up like a Burroughs text, rhythmically compelling, the voice carries you with it. This is music for broken-down public services and privatized amenities, for boarded-up shops and city centers dying in their own lassitude, for tired graffiti on faded walls, for working class resentment in a world that’s gone awry.

One of their songs is called "Bang Someone Out."

Later the song resolves itself:

Isn’t this the story of everyone’s life in this deteriorating age: the plague of disconnected wealth that infects us all? The meaningless jobs, without value or purpose, which anyone can do and no one wants to. The sense of pointlessness and loss. Williamson specifies the United Kingdom, but this is a plague that infects the world. From Detroit to Derby, from Rotterdam to Rotherham, our world is being destroyed before our eyes, while our identities are stolen and sold back to us as disposable goods in the cut-price supermarket of 21st-century life.

It’s no wonder the Sleaford Mods have gained an audience throughout the world.