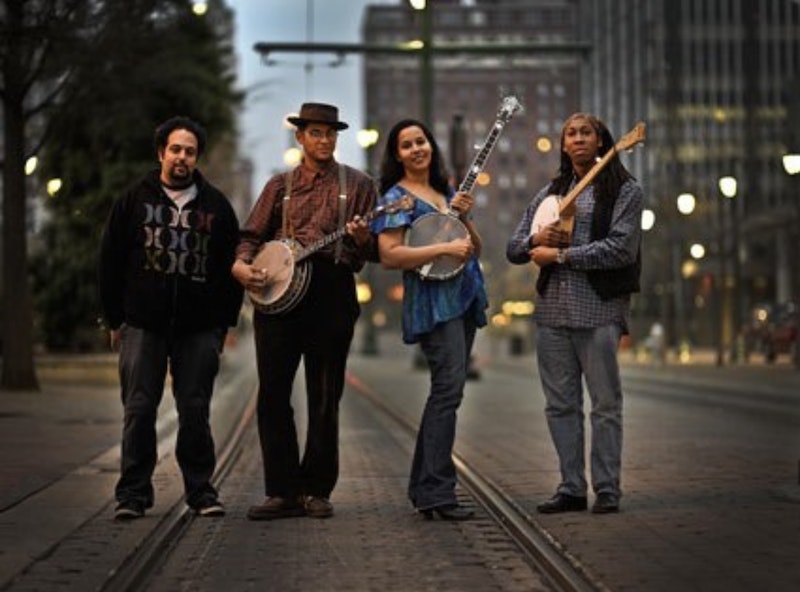 In the early-1970s I was a blues fanatic growing up in DC, a record collector and harmonica player who measured the quality of any music as inversely proportional to its distance from the blues. By that time in the majority-black city, the audience for the blues seemed almost all-white. Muddy Waters at the Bayou, or Buddy Guy and Junior Wells at McKeldin auditorium at Georgetown U: I wondered where the black people were, and I have a feeling that Muddy and Junior might’ve been wondering that too. The DMV supported a vital blues scene, featuring white-boy bands like Nighthawks; there was a rising generation of harp and guitar players. But the music had undergone race-change surgery by then.

That's a simplistic picture. As I learned later, seeing Big Twist and the Mellow Fellows in Chicago, or Clarence Carter and Bobby Bland in Birmingham, for example, there was definitely a black audience for the blues, particularly for what was known as the soul-blues. But still I was a bit peeved at black people. Okay, y'all came up on one of the greatest achievements in world arts, a structure of amazing power that drove world music for decades, that laid the groundwork for jazz, country, rock, and even reggae. But now you seem almost ashamed of it?

I got some explanations for this development from various people, including older black musicians that I jammed or busked with: black folks were making history, not archiving it, which could safely be left to white college students. Black music was moving fast in the 1970s, rolling from soul to disco to funk to hip-hop. The blues sounded really old. And, despite the powerful personae of the great artists and their astonishing accomplishments, the blues might’ve sounded like subservience to black kids in that era: a throwback to the Jim Crow era, for one thing.

American roots music—blues, country, gospel, even soul—came from a period of racial oppression and segregation. Hank Williams and Muddy Waters emerged from roughly the same region at roughly the same time, and they both played the blues, but to different audiences. The racial transactions were complex, but they also presented all sorts of dimensions for intense self-expression (even autobiography) and possibilities of resistance. And those possibilities have been sitting there this whole time, largely unexplored.

I wouldn’t have predicted a revival of roots music, or "Americana," or "folk"—or however we may label this material—under the auspices of black women. But the finest emerging artists in this vein right now are indeed younger black women. A spearhead had been Rhiannon Giddens, a kind of genius of world folk music (she started out playing Scottish folk music,somehow). Even the image of Giddens holding her banjo had a certain complex and transgressive quality in the 2010s: the instrument is of African origin, associated later with minstrel shows (if also with Dixieland jazz) and bluegrass music. Giddens was a kind of anti-Beyoncé: plainly-dressed and relatively unmade-up, playing traditional American music, but also changing it, or continuing various traditions (the string band, for example) as though they'd never stopped.

Giddens' group the Carolina Chocolate Drops were critical darlings, for very good reasons, and in 2019 she gathered with Amythyst Kiah, Allison Russell, and Leyla McCalla for the album Songs of Our Native Daughters. In particular, I'd never heard Kiah or Russell, who've both issued excellent albums over the last month, before. You might call Russell's Outside Childcountry and Kiah's Wary + Strange blues, but they're eclectic roots albums, and they both show that various traditional styles still have history left to unfold, or still have expressive capacities that are unexplored.

Pointedly, both albums have elements of memoir. Russell's in several songs explores the sexual abuse she underwent at the hands of her step-father ("father used me like a wife"), and a period of homelessness as she grew up in Montreal ("slept in the graveyard"). She sings in both English and French. Her beautiful, pure soprano might recall Dolly or Emmylou at times, but the experiences it unfolds are so entirely different, and the melodies so eclectic, yet coherent, that she drives traditional music forward. You've never quite heard a folk song like Joyful Motherfuckers, I warrant.

Russell and Kiah make an interesting pair: Russell is so femmy, but maybe Kiah is gender-queer (I'm not sure how she identifies; her website uses female pronouns). Her voice is a deep and supple instrument, though she can fly into the top end as well. But she recalls powerful gospel singers like Mavis Staples (as Russell perhaps recalls Madame Edna Gallmon Cook). And again the material has great range through traditional styles. How about that bass harmonica on Fancy Drones (Fracture Me)?

Like a lot of the younger artists that you might see at a bluegrass festival, Kiah came through the bluegrass and old-time music program at East Tennessee State. It's not Uncle Pen playing the fiddle on his porch down in the holler, but it is helping keep traditional music alive, and if Kiah is any sign, helping drive it forward.

Kiah unfolds themes of race, gender, trauma, addiction, and mental illness in songs such as "Firewater." The Native Daughters album included a version of Kiah's "Black Myself": it includes lines like "Your precious God ain't gonna bless me, 'cause I'm black myself." On this album, Kiah attacks the lyric in a different way. And I have the feeling that the real, non-precious God is indeed blessing Kiah, perhaps helping her compose and nail even a country song like "Ballad of Lost."

"I hold a banjo and they stare at me, 'cause I'm black myself," Kiah sings. Staring is okay right now, because the sight is still kind of surprising. But listening is a better idea, because Russell and Kiah make you realize that old-time music might just be beginning. Black women evidently have a lot to express, and this is a natural vocabulary, or several natural languages, for expressing it. One way to drive forward is to return, and I expect these records also to change the audience for roots music a bit: different sorts of people can connect to the personal stories andto the gender and racial realities that give them context.