I Know You Don't Want It

Why is contemporary pop music so relentlessly bland? 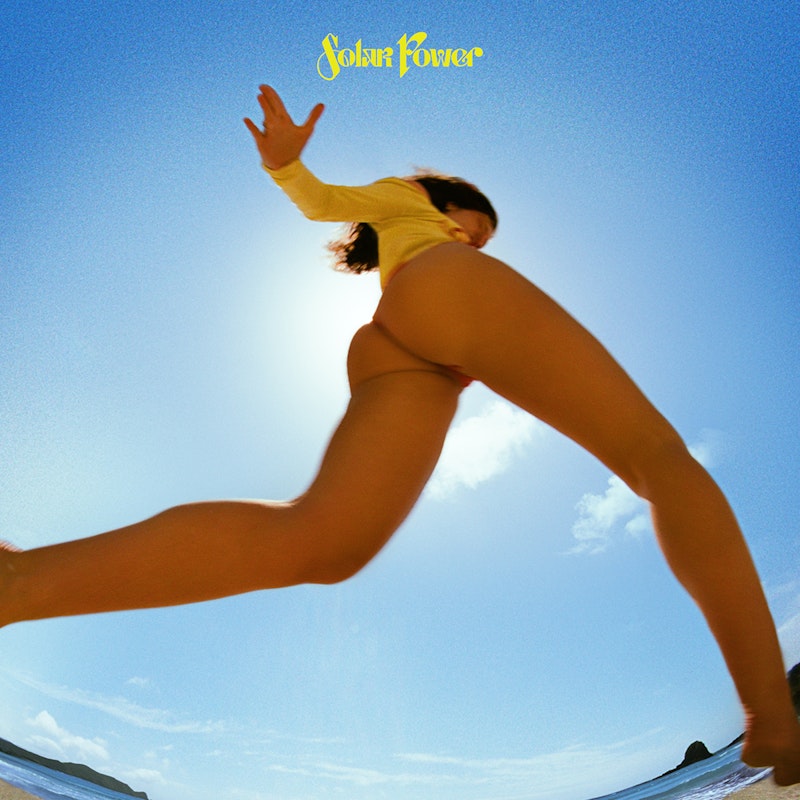 I only realized on Saturday night that this picture, a low angle shot of someone’s pussy blocking the sun, is a Lorde album cover. No, a single: “Solar Power.” Well, the album’s also called Solar Power but this is the single cover. Jack Antonoff produced it, and judging by Twitter last week, people are mad. Judging by a Google search I just did, everyone loves Jack Antonoff. One says the guy writes and produces the same song over and over and over again. Maybe so, I wouldn’t know, because looking over his production resume, I remember nothing. The only two that I have any memory of are “Masseduction” by St. Vincent and “Mariner’s Apartment Complex” by Lana Del Rey, two relatively idiosyncratic versions by artists with one foot in pop world and another out in the fringe (albeit going in opposite directions).

I have nothing to say about Lorde or this song. Her 2013 hit “Royals” has been stuck in my head for the last three hours, but Antonoff didn’t produce that one. Music as a mass cultural pop art form is being suffocated, not by songs with I-vi-IV-V chord progressions, but by the shiny, happy, and profoundly creepy euthanasia feeling most of it has. Every time I walk into a pharmacy or flip through radio stations, I feel like I’m entering a suicide booth. Seventy-five percent of all major pop music in the last 10 years has been full of major chords, chanting, invocations of “we,” and mass suicide. Taylor Swift may sing a lot of songs with one-note melodies, but she’s not to blame—should we “call out” Gregorian monks, as well? I prefer droning, bleating singers like Paul Banks and Billy Corgan, and Swift has about a dozen songs I really like. None produced by Antonoff, however.

Not to pick on him, but his work is particularly egregious when it comes to euthanasia pop. His first big band fun. (stylized that way, and he wisely changed it to Bleachers some years back—I’ll never forget Howard Stern mentioning fun. early in the 2010s and stopping to say, “That’s a terrible name for a group, ‘fun.’ Awful.”) Their song “We Are Young” was a big hit in 2013, but there were a lot of big, great pop songs that year, and I drowned it out. But even then, its relentlessly dull and pounding sound was so at odds with its fatalistic, even suicidal chorus: “Tonight/We are young/So let's set the world on fire/We can burn brighter than the sun.”

Thicke’s loss in that case has had more of an impact on pop music production than any one producer or singer. When the Marvin Gaye estate was able to successfully claim in court that Thicke’s song plagiarized the “essence” of a Gaye song, people got nervous—rightfully so. “Blurred Lines” is likely a net loss for its creators and more of a headache an albatross than a mid-life career boost. “Blurred Lines” is when Robin Thicke’s life started to fall apart!

“I know you want it” belongs to another time, just like the bathetic trauma Olympics practiced by celebrities following the whims of insane teenagers on TikTok. Every album must have a story, and an album cycle is its own album—this is what has replaced music: stories and trivia about how the music was made. How Jack Antonoff and Taylor Swift are like totally freaking best friends. I couldn’t believe what I was reading when I tried to Google anything critical of Antonoff’s production—every single outlet is operating like a company branch, and if they’re not getting payola, they’re too stupid for life. But this is no different than a magazine like Photoplay in the 1920s and 1930s, and “access” will always be privileged over integrity by journalists, whether they’re in politics or entertainment.

If everyone is miserable and the world’s on fire, why does our pop music sound so “happy”? SHIT AIN’T FUNNY! Producers are afraid of writing something that might remind someone of someone else’s song, so they produce the same thing over and over. I will say it’s been a good five years since a song reached drive-by saturation status. I don’t live on a busy street, but it’s not dead either: in the summer of 2016, I heard Rihanna’s “Work” constantly coming from cars outside my window. It was great, I love that song. Same goes for Prince, sadly, only a few months before—a potpourri of purple greatness. Only a year before we had Drake’s “Hotline Bling,” a beautiful, deeply melancholic song, iconic before its widely memed music video was released in the fall of 2015.

And in June 2013, you couldn’t walk anywhere for 10 minutes without Yeezus, Kanye West’s cut-to-the-bone masterpiece, the last truly great album made for and sent out into the mass popular culture world. Walking down the street and hearing the flayed and wildly distorted strains of album opener “On Sight,” flanging as cars passed, felt fucking great. “Inescapable” artists, songs, and albums disappear when formulas are used for too long, and it looks like they’ve all gone bad. I only know who Olivia Rodrigo is by osmosis, but even then it’s just a name, and what about the rest of the world? When will someone become as famous as Britney Spears was in 2000?