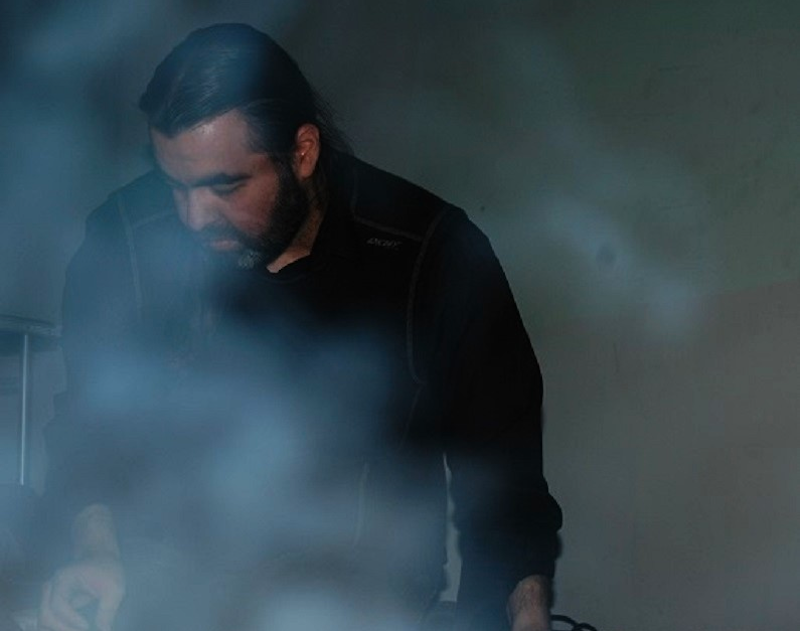 I've just started getting into noise, but as a longtime metal fan it feels familiar. Metal is more grounded in a form of pop song structure, and a notional commitment to riffs. But both genres swap out singing for blood-curdling shrieks and melody for puncturing your eardrums. Metal revels in lowbrow primitive anger and noise embraces highbrow agony, but sadism and masochism end up blurring into one another if you turn the volume up high enough.

Here are three of my favorite noise releases from this year.

Richard Ramirez has created assaultive monstrosities for more than a decade under projects like Werewolf Jerusalem, Black Leather Jesus, and Last Rape. Most of his releases fall broadly under the genre of harsh noise wall, referencing Phil Spector's Wall of Sound. Where Spector multi-tracked girl group harmonies and reverb, though, harsh noise wall performers create giant slabs of unrelenting vibrating feedback. Blackonblack, released in October on cassette, fits the niche genre as expected. There are two 15-minute tracks, each without a tune. Instead, the album is loud, punishing static squeezing your skull in a vice. When there's a brief pause between sides, it's a visceral relief. Ramirez also released an album called The First Dive at about the same time which includes a more varied sound and an intro with porn noises. But while the human touches are sort of amusing, I love Blackonblack's purer nonrepresentational slog.

Ramirez's noise is unrelentingly flat. Pharmakon goes to the other extreme, emitting an agonized, emotional, dynamic shriek. Margaret Chardiet has performed as Pharmakon for 10 years; Contact was released in March, and it's already something of a noise classic. Pharmakon is obsessed with the body—the cover art of the latest album shows a face covered in groping hands that evoked an army of insects—and listeners are supposed to experience Contact as a transcendental escape from the body.

I can’t say it sends me to a place of psychic release. The alternation between silence and feedback alarm assault, interspersed with Chardiet's howls, isn't very meditative. Instead, it's more industrial goth robotic future hellworld. "Transmission" sounds like someone has been trapped in a high security lockdown and is yodeling harshly along with the siren as she’s torn apart by something less organic than wolves. "Somatic" opens with inarticulate scraping, as if metal painfully dragged across metal is trying to speak. Rather than escaping the flesh, the album feels like it's trapped there. It's the lament of a soul stapled to a metal cross with large, evil-looking rivets.

Igorrr's crazed collage style isn't without precedent; he's almost certainly inspired by the great-granddaddies of Japanoise, the Boredoms, and there are parallels with collage metal jokesters like Sleepytime Gorilla Museum as well. The difference is that where the Boredoms are all over the place stylistically, and Gorilla Museum keeps to punk and prog, on Savage Sinusoid French producer Gautier Serre shifts spastically among a strange but limited range of styles.

Most of the album involves death metal screaming, electronic dance beats, opera and (wait for it) polka. There are occasional divergences for chicken noises, but mostly Igorrr combines his selected elements either sequentially or one on top of the other. So the album opener, "Viande," starts with him shouting, shifts into a head-banging death metal trudge, throws in a bar or two of skittery Aphex Twin electronica, and then squishes the two together. Then we're on to track two ("ieuD"), with demi-classical harpsichord and over-the-top opera feuding with explosions of beats and metal throat-tearing. It's a bit like Queen, if Freddie Mercury's brain was eaten by polka weasels. Igorrr can’t be categorized… which means it might as well be noise.