Music to Stroke Your Ego to 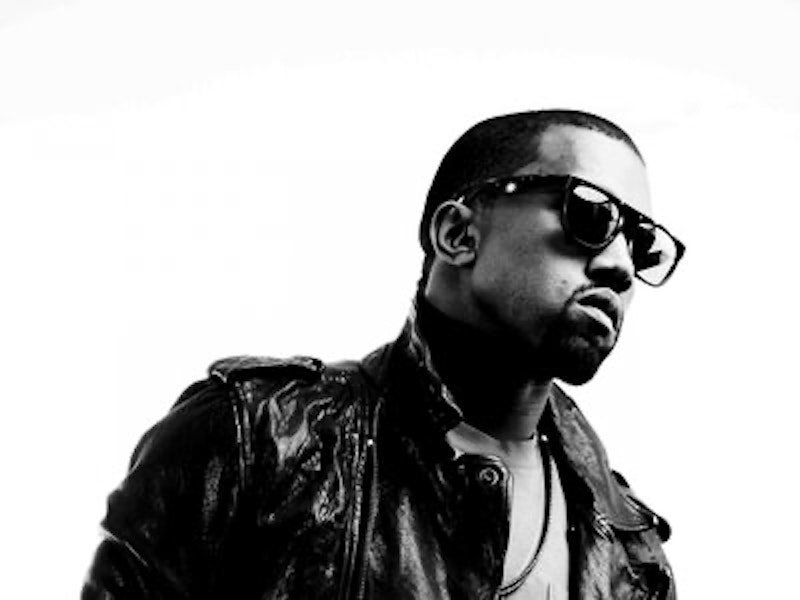 Once upon a time, Kanye West was for the middle-class and the semi-dispossessed; today, Kanye West is for the affluent “creatives” and art designers. (Cf. also New York City generally.) Regardless of what the media would have you believe, peak Kanye is behind us; it’s over, and the man will never matter as much as he once did. So enjoy, but don’t expect future West offerings to have the same effect.

“Good Life” came very close to making this list, the only track from 2007’s Graduation with anything resembling a chance. It occurs to me now that in a lot of ways, “See Me Now” is “Good Life” reincarnated, but minus T-Pain. Which is, really, a booming rap anthem about extreme self-regard and newfound gratuitous wealth and partying with your friends and leading a toast to your dead mom. Nothing here to speak of, but “See Me Now” always cheers me up; it makes me think of The Jeffersons for some reason. This song emerged during the long, protracted lead-up to My Beautiful Dark Twisted Fantasy when West was dropping unfinished tracks every week for free, and because I’d just arrived in Texas at that point and couldn’t find a job, I had time to wander around the Round Rock neighborhood where we lived and listen to these songs on repeat. The kind of life West rapped about seemed as alien to me then as the lives of the gainfully employed, people with nice cars who had places to go every morning while I was stuck walking the dog or calling employment agencies or applying to dozens of places that would never acknowledge me. Life has improved significantly since then, even as West has become less worth paying attention to. One last thing: notice that West is rapping his ass off here, relentlessly. The energy! No contrast this with any of the lame Vic Mensa featuring abominations out this year where you can barely even sense West’s involvement. A lot can change in half a decade.

Wow, 2004 seems like it happened a totally different millennium, right? “Never Let Me Down” plays a bit like party gospel, with Retired Hova talking gold-plated shit and West flashing civil-rights bona-fides while swearing fidelity to the woman he ultimately wouldn’t marry and somehow making terrible puns work. J. Ivy shows up, preaching hard through the corniness to arrive at something somewhat meaningful given rap’s larger context at that moment. This was the sound of a black pop invincibility so intense that the eventual Watch the Throne wouldn’t match, though “Otis” may have come close; the world was theirs, without question. Not a Depeche Mode cover, but wouldn’t that have been interesting?

Depending on the day, “Dark Fantasy” could own this slot in the countdown—either way, West was on fire here, perfectly balancing pro-black righteousness, monied hauteur, and conspiracy theorizing in a way that would elude his grasp soon enough. (Plus, hey, Raekwon!) Look, I know a lot of you love Kendrick Lamar, but he’s not yet operating at this level, and maybe never will; Vince Staples is a better bet, but he’s just getting started and seems less likely to cultivate the kind of deep Rolodex that would make anything resembling a My Dark Beautiful Twisted Fantasy possible. Also—and it always saddens me to realize this—totally different eras, apples and oranges. The world changes so fast now.

Robotized West with ad-libs from Jeezy plus a few verses. I like 808s & Heartbreak as a whole, but this is the cut that always out, a slice of louche, immaculately produced self-belief that still sounds astonishing and weirdly downcast now; the rap equivalent of “Behind Blue Eyes.”

Where the mythos took shape. It’s clumsy and threadbare because he’s rapping through a wired-shut jaw, and needed maybe a few more verses, but the syrupy, sample-assisted production elevates “Through the Wire” to something exciting and redemptive, even now.

Had Rozay’s contribution remained on the cutting-room floor, “Devil in a New Dress” might be higher on the list, but that isn’t our reality. I’m split on how I feel about West’s propensity, after a certain point, to present himself as a douchebag. But “Dress” is one of those rare moments where everything clicks into place and it feels almost magical; I find myself randomly quoting his verses in this song all the time.

This is the West so many fell in love with, and wanted to believe would always thrive: a cock-eyed, chuckling social-justice warrior speaking for those who didn’t have a voice, inviting a children’s chorus along for the ride.

I don’t need to explain what makes “We Major” fantastic; no one does. It always knocks me out, whenever the chorus rolls back around, how West, Nas, and Really Doe convey amazement that, yep, really, they are major.

Jennifer Aniston’s favorite cut from Late Registration was, in retrospect, fair warning enough: the end of the Kanye West listeners had come to know and love. His arrogance would become stratospheric; the milieu would darken. But “Gone” was deployed so goofily—there’s a vaudevillian, Keystone Kops haze hovering overhead—that no one recognized what it truly signified at the time. West leads with soft-pedaled boasts followed by a barely coherent yet still-dope Cam’ron and PG-rated real-talk from Consequence. Then West swoops back in, harder, invoking his come-up, then surpassing it, then checking out of the album many insist is his best. This West? We’d never see him again.