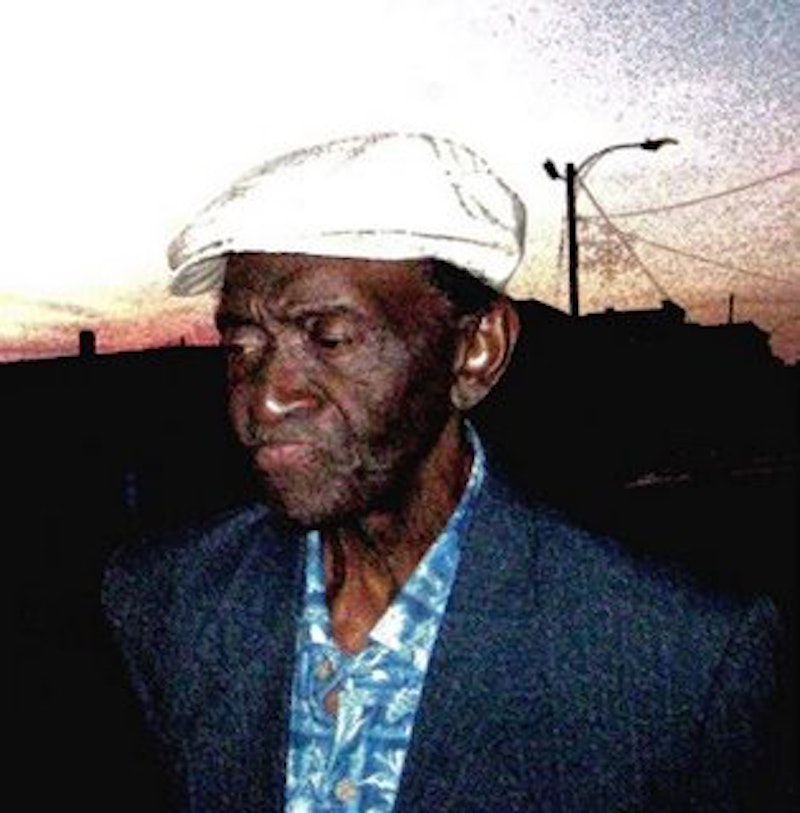 After I sent him my first round of obits, my boss replied, “Man, incredible how many influential R&B and soul guys knocked off this year. I wonder if it's like that every year, or this was just a weird exception.” The same thought had crossed my mind.

The explanation is disappointingly simple: These guys got old. They lived hard, and lasted longer than most of their peers. Here’s another depressing thought: It’ll be even more tragic when the inevitable year rolls around where no R&B or soul or jazz or blues guys die—because they’ll effectively be extinct. Nevertheless, there’s no use lamenting the death of a genre, it’s crass even, when we can celebrate the lives of the actual men that created them.

Writing about a legend like Gil Scott-Heron is extremely daunting: I couldn’t possibly do him justice in 10,000 words, let alone a hundred. You could devote a lifetime to the wisdom he casually tossed off, not to mention the brilliant novels and revolutionary LP’s. He was bold. He was flawed. He hemorrhaged truth and pain and in his own words, was a “bluesologist.” His style was infinitely influential, and his last work, I’m New Here was one last bit of commentary on a world not entirely prepared for his genius.

If you listen to Shot tell it, he was just in the right place at the right time—a humble spin on a remarkable life. Like so many in his generation, he came from Mississippi to Chicago right as the blues were igniting the South Side. He recorded for the legendary Federal label, amongst others, before embracing his soulful side and teaming up with Syl Johnson for his biggest hit, “I Like Your Style,” and a host of other funky cuts on the Shama label. He kept on recording and playing well into his 70s. If he had any regrets, it was for us. “When we're talking about the blues in the 50s and the 60s, all radio stations were playing r&b, now they're not. Main stations are playing hip hop and rock, so that's what the people got to listen to."

This Houston, Texas guitarist was the axe man who defined the soul jazz sound. His pedigree is unmatched: Starting as a teen with the Little Richard’s Upsetters, Sparks also backed Marvin Gaye, Curtis Mayfield and Jackie Wilson before becoming a session man for jazz labels Blue Note and Prestige. He’d become an in-demand sideman, but not without also cutting sought after LP’s as a leader for Prestige and Westbound, cementing his status as a versatile hit maker.

Cornell Dupree's guitar graced a reported 2500 sessions, and its not hard to hear why he was so in demand.  As the guitarist in Atlantic's session band, he played on countless soul classics, including the iconic opening riff of "Respect." The video above features a few signature licks from Dupree's time with King Curtis - who he grew up with in Fort Worth, Texas. Other notable collaborators include Donny Hathaway, Paul Simon and Miles Davis. Not too shabby! Cornell Dupree lamented that "not too many people read the back of albums," but those that do know that Dupree's name is pretty much a guarantee that the music containted within will be sure shot soul, full stop.

Along with his brother Larry, Alphonso Mizell was best known as a member of The Corporation, the Motown production team responsible for the Jackson Five’s legendary run of early hits—including the seminal “I Want You Back.” When Motown moved to L.A., the Mizell Brothers teamed up with Howard classmate Donald Byrd for his Black Byrd LP on Blue Note, and a subsequent run of stellar titles. Often credited as the architects of jazz fusion, the Mizell Brothers were so much more—chart topping hit makers who never stopped searching for the next hot sound.

Nick Ashford was also best known as one half of a powerful hit making duo—working alongside his wife, Valerie Simpson, for artists from Ray Charles and Marvin Gaye to Chaka Khan and Teddy Pendergrass and enjoying a successful career as performers throughout the 60s and 70s. Some of the titles are all time classics: “Ain’t No Mountain High Enough,” “You’re All I Need to Get By,” “Let’s Go Get Stoned,” “California Soul,” and my favorite, “I’ll Find You.” Any one of those would’ve highlighted a good career, all of them don’t even make a dent in his discography.

Odell Brown is one of those guys you’ve undoubtedly heard, even if you’ve never heard his name. The Kentucky native was a Hammond wizard, leading the Organ-Izers in Nashville before moving to Chicago and working closely with Cadet, the Soul/Jazz offshoot of Chess Records. His Mellow Yellow LP was a minor hit, he played on Dorothy Ashby’s Dorothy’s Harp (a personal favorite) and he’d later co-write Marvin Gaye’s “Sexual Healing,” while a member of Gaye’s band amongst countless other sessions and collaborations.

Ray Bryant was an excellent trumpeter in his own right, but like so many of these artists, the people he worked with speak to his talent better than words ever could: From Aretha Franklin to Miles Davis, from Carmen McCrae to Sonny Rollins. Though he got his start as in hard bop, Bryant found most of his solo success with soul jazz, most notably his work for the Cadet label in the late 60s, including the heavily sampled Up Above The Rock. Like a lot of these guys, his love for music kept him active up until his passing, leaving behind a legacy etched in the grooves of countless record collections.

You gotta love Sir Lattimore Brown’s website. The banner at the top declares, “I’m Not Through” as a dandy Brown tips his cap. At the bottom it boldly says, “He was singing R&B before you were born.” Success was elusive for the unlucky Brown—he recorded 17 singles scattered over seven labels between 1960 and 1975, but none broke. He started a club in Dallas bankrolled by none other than Jack Ruby, which ended, predictably, in shambles. He signed with Otis Redding shortly before the singer’s tragic death and was eventually eclipsed by another Lattimore, Benny, whose connections with the Southern mafia essentially led to Brown’s early retirement. What he never gave up on was the talent and the swagger that defined his personality. He may have been unfortunate, but we were fortunate to have him.