The past year saw the passing of a number of blues and R&B legends. 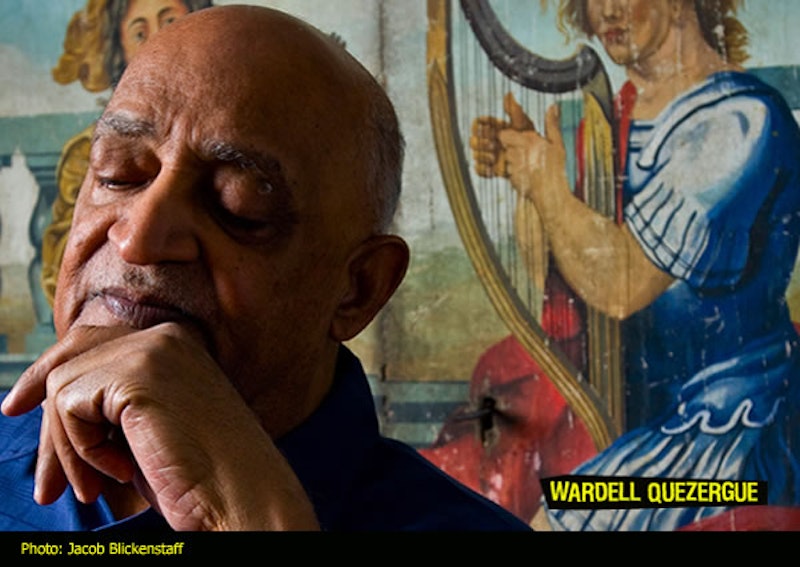 One of the ultimate goals of an artist, whether it’s stated explicitly or not, is to craft an immortal legacy before being shuttled off to eternity. Few artists find success in their lifetime, many toil in obscurity and many more only get the recognition they deserve after they pass away.

Here’s part one in a rundown of musicians we lost in 2011: this list is far from comprehensive and includes many artists I wasn’t familiar with until I learned of their demise. All deserve equal tribute for their contributions, with those cut short in their prime especially tragic.

Benny Spellman was an indispensable star amidst a galaxy of New Orleans R&B legends. Most known for his 1962 hit “Lipstick Traces (On a Cigarette),” produced by Allen Toussaint, Spellman also worked with Ernie K. Doe, Wilson Pickett and The Neville Brothers. The above cut, “Fortune Teller,” (the b-side of “Lipstick Traces”) was covered by the Rolling Stones, but Spellman’s version remains unparalleled for it’s lilting beauty.


Listing every record this New Orleans writer, producer, arranger and bandleader had a hand in is impossible. His biggest hit was probably Jean Knight’s “Mr. Big Stuff,” the number one selling single in Stax’s storied history. He also wrote and played on King Floyd’s “Groove Me,” propelling him from a regional success to one of the most in demand producers in the 1970s, working with everyone from Paul Simon, The Temptations and Willie Nelson to BB King, The Spinners and Dr. John. I chose the more obscure Willie Tee cut, “Dedicated to You,” because, goddamn, just listen to the way those horns pluck at the strings of your heart.


It’s impossible to say whether Jerry Ragavoy brought out the best in Howard Tate, or if Howard Tate brought out the best in Jerry Ragavoy—but the point is moot, their careers are deeply entwined and we’re all winners for it. Tate had the voice, the Philadelphia (via Macon, GA) singer could make any song his own, and Ragavoy (who most famously wrote “Time is on My Side”) had the material that nearly made Tate a star. The above cut was their biggest hit together, and after a 30-year hiatus the pair reunited in 2003 to record Howard Tate Rediscovered, featuring another version of “Get It While You Can”—a fitting final chapter for a pair of soul legends.

Dickey was half of James & Bobby Purify (there was another Bobby after 1971), and will forever be remembered for “I’m Your Puppet,” their platinum 1966 hit, despite not particularly caring for the song. "I hated it. It was originally intended to be the B-side. But things got changed... I sang it for 23 hours straight (in the studio), that's why I hate it. And the last one, the last take was the one they decided to go with." Well Bobby, that does sound pretty grueling, but I have to say… it was definitely worth it.

Jerry Lieber was the lyricist and Mike Stoller was the composer. You may have heard of a few of their songs: “Hound Dog,” “Kansas City,” “Jailhouse Rock,” “Stand By Me,” and “On Broadway,” to name just a few. The prolific duo had a profound impact on early Rock & Roll, R&B and everything that came after. Lieber had an uncanny ability to fuse pop lyrics with R&B, creating songs that burrow into your brain and never leave. Just one of the aforementioned songs would be would be enough to carve his name into the annals of rock music history, and cumulatively, they form the foundation.

At the behest of Jerry Lieber and Mike Stoller, Carl Gardner joined forces with Bobby Nunn in 1955 to found The Coasters out of the ashes of his first group, The Robins. The result was a run of hits over the following decades, including the durable “Yakety Yak” (featuring King Curtis on saxophone) and ”Searchin’,” featured above—one of the covers The Beatles featured in their first audition for a record deal.


Known as “The Crazy Cajun,” Huey P. Meaux was born in Wright, Louisiana but spent the bulk of his career recording and producing in Houston, Texas at his SugarHill Recording Studios. His talent was versatile, with credits spanning Barbara Lynn’s gritty R&B to the Sir Douglas Quintet’s soulful rock. He had a gift for discovering talent, but a conviction for sex crimes and the 15-year prison sentence that followed tarnished his reputation in every sense but the musical one.

I became familiar with Jimmy Norman through his hilarious, and totally badass hit single “I Don’t Love You No More (I Don’t Care),” but didn’t realize he was the one who wrote the additional lyrics to Jerry Ragavoy’s “Time Is On My Side.” There’s more too—Norman recorded with Jimi Hendrix and Bob Marley, though both sessions never saw official commercial release, and in 1969, replaced Vernon Harrell in The Coasters. During his time with The Coasters Norman also joined forces with Eddie Palmieri as the lead singer for the 1971 self-titled Harlem River Drive LP. From Jazz to R&B to rock to reggae to doo-wop, Latin Soul and back again, a true musical Zelig.

It’s hard to imagine Chicago blues (and by extension rock music) being the same without Hubert Sumlin’s singular guitar work. Born in Mississippi and raised in Arkansas, Sumlin caught his big break when Howlin’ Wolf summoned him to Chicago to join his group in 1955. They played together for the duration of Wolf’s career (except for a brief stint with Muddy Waters in 1956), and after Wolf’s passing in 1976 Sumlin continued his career, winning a handful of Grammys, including one for his 2000 collaboration with Pinetop Perkins, Legends. Sumlin was so revered by fellow musicians that Mick Jagger and Keith Richards covered his funeral costs—the least they could do for a man whose influence was priceless.

Pinetop Perkins was a Mississippi bluesman with a jaw-dropping resume. Perkins started off as a guitarist, but injured his arm in fight with a choir girl, forcing him to switch to piano. The setback turned into a blessing, as Perkins subsequently caught on with Earl Hooker, stopping by Sun Studio to record the tune that gave him his name: “Pinetop’s Boogie Woogie.” After semi-retiring, Perkins was called back into action by Hooker in 1968, then replaced Otis Spann in Muddy Waters’ group the following year. Even as blues music’s popularity waned, Perkins never wavered from his unique style. Truly one of the last great Mississippi Delta bluesmen (along with David “Honeyboy” Edwards, Perkins was one of only two musicians to have a personal relationship with Robert Johnson), Perkins also has the unique distinction of being the oldest Grammy winner ever, garnering the award at age 97 for his collaboration with Willie “Big Eyes” Smith, Joined at The Hip. At the time of his death, he still had 20 gigs lined up.