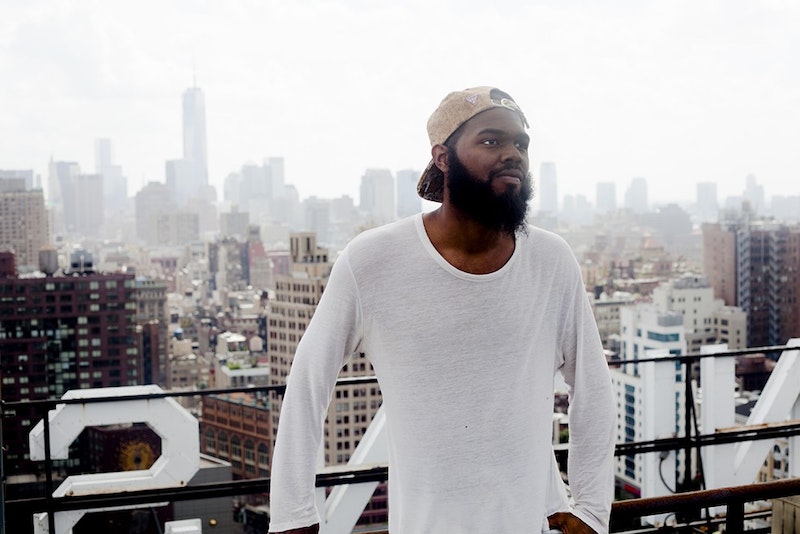 There are few places in pop as fast moving as the universe of hip-hop mixtapes. The sheer quantity of music available, released for free, is daunting. Mixtapes give rappers (even the ones that already have deals, if they’re so inclined) chances to experiment before or between major-label-approved projects. Rome Fortune, from Atlanta, recently put out the Beautiful Pimp II mixtape, a follow-up to last year’s Beautiful Pimp and a testament to the experimental possibilities of the medium. It’s probably one of the shortest mixtapes you’ll find this year, and, unlike its predecessor, remarkably upbeat in outlook.

Fortune’s 2013 tape had sticky, driving hooks chanted over and over: “get the guap,” or “I see nothing wrong with me/I think you need more of me.” Fortune layered his rapping and slathered the drums on thick. If something on Beautiful Pimp hinted at what was to come next, it might be “Ice Cream Man,” with its long, noodling opening and gentle sense of melody. For Beautiful Pimp II, Fortune largely relies on just one vocal line, and bathes all his songs in a soft glow. Like its prequel, it’s almost all Fortune, with no guest rappers credited. He’s a conversational rapper who rarely sounds forced or dramatic, but he’s never sounded more low-key than he does here. Occasionally a female voice appears on a hook, which can be startling. The tape contains just 11 short songs, which is unusual for mixtapes—they tend to be long—but also for any album made in the last 25 years.

The instrumentals match his tone: everything is sweet, self-affirming, and warm. Song titles like “Patience,” “Tropical,” and “Golden Shine” give this away, but it still comes as a surprise relative to his last release. Fortune spins everything positively, as if he has embraced an entirely new philosophy of life in between albums. On the opener, he raps, “I said you bad for me/so bad for me,” but it’s cool, because “that’s good for me.” “Golden Shine” models letting it all go: “I took a loss, man, but it’s ok.” “Took a wrong turn, but you made it right, when I saw you in the hallway.” The song deflates easily like a balloon with the air let out. No hard feelings.

Friendly self-encouragement oozes all over Beautiful Pimp II. On “Patience,” Fortune’s full of reassurance for a lover—“I know a lot of things don’t make sense/but girl you gotta have some patience”—and pep talks for himself: “I’m so close to all my goals, I really gotta concentrate.”  “It’s me alone, standing there, unfulfilled, I don’t care,” he raps on “OneDay,” over lullaby-like keyboard tones. “One day, you gonna really feel my influence.” It’s a marked change from Beautiful Pimp lines like, “she’s a dancer, but baby pull your pants up.”

Fortune isn’t monochromatic though: some beats are strange to the point where they barely hold together. “Secretly” pulls in a disorienting, heavy 1980s synth-bass and an off-kilter drum pattern. Fortune raps his way through this tricky landscape, still sounding like he’s wandering alone around his house while practicing self-help speeches. “It’s 2014, and everything is in my reach… I’m cruising, living life, giving it what I got/ going super hard, I think I’ve got a shot!”

He addresses the traps of success—“you doin’ bigger better, they hate you secretly”—which is a common trope in rap, but few rappers have explored this in such a relentlessly cheerful fashion. Vibraphones even get involved. “I Was On One, I Can’t Lie” takes odd twists of its own, mixing a distorted clump of beats, chopped up vocals, wild synthesizer, and ending with… another solo on vibes.

In the song “So,” Fortune inserts a monologue. “There’s always going to be people who see success as a threat to their existence, don’t reciprocate that energy.” This translates to the hook: “I’m doing what I want, so fuck them.” It’s hard to argue with that. It’s also hard to imagine that he could put together this collection of songs in a format other than the lower-stakes environment of mixtapes, where young rappers can figure out what works and play with persona and voice.