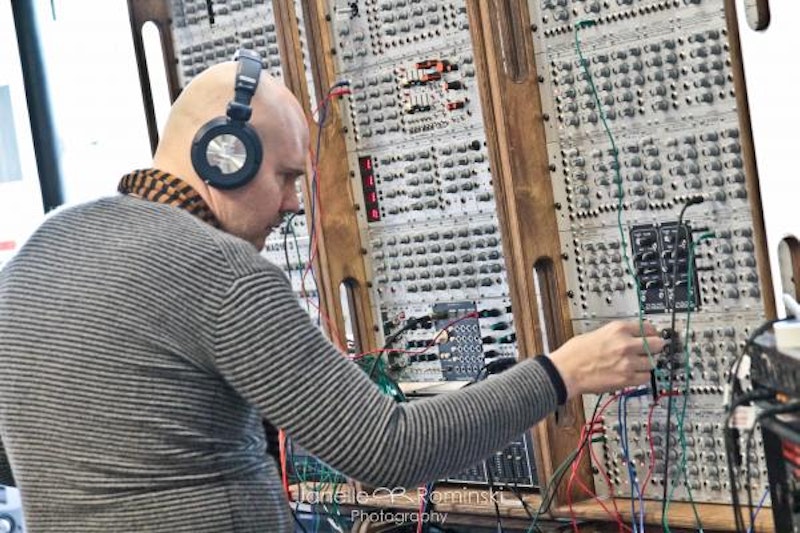 Watching Billy Corgan barely try to make something resembling music for nine hours has messed up my head. Listless, with my wisdom teeth flaring up, and compromised by OTC medication, Corgan’s momentum-less “journey” felt perfectly in sync with my own fritzy non-start state of mind. Tossing and turning, clueless as Corgan, I can’t imagine what it was like for the super fans, the pilgrims, who drove hours to sit through something so abrasively naïve, careless and insane. The idea is fine: nine-hour ambient improvised performance based on Hermann Hesse’s Siddhartha using modular synthesizers built in the 1940s. If Daniel Lopatin, who brilliantly live-tweeted the performance for the duration did something like this, no one would blink, for good reason: it would be masterful, or at least halfway competent.

This was 100k worth of gear that had been sitting in Corgan’s closet for nearly a decade, unused since his 2005 solo LP TheFutureEmbrace (“which no one bought”), and wow did it show. I’m not opposed to the idea itself and this Chicago Tribune article is silly and condescending, bizarre anti-intellectual, calling out Corgan for presuming anyone would be interested in a performance piece based on Siddhartha. The conceit isn’t any more pretentious than William Basinski’s Disintegration Loops, or Lopatin’s 2011 record Replica, assembled mainly from samples from TV and commercials.

Pitchfork’s Lindsay Zoladz wrote that the performance might be “the most Billy Corgan thing Billy Corgan has ever done,” and she’s right. This was the nexus of Corgan’s outsized ambition and inability to follow through, even meet you halfway, what has defined his career since the turn of the century. His lowest moments (TheFutureEmbrace, Teargarden by Kaleidyscope) are so bad and oblivious that they go past self-parody into careless antagonism aimed at his fans. He cuts corners. Did Corgan really think it “went well”? It was a nine-hour soundcheck, another embarrassing stunt that happened to get well publicized and seen by people who tuned out Billy a long time ago, which explains the shock at his gut, his too-small shirt, and desperate need of a belt.

I don’t know much about modular synthesis and neither does Corgan. He struggled the entire time to patch together something resembling a musical phrase, summoning exactly three sick vibes (the best one came about six hours in, a simple six-note phrase Lopatin described: “i like this melody. first phrase is like question second part, fucking ANSWER”). I’d pay to see Lopatin, Matmos, Keith Fullerton Whitman, Jonny Greenwood, Twig Harper, Dan Deacon, C. Spencer Yeh, Rjyan Kidwell or Peter Blasser do this for nine hours, even longer, because it’s their realm. Corgan could’ve made something amazing if he improved on an instrument he knew how to operate—I’m not even talking endlessly shredding to Hesse. I mean, he wrote “Mellon Collie and the Infinite Sadness,” the song, a beautifully simple and sad piano composition. One of many amazing compositions in his catalogue. He comes off as an asshole by futzing with equipment he had no idea how to use. He didn’t prepare. Maybe that’s the point—Siddhartha’s journey = Corgan’s never-ending journey to make a multi-tonal sound or phrase that doesn’t sound like the Emergency Broadcast Alert.

At the end, Corgan announced, “We’ll probably be doing this every couple months.” He’s in contact with the Kerouac estate to “interpret” On the Road. Ugh.